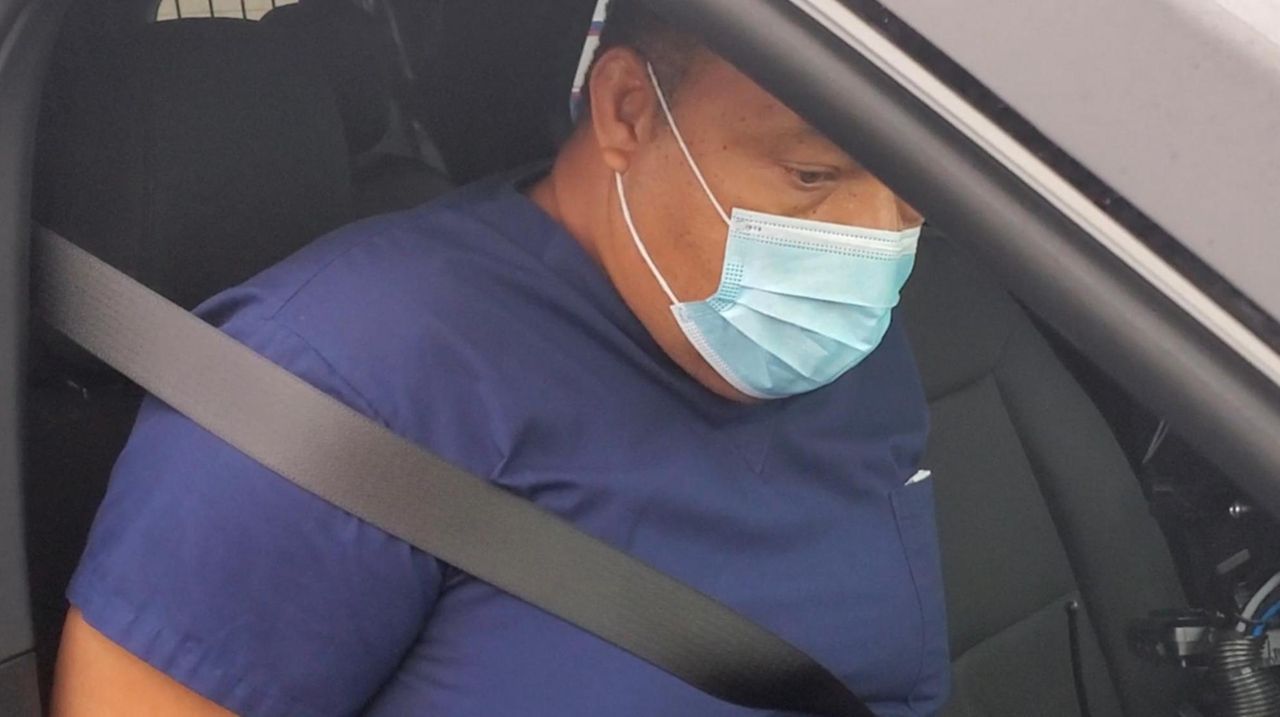 This story was reported by Rachelle Blidner, Robert Brodsky, Robert E. Kessler and Michael O’Keeffe. It was written by Brodsky.

Suffolk County Legis. William Spencer, a physician who championed public health initiatives and served on the county’s heroin and opiate epidemic advisory panel, was arrested Tuesday after he tried to swap oxycodone pills for sexual favors with a woman he thought was a sex worker, prosecutors said Wednesday.

Spencer (D-Centerport) pleaded not guilty at his arraignment Wednesday at First District Court in Central Islip to charges of third-degree sale of a controlled substance and third-degree criminal possession of a controlled substance, both felonies. Spencer, who faces up to 9 years in prison if convicted, was released on his own recognizance after surrendering his passport and firearm.

Suffolk prosecutors said Spencer, who represents the 18th District, had a long-standing relationship with a woman engaging in prostitution. On Tuesday evening, Spencer sent a text message to the woman's phone that said "tonight, trade," prosecutors said.

A drug enforcement agent had taken possession of the woman's phone and arranged to meet Spencer behind a Goodwill store in East Northport, prosecutors said.

Spencer, 53, dressed in medical scrubs, drove his county car to the meeting and was arrested, officials said. He was in possession of two pills of oxycodone, a powerful and highly addictive opioid, condoms and a loaded handgun. Spencer has a business permit for the gun that allows him to take the weapon to and from work, according to Suffolk District Attorney Timothy Sini.

"It is extremely disturbing that an individual is engaging in this type of behavior who is a sitting county legislator as well as a medical doctor," said Sini, who declined to discuss how Spencer obtained the pills. "Someone who has spoken about drug prevention and substance abuse disorder. Obviously that's very troubling."

Spencer's attorney, Mark Goidell of Garden City, said his client "dedicated his life to the well-being of the community, his family and his patients. Nothing about these charges diminishes those contributions."

Spencer's legislative biography says he was ordained in ministry in 1993 by the Connecticut Missionary Baptist Association.

Spencer declined to speak to reporters when he left the courthouse Wednesday but nodded affirmatively when asked if he was being targeted.

The case against Spencer began in September when a female sex worker, who occasionally worked as an informant to Nassau police detectives, died of a heroin overdose in a Massapequa motel, according to two law enforcement sources with knowledge of the case. Detectives recovered the woman's cellphone and began investigating her calls and text messages, the sources said.

The text messages showed Spencer and the woman had several previous meetings, at least one time in the parking lot of a Deer Park supermarket, the sources said.

During the sting operation, undercover agents, posing as the woman, asked Spencer if he could supply her with drugs in exchange for some of her fee, the sources said.

DEA investigators and Nassau detectives used the woman's phone to set up other sting operations, leading to the arrest of the drug dealer who sold her heroin and a Nassau doctor who is accused of illegally providing the woman with prescriptions for Xanax and Klonopin, two powerful drugs to treat anxiety.

Sini, who declined to comment on any additional arrests in the case, said authorities learned that Spencer was exchanging pills for sex during the course of an unrelated DEA investigation and that additional charges are possible. Law enforcement, he said, is executing search warrants and "uncovering additional crimes committed by Dr. Spencer."

The impact of Spencer's arrest on his political career was not clear Wednesday. County law does not require a legislator to step down due to an arrest, said Luann Dallojacono, a spokeswoman for the Legislature.

"The allegations being made against Legis. William Spencer are extremely serious," said presiding officer Rob Calarco (D-Patchogue) in a statement before Spencer's arraignment. "We have very little information and at this time, I will not be making any further statement."

Spencer is a pediatric otolaryngologist — an ear, nose and throat doctor — with his own private practice, Long Island Otolaryngology and Pediatric Airway in Huntington, and is the former president of the Suffolk County Medical Society.

Spencer, married with three children, has been suspended by Huntington Hospital, where he had admitting privileges and was previously chief of otolaryngology.

"Dr. William Spencer is not an employed physician at Huntington Hospital but has privileges as a voluntary physician with his own private practice. His privileges at the hospital have been temporarily suspended pending further investigation," a hospital spokeswoman said.

First elected in 2011, Spencer serves as the legislature’s majority leader, is chairman of the Health Committee and is a member of the Public Safety Committee. Other lawmakers call him "Doc" and frequently defer to his expertise on health issues.

He is a member of the county's heroin and opiate epidemic advisory panel and supported an effort to sue opioid manufacturers in 2015 to recoup county costs for health and police services related to the crisis.

In an interview last year, Spencer acknowledged the role doctors have played in the prescription drug crisis.

"We acknowledge that we are part of this and that we have to be part of the solution," he said.

Spencer was behind successful efforts to raise the county's smoking age from 19 to 21, to charge for plastic bag use, limit vaping for children and young adults and he most recently unveiled a voluntary townwide diet program for Huntington.

Keith Scott, director of education at the Safe Center, which provides services to victims of sex trafficking, called the allegations against Spencer "egregious and disturbing" as the opioid epidemic has left addicts vulnerable to coercion and victimization.

"It is a textbook case of predatorial behavior when someone manipulates a weakness for one's personal gain or sexual gratification," Scott said.

News of Spencer's arrest surprised many in county politics.

Suffolk Democratic Party chairman Rich Schaffer said Spencer has been a "stellar" legislator "who has had the right approach" on serious issues.

"I’ve always known him, and I think everybody in the community knows him, to be a very upstanding medical doctor, minister, legislator and person," he said.

"This alleged act was an attempt to abuse his position of power and trust, prey on women and take advantage of those he believed were prisoners of addiction," Garcia said.

Legislative Minority Leader Tom Cilmi (R-Bay Shore) said he was "shocked" by the arrest but declined to weigh in on calls for Spencer to resign.

"In light of everything we’ve seen in our country over the last few years regarding the victimization of women and the opioid crisis, these are extremely serious allegations on many levels," Cilmi said.

Legis. Rudy Sunderman (R-Shirley) was indicted last year on perjury charges for allegedly lying to the county Board of Ethics about his position at the Centereach Fire District. Sunderman called the allegations "untrue" and vowed to remain in office.