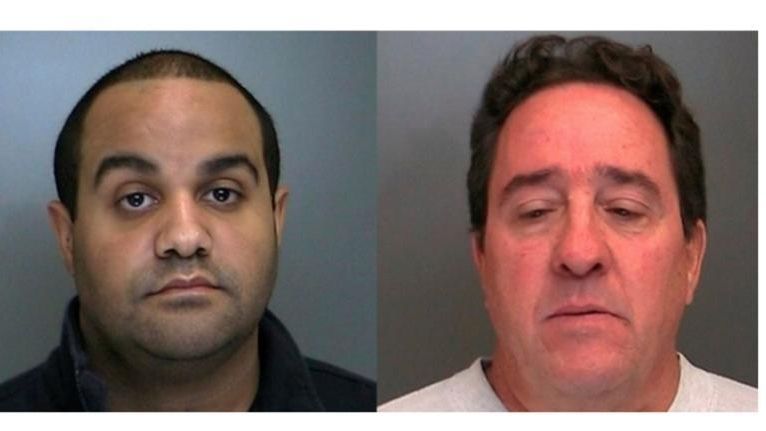 Alexander Cottrell, of Hauppauge, and William Reinhardt, of West Islip, have been charged with a criminal sex act and endangering the welfare of a child after they engaged in sex with a 15-year-old boy who they met online, police said. Credit: News 12 Long Island

Two Suffolk County men have been charged after police said they engaged in sex with a 15-year-old boy who they met online.

Administrators from a local high school told Suffolk police last month that a student was having sex with two men he met on the website Grindr.com, police said. Police said they investigated, identified the two men and found that the men knew the boy was underage.

Alexander Cottrell, 29, of Carpenter Lane, Hauppauge, and William Reinhardt, 53, of Udalia Road, West Islip, were each arraigned Tuesday on two counts of third-degree criminal sex act and one count of endangering the welfare of a child.