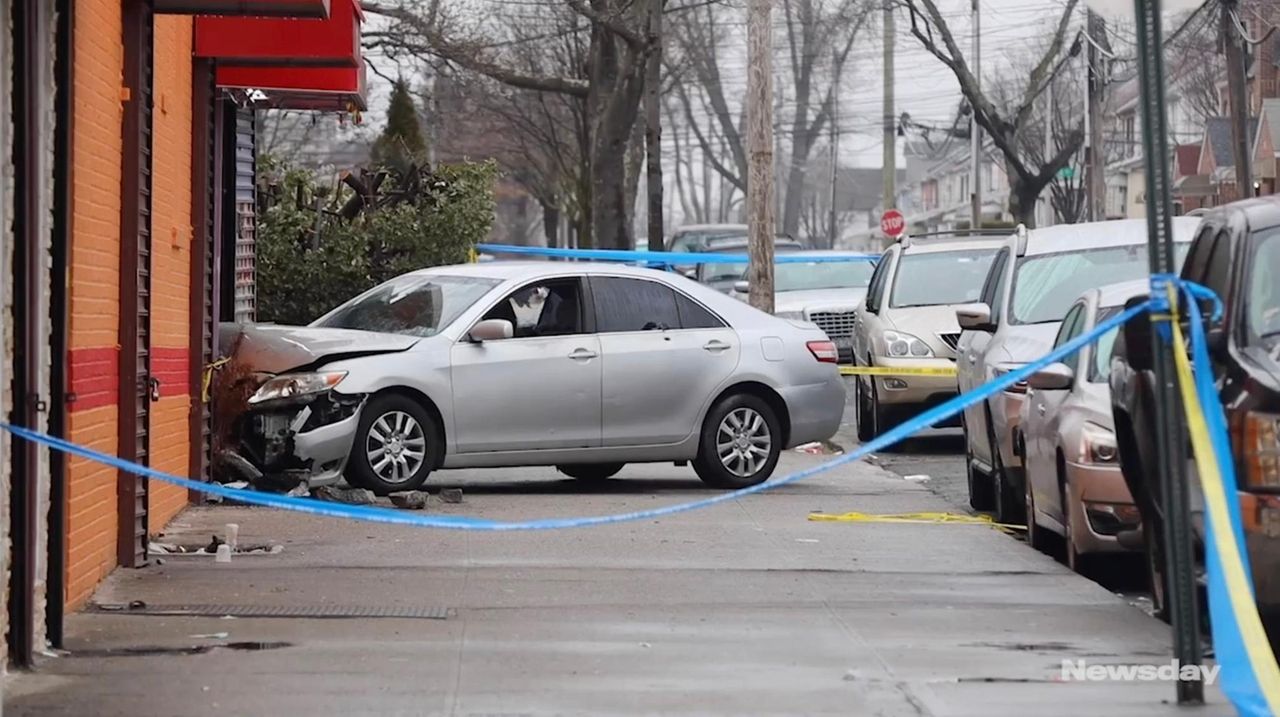 An investigation by Nassau County police Tuesday afternoon led to the fatal shooting of a 19-year-old man in Queens who was suspected of committing a carjacking earlier in the day in Garden City Park, authorities said.  Credit: Howard Schnapp

The fatal shooting of a man by Nassau police Tuesday in Queens came after he carjacked a Mercedes-Benz in Garden City Park and officers attempted to arrest him outside his Cambria Heights home, authorities said Wednesday.

Felix had a lengthy criminal record dating back to 2016 that included charges of unlawfully fleeing a police officer in a motor vehicle and resisting arrest, officials said.

Ryder described the Tuesday incident as a “police-involved shooting that resulted in a loss of life.” He declined to say if Felix was armed at the time or provide details of the circumstances that led an officer, or officers, to open fire, citing active investigations of both the NYPD and the Queens District Attorney’s Office.

“Our officers were faced with the circumstances that resulted in the use of deadly physical force,” Ryder said. “These officers were treated for trauma at area hospitals and continue to be monitored. We will continue to fully cooperate with the NYPD and the Queens District Attorney.”

A spokeswoman for Queens District Attorney Melinda Katz said the NYPD was investigating the shooting. The NYPD referred all inquiries to Nassau police.

The shooting came hours after a Nassau resident attempted to sell the Mercedes on social media and met Felix in a parking lot on Jericho Turnpike in Garden City Park, Ryder said.

Felix displayed a black firearm and pointed it “to the victim’s head and tells him to get out of the car,” the police commissioner said. Felix then fled the scene in the Mercedes.

The special operations officers were advised that the Mercedes owner identified Felix as the carjacker and he had a criminal record, including a pending charge of possessing a loaded firearm in Queens last April, Ryder said.

Before Felix was shot, officers attempted to arrest him in the late afternoon after he left his home and got into a car that was not the stolen vehicle, police said.

At least four Nassau special operations officers were at the scene at the time of the shooting, police said.

Ryder would not say whether Felix was driving at the time police opened fire, citing the ongoing investigation.

Witnesses Tuesday described a chaotic scene as gunshots rang out amid a commercial district crowded with shoppers and rush hour commuters. The smashed front end of a gray sedan remained wedged up against a beauty salon late Tuesday night as investigators examined the car and kept onlookers at a distance.

Felix’s family could not immediately be reached for comment.

E. Reginald Pope, president of the Long Island chapter of the Harlem-based National Action Network, said his group is planning a rally for noon Friday at the scene of the shooting to protest what he called the “extremely excessive” actions of Nassau police.

“The guy was wrong, if that’s what he did, took someone’s car…but they could have acted differently,” Pope said. “They were sitting on the house and watched him get in the car and drive off. Why didn’t they stop him from driving away?”

In response, Nassau police Det. Lt. Richard LeBrun said: "It is requested that the community be patient with regard to details of the investigation."

Felix’s criminal record — including allegations he shot someone in Queens last year — dated back to 2016, according to police. The dispositions of the charges were not immediately available.

He was last arrested Jan. 20 in Queens on charges of first-degree reckless endangerment, unlawfully fleeing a police officer in a motor vehicle, resisting arrest and other charges. He was also arrested and charged in Queens last April on allegations that he shot someone in the shoulder. Felony charges of second-degree criminal possession of a loaded firearm and other charges are pending.

Felix was also arrested in 2017 in Mineola and charged with assaulting a first responder. In 2016, he was charged with second-degree robbery in connection with the street robbery of an iPhone in Queens.