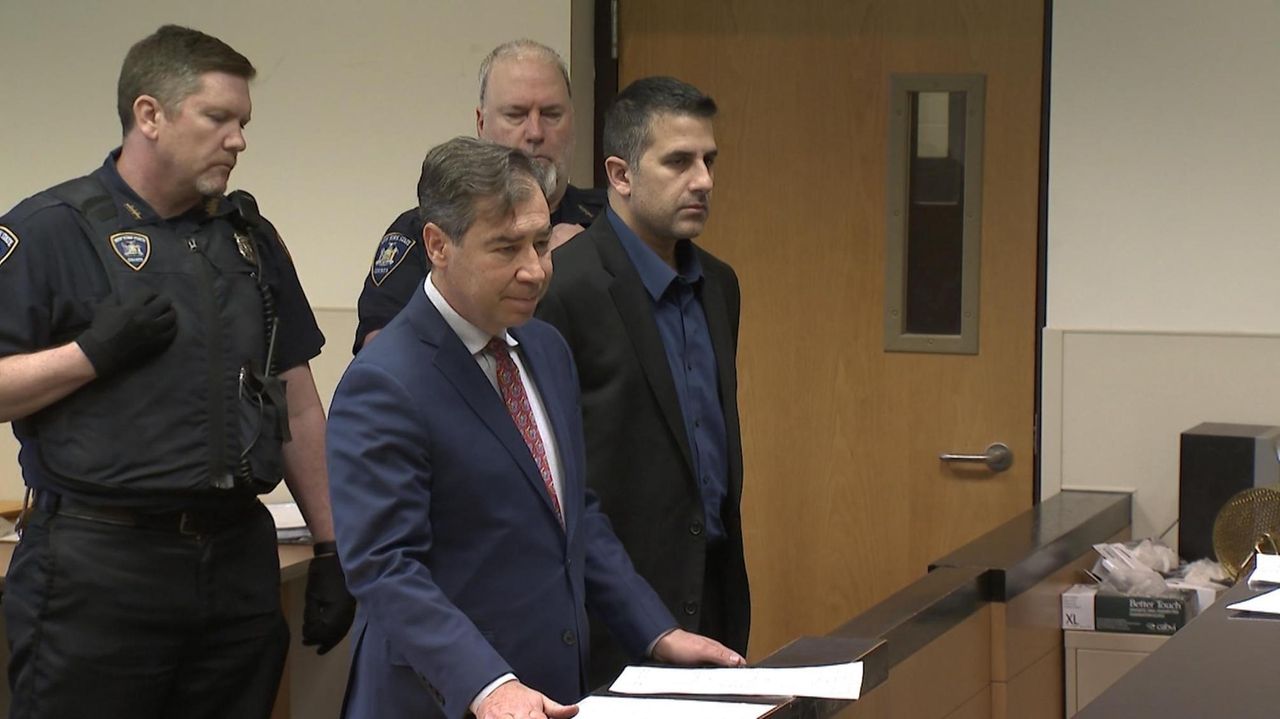 Thomas Valva’s death from hypothermia after allegedly being forced to sleep in an unheated garage was a tragic accident and the boy’s NYPD officer father charged with killing him is “emotionally distraught," according to his new court-appointed attorney.

John LoTurco, a Garden City-based attorney, was appointed Thursday to serve as a defense lawyer for Michael Valva, 40, of Center Moriches, after he was deemed unable to pay for his own attorney.

“Michael Valva is emotionally distraught over the death of his son Thomas Valva, however we contend that Thomas’ death was a nightmarish accidental death and clearly not a murder,” LoTurco said in a written statement he read to reporters after he and his client appeared briefly before state Supreme Court Justice William Condon in Riverhead. “Michael Valva is now being portrayed as a monster, when in actuality he’s a caring father of three boys and his fiancees’ three daughters.”

Valva, who had a haircut since his arrest and wore a dark suit and purple collared shirt that his lawyer had brought to him from his home, did not address the court Thursday.

LoTurco, who was heckled loudly as he defended his client in the the fourth floor courthouse hallway, said the garage where Thomas slept the night before he died was connected to the family home, was unlocked and contained a large electric space heater that was turned on at the time.

“The boys had access to the interior of the home that night," he said, declining to explain why Thomas, 8, and his older brother Anthony, 10,— both on the autism spectrum — were sleeping in a garage and whether the space heater was working at the time. He said the space heater would be examined.

"This case has psychological complexities that we will discuss at a later time in reference to why the boys were in the garage in the first place," said LoTurco, who added that his client will undergo a forensic examination.

LoTurco also stressed that his client "rendered aid to his son that day" by calling 911 and performing CPR — actions that Suffolk prosecutors have also said Valva took.

But Suffolk prosecutors have said Thomas was forced to sleep in the garage — on the bare concrete floor without a pillow or blanket — by Valva and Valva’s fiancee Angela Pollina, who has also pleaded not guilty to second-degree murder and child endangerment charges. Kerriann Kelly, chief of the Homicide Bureau, has said Thomas was also starved and beaten by both Valva and Pollina. Thomas died Jan. 17 from hypothermia, authorities said.

Asked about specific allegations made by prosecutors — such as Thomas' body temperature being only 76.1 degrees at the hospital on the morning of his death, and Thomas and Anthony digging for food in the trash and coming to school urine-soaked — LoTurco said he was still reviewing the case.

LoTurco, who said he is being assisted on the case by defense attorney Anthony LaPinta, added that he is contemplating seeking a change of venue because of the pretrial publicity in the case.

“The media, his estranged wife and the Suffolk district attorney has vilified him and sensationalized this story whereby it is almost impossible to obtain a fair trial in this jurisdiction on his behalf," he said. "Nonetheless, we vow to provide him with the most zealous representation possible."

LoTurco said while Suffolk County District Attorney Timothy Sini has described the Valva home as a "house of horrors," he said he has been to the home, which he described as a "beautiful" four-bedroom Colonial "filled with love, six children, toys, stuffed animals, games, closets filled with expensive clothing, family photos and mementos.”

Thomas’ mother, Justyna Zubko-Valva, who spoke at the courthouse, said Valva was hiding money and he shouldn't get a taxpayer-funded attorney.

Zubko-Valva, who was on the verge of tears, added: "The court failed to completely investigate his financial situation. ...I'm doubting that the justice is going to be served at this point."

LoTurco said Valva is on suicide watch — confined to his cell 23 hours a day and under constant monitoring in the Suffolk County Jail in Yaphank — where he has visited him twice so far. He said his client has not threatened suicide, but “based on the [Jeffrey] Epstein affair, the jail is not taking any chances.”

LoTurco, who was repeatedly shouted down by bystanders as he spoke to reporters and was later accompanied to his car by court officers, said several other attorneys turned down the assignment of representing Valva.

"They needed someone who would be able to handle the backlash because there's going to be backlash," he said. "It was a little obvious today. ...If you don't have lawyers who will uphold justice, then our system breaks down."