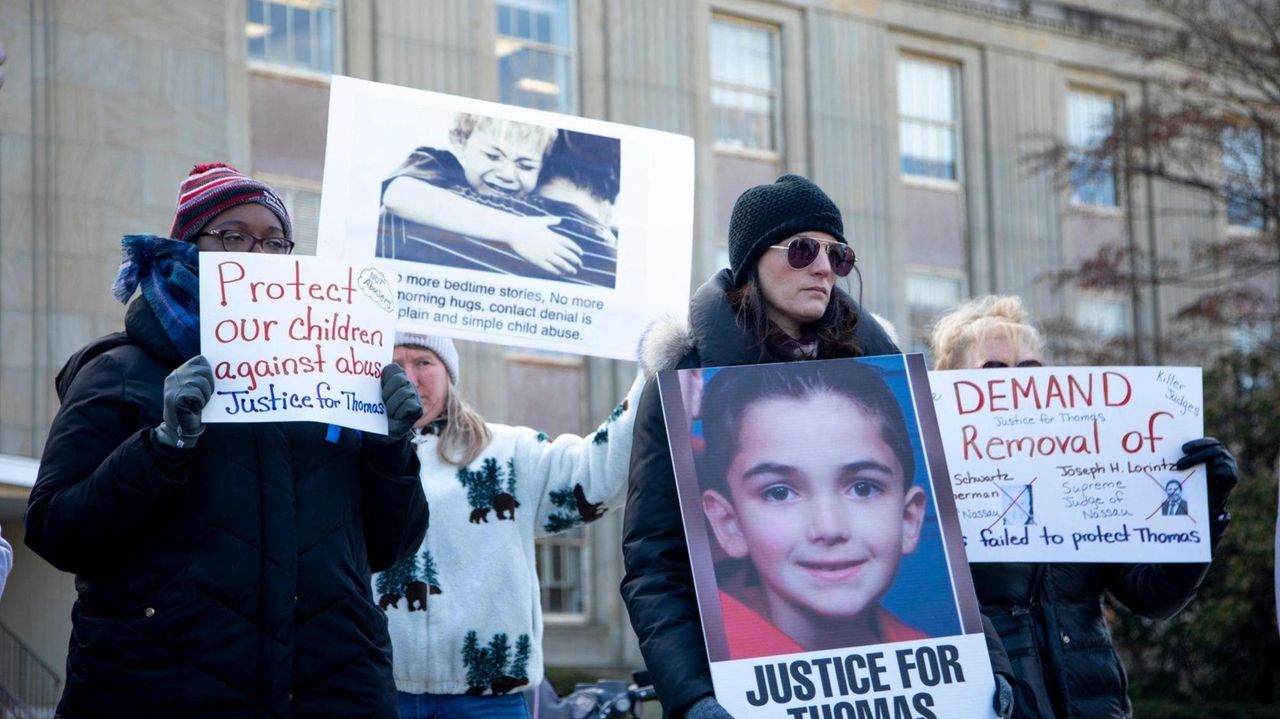 A Suffolk County grand jury has indicted an NYPD officer from Center Moriches and his fiancee in the killing of the man's 8-year-old son, prosecutors said, in a death that has prompted several probes and generated widespread community outrage.

The indictments against Michael Valva, 40, and Angela Pollina, 42, were announced Wednesday during brief status conferences in First District Court in Central Islip. Neither defendant was present in the courtroom.

Authorities said Thomas Valva died Jan. 17 from hypothermia after allegedly being forced to sleep in an unheated garage when outside temperatures fell to 19 degrees.

The charges in the indictment were not specified. The pair pleaded not guilty last week to charges of second-degree murder in the boy's death. They're expected to be arraigned on the indictments in Suffolk County Court in Riverhead next week, officials said.

Matthew Tuohy, the Huntington-based attorney for Pollina, who previously worked in hospital operations, said in an interview after the conference that his client was "not the cause of" Thomas' death.

"A lot of people are grieving right now; I'm sensitive to that," said Tuohy, referencing the impact that Thomas' death has had not only on his family, but on the community at large. "Nonetheless, in my conversations with her, she's maintaining her innocence 100 percent. She's not the cause of his passing away, his death. It's tragic. But she's saying that she's not part of that, irrespective of all the inner workings of that household."

Valva’s attorney, Austin Manghan, of Riverhead, told the judge he’ll no longer be representing him after the case is officially transferred to County Court. After the conference, he declined to comment.

When Michael Valva and Pollina were arrested Friday, Suffolk prosecutors said Thomas was forced to sleep uncovered in the garage when the external temperature was below freezing. The boy's body temperature was just 76 degrees when taken at the hospital on the morning he died, Suffolk Police Commissioner Geraldine Hart said.

More than two dozen protesters rallied outside Nassau County Court Wednesday morning, demanding reforms to the Family Court system, with some holding signs saying "Justice for Thomas" and "Protect our children against abuse."

Lucian Chalfen, a spokesman for the state court system, said in a statement: "Other than the parties directly involved in both the matrimonial and custody cases, no one has any knowledge of the facts and circumstances, along with the emotional issues and inevitable complexities, that led to the decisions made by three separate judges, in both Nassau and Suffolk Counties, during their numerous court appearances.”

County Executive Steve Bellone on Monday night announced an internal review of the Department of Social Services' actions in the case.

After the arrests of Valva and Pollina, DSS filed a petition alleging the two severely abused the six children in their custody, including Thomas. The couple have issued denials to the DSS allegations through their attorneys. .

The state Office of Children and Family Services is also conducting an independent review of the case, officials said.

Lawmakers question county review of 8-year-old boy's deathMinority Leader Tom Cilmi said that if he doesn't get answers quickly about the circumstances around Thomas Valva's death, he'll demand an outside investigation.