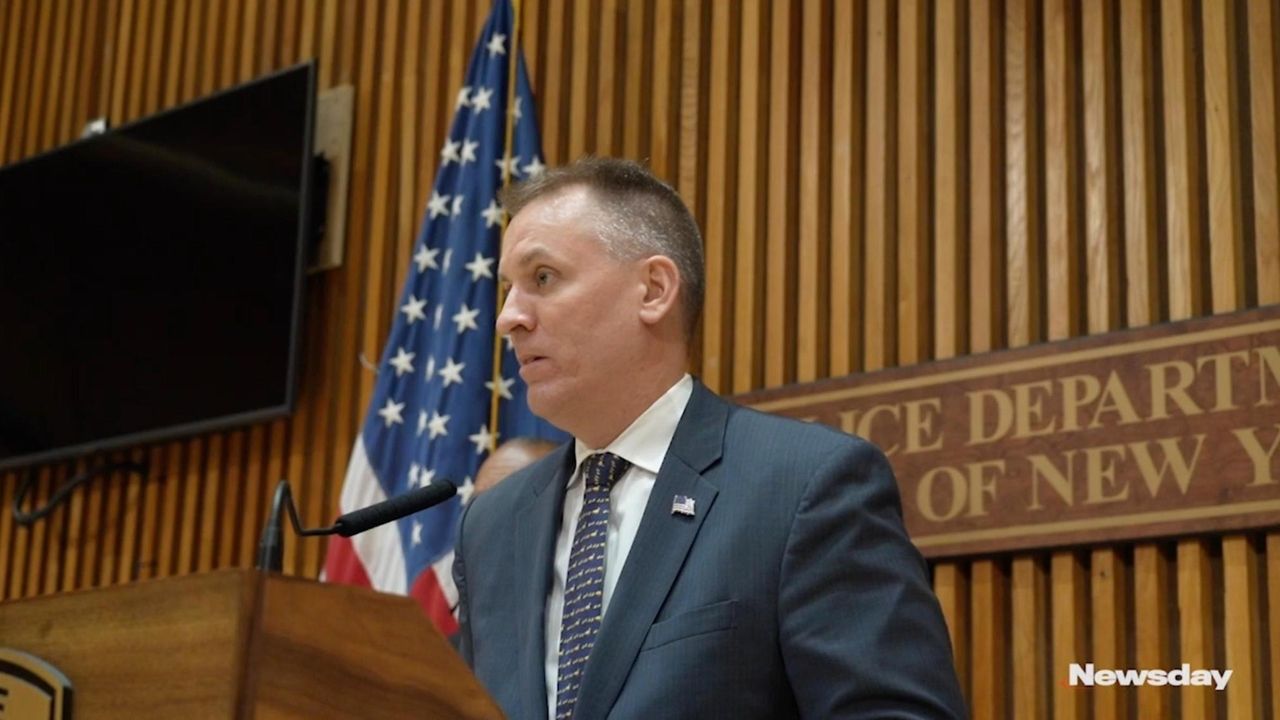 The suspect in Saturday's Times Square shooting that wounded three tourists, including a 4-year-old girl, was arrested Wednesday in the parking lot of a Florida McDonald’s restaurant, officials said Wednesday.

Farrakhan Muhammad, 31, offered no resistance as a task force of U.S. Marshals and local police in Starke, Florida, took him into custody as he ate French fries with his girlfriend, NYPD officials said at a news conference. As of late Wednesday, Muhammad remained in the custody of the Starke Police Department where he was awaiting extradition proceedings. Charges are pending, officials said.

The shooting of the three innocent bystanders rocked the city’s top tourist area and reignited more discussion about the surge in violence.

"While there is no joy today, there is justice," NYPD Commissioner Dermot Shea told reporters as he announced Muhammad's arrest, which followed an intense interstate search involving federal investigators and local police in a number of states.

Muhammad, described by police as an itinerant seller of CDs in Times Square with a relatively minor criminal record, was identified within hours of the shooting and eventually traced to a hotel at 500 W. 42nd St., said NYPD Chief of Detectives James Essig.

Detectives saw Muhammad leave the hotel with his girlfriend, and in the process, dispose of certain items of clothing that cops recovered, Essig said, adding that the suspect had trimmed his hair to change his appearance.

The gun used in the shooting has not been recovered although three shell casings were found and are undergoing analysis for any DNA evidence, Essig said. Muhammad was apparently aiming for his brother, Essig said, but investigators haven't yet pinpointed the motive.

Essig revealed no details of the search but said law enforcement learned through a variety of "investigative measures" that Muhammad had left New York and video surveillance recorded him and his girlfriend in Fayetteville, North Carolina.

While driving to Fayetteville, Muhammad went to a store where he picked up some provisions, including food for two dogs traveling with the couple, according to Essig.

A number of joint federal-state task forces were involved and handed off the surveillance as Muhammad traveled farther south. During the arrest, police said that Muhammad’s girlfriend appeared to be the one driving the car. She was not identified or arrested, police said.