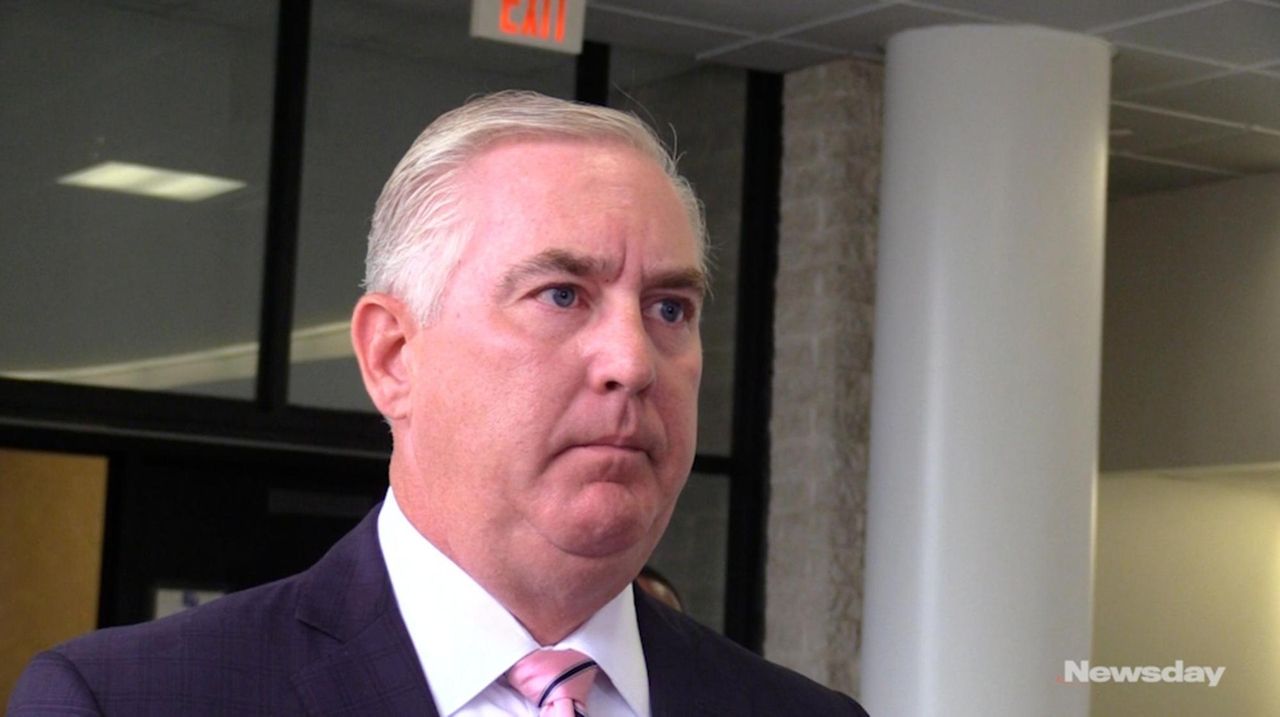 The Medford mother accused of killing her 2-year-old twin daughters last month appeared Wednesday for her arraignment in a Riverhead courtroom on two counts of first-degree murder and two counts of second-degree murder.  Credit: James Carbone

A Medford mother with a history of mental illness smothered her twin 2-year-old girls last month before driving their bodies to a Suffolk County park in Montauk, a prosecutor said Wednesday while explaining the basis of increased charges against the woman.

Tenia Campbell, 24, stood quietly at her arraignment in a Riverhead courtroom as her attorney, John Halverson of Patchogue, entered a not guilty plea on her behalf. Her only words were to say her name when state Supreme Court Justice Richard Ambro asked her to identify herself.

Ambro ordered Campbell to be held without bail and continued a suicide watch already in effect since her arrest on June 28. At Halverson’s request, the judge also ordered that Campbell undergo a psychiatric evaluation.

Kerriann Kelly, chief of the Suffolk district attorney’s office’s Homicide Bureau, said in court that autopsies of Jasmine and Jaida Campbell showed the twins died of “manual asphyxia.” Outside the courtroom later, Kelly explained the twins were killed by having their mouths and noses covered. Kelly said Campbell told police she did so with her hands, but that’s the only evidence of how she did it

“I killed them,” Campbell told police, according to Kelly. “The kids are dead in the car. I killed them with my hands. I can’t kill myself, so someone is going to find me and I’m going to jail.”

Kelly would not say where Campbell killed the children. She was found with the dead girls at the entrance of the Third House Nature Center in Montauk after a desperate search by State Police, county park police, Suffolk police, Southampton Town police and, ultimately, the East Hampton police, which found her.

The search started when a woman called 911 and said her daughter was suicidal and intended to kill the twins. It took an hour and a half to find her in Montauk.

Halverson said he will rely on his client’s history of mental illness for the defense. “It’s the main issue in the case,” he said outside the courtroom.

“This is a horrific tragedy,” he said. “Her family is supportive. Obviously, they are devastated, heartbroken and angry.”

Campbell’s aunt, Cindy Campbell, watched the arraignment and voiced support for Tenia Campbell as she left with her own young children.

“God allowed what happened to happen,” she said.

Kelly said the prosecution will seek its own psychiatric evaluation of Campbell, adding that she expected that exam would not support an insanity defense.

Campbell’s mother, Vanessa McQueen, 48, of Mastic Beach told police her daughter, a home health-care aide, had a history of bipolar disorder and depression, and that she had been acting irrationally in the days leading up to the killings.

“All Tenia would say was that it’s too late. I killed my babies and now I have to be with them,” McQueen said in the statement, included in court records. “At one point, she said she was going to find the ocean and walk into it and drown so she could be with her babies in heaven.”

During the conversation, Campbell told her mother she had killed the twins “with my bare hands,” McQueen said in her statement.

McQueen told police, “I tried to convince her to take a break from the kids and let me have them so she could recharge herself but she always says she can handle it.”

Photos on Campbell’s Facebook page show her daughters celebrating their first birthday in April 2018, dressed in matching pink and purple tutus and sucking on lollipops. They are surrounded by multicolored balloons.

In that post, Campbell writes that her children “have managed to stress me out to maximum capacity and still make me extremely happy. Such a blessing and a headache it is to have twins. I love you girls till the death of me.”