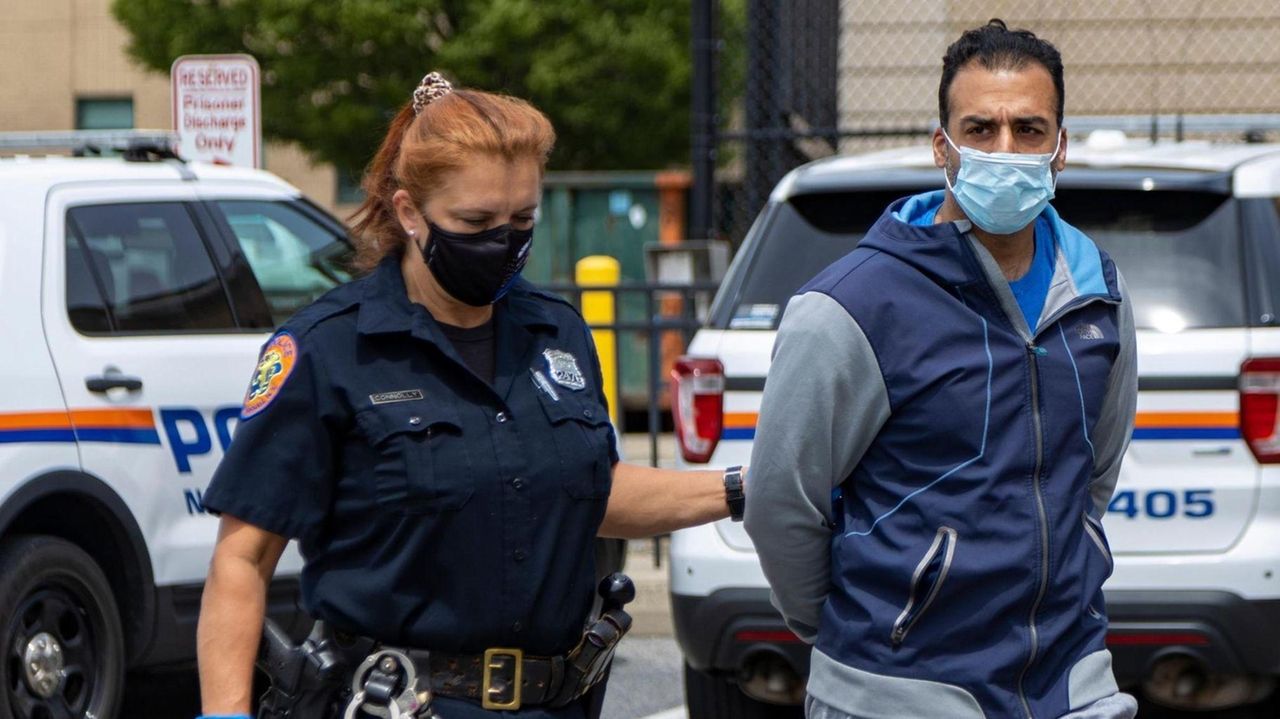 The screams of a grandmother and the quick actions of an uncle saved a 3-year-old girl when an alleged drunken driver careened onto a sidewalk in an otherwise quiet neighborhood on Memorial Day afternoon in Syosset, Nassau County police said.

The girl suffered abrasions to her face and legs after she was grabbed and shielded by her 33-year-old uncle, who suffered facial fractures when he was hit by the gray 2020 Hyundai sedan near the intersection of Ann Drive and Betty Street at 4:36 p.m. Monday, police said.

The victims, who were not identified, were transported to nearby hospitals by police ambulance, police said.

The driver of the car, identified in a felony complaint as Varun Datt, 36, of Syosset, was arrested by Second Precinct officers at the scene.

Police said Datt had "red glassy eyes" and "slurred speech" and that officers determined he was intoxicated.

The felony complaint against Datt said he "was in possession of … 3 50 ml Jack Daniels bottles," which were "recovered from the front pockets of the sweatshirt he was wearing" — and said two were empty, the third bottle full.

The complaint noted Datt has a previous DWI conviction within the past 10 years, though details of that conviction were not immediately available.

The department initially incorrectly identified the suspect as Datt Varum.

Court records indicate Datt, represented by a Legal Aid attorney, was released following his arraignment Tuesday in Mineola but was ordered to check in with the probation department. Records also say his license was suspended.

His next scheduled court appearance is June 9.

Police said the girl was on the sidewalk outside the home on Ann Drive when her grandmother saw the car and screamed. The complaint described the vehicle traveling "at a high rate of speed."

It was then, police said, that the girl's uncle grabbed her, shielding the toddler as the Hyundai "left the roadway on the wrong side" of the street, striking both the girl and her uncle on the sidewalk. The Hyundai then hit a parked 2019 Hyundai, police said.