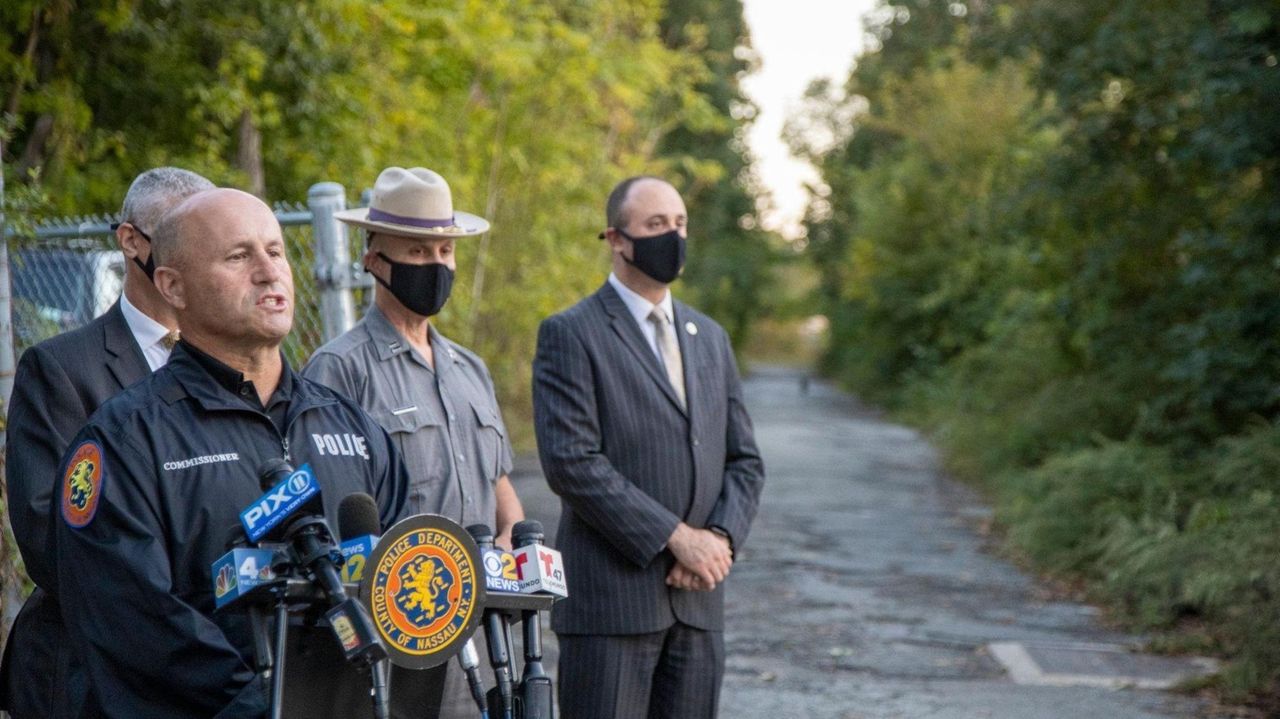 Nassau County Police Commissioner Patrick Ryder speaks at a press conference about the discovery of the body of a person he said was killed years ago by MS-13 gang members.   Credit: Howard Schnapp

The body of a person believed to have been killed years ago by the MS-13 street gang was found Tuesday afternoon buried in a wooded area in Uniondale, according to the Nassau County police commissioner.

Prompted by a tip, police used a dog that led them to the body, which was located inside the restricted area of a Town of Hempstead public water supply, Police Commissioner Patrick Ryder said.

"Our homicide guys went out with information that led them to a location," which Ryder described at a news conference Tuesday night as "a shallow grave." He added: "Along with assistance from the New York State Police and their dog, they were able to locate that grave and to start to uncover the remains of one of our victims."

Ryder did not disclose the name, gender or age of the deceased but said investigators have an idea of who the person is, adding that the victim may be among a group of people who went missing in 2016 or 2017. 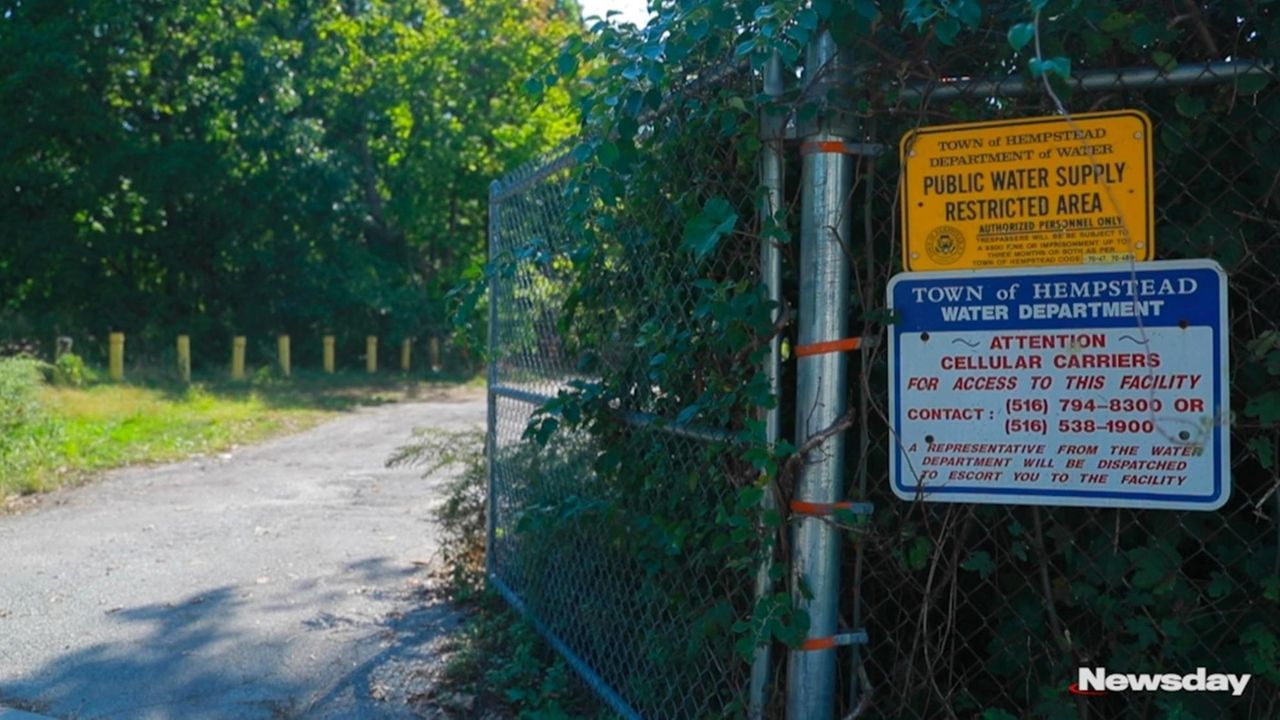 Police discover remains of a body in Uniondale believed to be killed by MS-13 Police say human remains found in Uniondale Tuesday are linked to MS-13. The police commissioner says the body has likely been there since 2016 or 2017. Newsday's Cecilia Dowd gets neighbors' reactions.  Credit: Newsday / Raychel Brightman; James Carbone

He said the body is one of 16 people found throughout the county in recent years and believed to have been killed by MS-13, or Mara Salvatrucha, an international gang that began in Los Angeles four decades ago but which has expanded to Long Island and across the country as well as a half-dozen other countries.

Newsday reported last year that MS-13 had been forced out of wooded areas in Nassau -- where gang members plotted killings and sometimes buried bodies -- due to local government scrutiny, and had begun using abandoned buildings and empty foreclosed homes.

The body discovered Tuesday was about 300 yards inside the supply site, near Hempstead Boulevard and Sterling Street.

Six of the 16 bodies Ryder referenced were discovered buried in shallow graves, likely the doings of MS-13, he said.

"Our interviews continue, our evidence gathering continues, cooperation continues, and again, we’ll keep pushing till we put all of these savages behind jail and keep them there," Ryder said. "We believe that they are all there now, and we’ll keep going after them till they’re all arrested."

Ryder said homicide detectives had twice before visited the location where the body was found Tuesday, because their sources directed the detectives there.

"Not too deep, a pretty shallow grave site, but again, covered up enough that it’s been there since we believe 2016 or '17, he said.