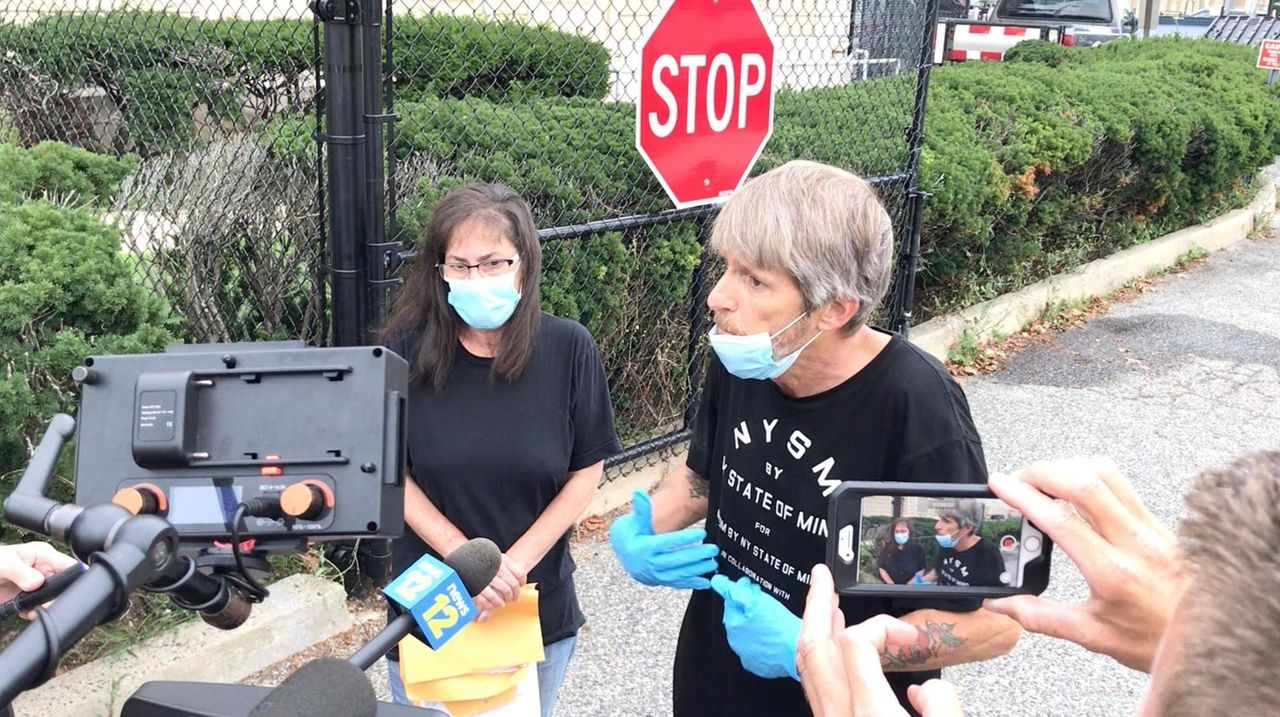 Nassau authorities arrested two Valley Stream residents Monday for allegedly harassing the Black woman who lives next door to them after an ongoing dispute between the neighbors that she says was racially motivated.

Nassau District Attorney Madeline Singas says her office found "a pattern of harassing conduct" against the defendants' neighbor, Jennifer McLeggan, that led to the arrest of John McEneaney, 57, and Mindy Canarick, 53.

After their arraignments, Singas released a video message saying, in part, that there wasn't evidence of any hate crimes.  "While we did not find evidence to support a hate crime charge, this kind of persistent harassment is never acceptable," she said.

Both defendants, who are white, pleaded not guilty in virtual arraignments in Hempstead District Court. They also agreed to follow a protective order that demands that they stay away from McLeggan.  McEneaney was arrested Monday morning on misdemeanor charges of fourth degree criminal mischief and first-degree harassment.  His girlfriend, Canarick, was arrested on a third-degree criminal tampering charge —also a misdemeanor.

Singas said the alleged conduct by McEneaney and Canarick "crossed the line between being a bad neighbor and into the realm of criminality."

The dispute between the neighbors led to large community protests in support of McLeggan, 39, after the registered nurse put a sign on her Sapir Street home last month detailing her complaints.

“My neighbors have been racially harassing me since I purchased my home … They have said that I can be erased … I live in FEAR in my home,” it said in part.

McLeggan, who has a 2-year-old daughter, has said other alleged abuse included feces and dead squirrels being left by her house, the neighbors having “guns seen on video,” McEneaney wearing blackface and also using a blow torch.

The district attorney said she ordered an investigation after McLeggan put the sign on her door. She said investigators interviewed neighbors, witnesses and code enforcement officers and also reviewed surveillance video.

The probe found "a pattern of harassing conduct against Miss McLeggan including the neighbors allegedly throwing feces on Miss McLeggan's lawn and repeatedly shooting a pellet gun in a dangerous way, leaving pellets on her lawn and at least 20 pellet indentations on a street sign," Singas said.

Prosecutors alleged the harassment began after McLeggan moved into her home while pregnant in April 2017 and continued until last month.

McEneaney's charges allege that he regularly shot pellet guns in his backyard "often in a trajectory over Complainant's backyard," putting McLeggan in reasonable fear of injury. Authorities said he surrendered the pellet guns to Nassau police last month.

McEneaney is also charged with intentionally damaging a nearby street sign.

Canarick's charge alleges McLeggan saw her "deposit what appeared to be feces" in front of McLeggan's home in May 2019.

Manhattan attorney Heather Palmore, one of McLeggan’s lawyers, said Monday that the aggression her client endured went on too long.

“For years, she felt unsafe coming to a place where she should've felt the safest, her home,” the attorney said. "The fact that it took the community coming together and rallying behind Jennifer as well as widespread media attention about the case for the police to finally pay attention to her is appalling and ridiculous.”

Palmore also said “the bar for achieving criminal justice” is set much higher for Black people, who “face so many added obstacles and hurdles just to be heard.”

But McEneaney called the allegations "absolutely ridiculous" after he was released on his own recognizance following his arraignment.

Canarick said she didn't leave feces on McLeggan's property, but actually bent down and tried to pick it up.

McLeggan tweeted out thanks to Singas on Monday for what she dubbed "arresting my tormentors."

Singas also said McLeggan's sign left her "heartbroken," and added: "I hope that she and her daughter can sleep better tonight knowing that we have her back."