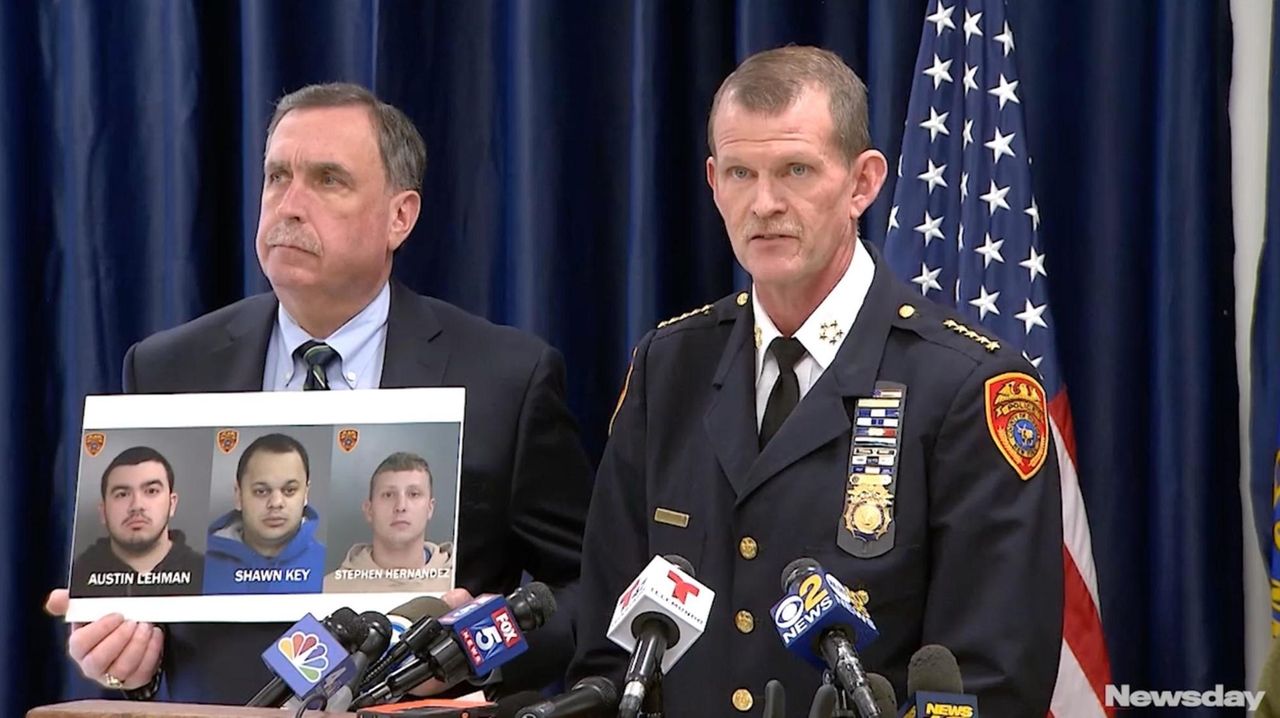 Two volunteer firefighters were charged with intentionally setting five abandoned houses on fire in Central Islip and Hauppauge, Suffolk police said Tuesday, while a third firefighter was charged in connection with one of the arsons, police said.

The Central Islip volunteers allegedly poured gasoline in the homes and ignited them with a lighter, court records show. They would later respond to help extinguish those same fires, authorities said. There were no injuries, police said.

“Responding to a structure fire is extremely dangerous and what they did was put their fellow firefighters in jeopardy,” said acting Suffolk Police Commissioner Stuart Cameron, who declined to comment on any possible motive for the fires.

Austin Lehman, 19, of Vanderbilt Avenue, and Stephen Hernandez, 25, of Ridgewood Avenue, both of Central Islip, each was charged with five counts of third-degree arson, stemming from fires between October and January, police said.

The arrests come after arson detectives noticed a pattern in the fires, Cameron said. The Central Islip Fire Department assisted in the investigation, police said.

All three volunteers pleaded not guilty in First District Court in Central Islip at their arraignment, officials said. Bail information was unclear as of late Tuesday.

Key’s attorney, James DeFelice of East Islip, said, “As the facts come out we believe that Mr. Key will be exonerated.”.

Christopher Gioe of Hauppauge, Lehman’s attorney, also said his client was innocent. “He’s a volunteer fireman. He wouldn’t be engaging in this type of conduct,” Gioe said.

Hernandez’s attorney did not return a request for comment.

Four of the fires were in Central Islip. Officials with the Central Islip Fire Department issued a statement that said they would continue to cooperate with the investigation. “This is a very serious matter and we are extremely shocked and disheartened to learn of these allegations,” said a fire department spokeswoman in a statement.

5 ways to send story tips to Newsday Do you have information that might lead Newsday to an important story, or an investigation? A document that starts us on the trail? Here are five ways for you to send our journalists tips, documents and data with a range of security options.