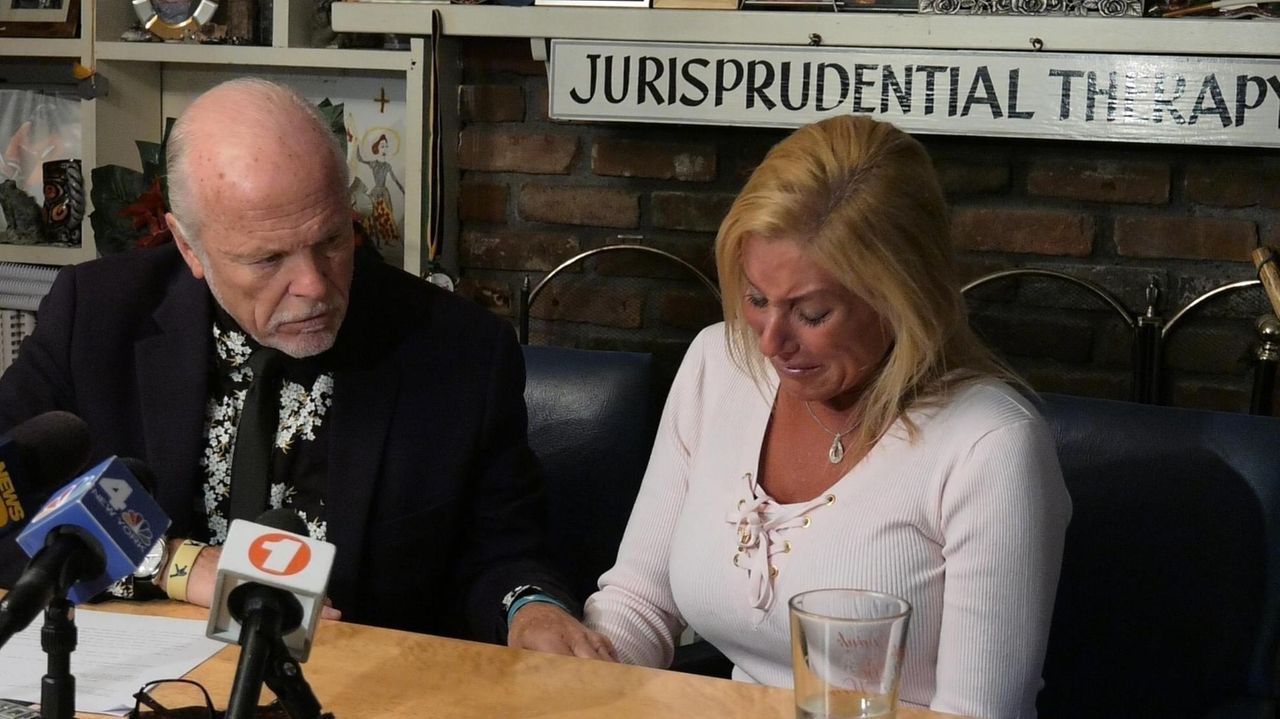 But Backman's attorney said the woman, Amanda Byrnes, is lying and pointed to her lengthy criminal record, which includes charges dating back more than a decade of falsely reporting an incident to police, aggravated harassment and resisting arrest.

Backman, 60, a key member of the 1986 World Series championship team, was arrested by Riverhead Town police on Aug. 30 after a domestic dispute at Byrnes' Riverhead home.

Authorities said Backman, of Deer Park, threw Byrnes against a wall, twisted her arm and hand and took her cellphone, preventing her from calling police. He was charged with second-degree harassment and fourth-degree criminal mischief and is due back in Riverhead Town Justice Court Oct. 29.

During a news conference Tuesday in Miller Place, Byrnes, 39, called the incident a "nightmare" that left her in fear for her life.

She said Backman had been drinking heavily the night before at the Ducks' Central Islip stadium and that he later became belligerent at her home. Backman, she said, attacked her in a jealous rage after accusing her of engaging in a sexual relationship with a Ducks player. The lawsuit accuses Backman of using an ethnic slur against the player and threatening to deport him to his native country.

"My everyday lifestyle has changed," she said, noting that she now has trouble sleeping and that her pacemaker became displaced during the incident, causing her severe pain. "I live in fear since this happened. My life has changed dramatically."

"He did not commit any of the acts included in the complaint," Civardi said. "Not one of the allegations is remotely true."

Civardi said Byrnes has made nearly identical claims of domestic abuse against several other men, including an East End police officer. A 2008 court order that stripped Byrnes of custody of one of her three daughters said she suffers from bi-polar disorder and has a "histrionic disorder" that affects "her mood and behavior."

John Ray, Byrnes' attorney, said his client has been the subject of past domestic abuse and has never filed a false report with the police.

"They are smearing the victim," Ray said. "This is the standard attack with every sexual abuse … victim in this country. It is done over and over and over again."

The suit contends the Ducks were aware of Backman's excessive drinking before, during and after games but did nothing to stop him.

"The Ducks allowed this rampant alcoholism to take place on its premises, with their permission and their assistance," Ray said.

Long Island Ducks president and general manager Michael Pfaff declined to comment, citing the pending litigation. The team has stood behind Backman since the incident.

After the 2004 season, he was introduced as the manager of the Arizona Diamondbacks but was fired four days later after news of two previous arrests and financial difficulties came to light. In 2001, he was charged in Oregon with misdemeanor harassment in an incident involving his wife, Sandi. A year earlier, Backman was charged with DUI. In 2003, he filed for Chapter 7 bankruptcy protection.

Byrnes' suit asks for an undisclosed amount of damages that Ray said would be several million dollars.