NYPD Officer Michael Colangelo, a K-9 officer from Huntington Station who was killed in the Sunday crash, and his partner, Jimbo, are seen participating in explosive detection training on Jan. 25. Credit: NYPD

State Police investigators have interviewed the lone survivor of an upstate wedding day crash that killed two off-duty NYPD officers from Long Island, one of them the groom, a police spokesman said Tuesday.

Investigators spoke to Cody Kalina, 28, of Wantagh, who was in the backseat of the rented 2018 Maserati that crashed Sunday near the upstate resort where NYPD Officer Michael Colangelo had been married hours earlier. But Kalina’s statements — and those of wedding guests interviewed — were not released.

Autopsies on the two officers — Colangelo, 31, a canine officer from Huntington Station, and Det. John M. Martinez, 39, of Hauppauge — have been completed but results were not made available, police said. Toxicology test results won’t be ready for weeks.

There will be a wake for Colangelo at the Beney Funeral Home in Syosset Thursday from 2 to 4 p.m. and from 7 to 10 p.m., the funeral home said Tuesday. Services will be Friday at 11 a.m. at St. Edward

Martinez’s wake will be at the St. James Funeral Home in St. James Thursday, from 2 to 5 p.m. and from 7 to 10 p.m., the funeral home said. Services will be Friday at 10:30 a.m. St. Patrick’s Roman Catholic Church in Smithtown with burial at Holy Sepulchre Cemetery in Coram.

Meanwhile, investigators are still scouring the crash site in Shandaken, about a mile from the Full Moon Resort in Big Indian, where the Maserati hit a tree and overturned, ejecting the two officers. “Our Collision Reconstruction Unit is still processing the scene of the crash and the vehicle,” Trooper Steven Nevel said.

The two officers, who were not wearing seat belts, were pronounced dead at the scene. Kalina, who was wearing a seat belt, was taken to Albany Medical Center with injuries that were not life-threatening.

It was not clear Tuesday who was driving at the time.

At a Monday news conference, State Police Maj. Pierce Gallagher said the Maserati was traveling at an “excessive” rate of speed when it crashed. The speed limit on the road is 40 mph. 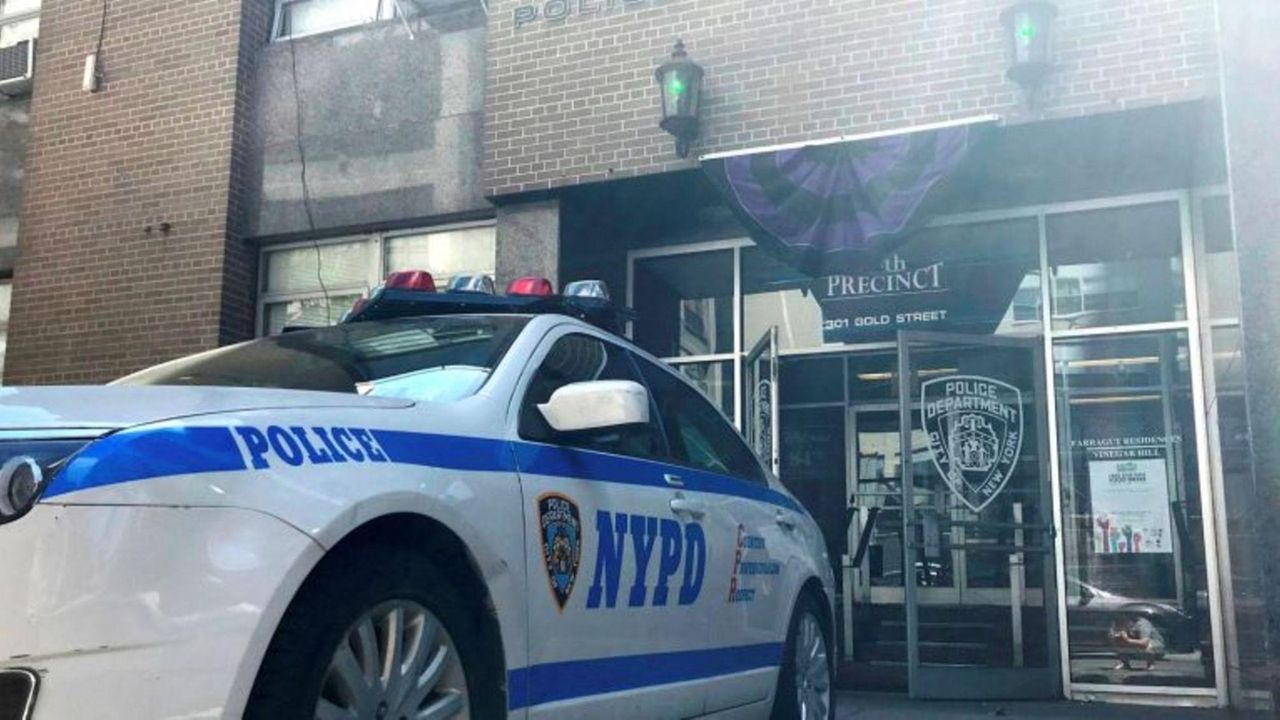 2 NYPD officers from LI die in crash Two off-duty NYPD officers from Long Island — one a groom on his wedding day — died late Sunday in a crash upstate in a rented 2018 Maserati, police said. Authorities identified the men as Officer Michael Colangelo, 31, the groom, of Huntington Station, and Det. John M. Martinez, 39, of Hauppauge. On Monday, May 21, 2018, State Police held a news conference about the crash. Excessive speed was involved, police said, but the investigation is still preliminary. Credit: News 12 Long Island

Colangelo and his bride had their wedding reception Sunday at the Full Moon Resort and many of the guests were staying there, according to police and the resort’s website.

Colangelo was one of 12 handlers to graduate earlier this year from the Emergency Service Unit canine team. The officers and their dogs handle evidence searches, explosives detection and missing persons cases, according to the NYPD.