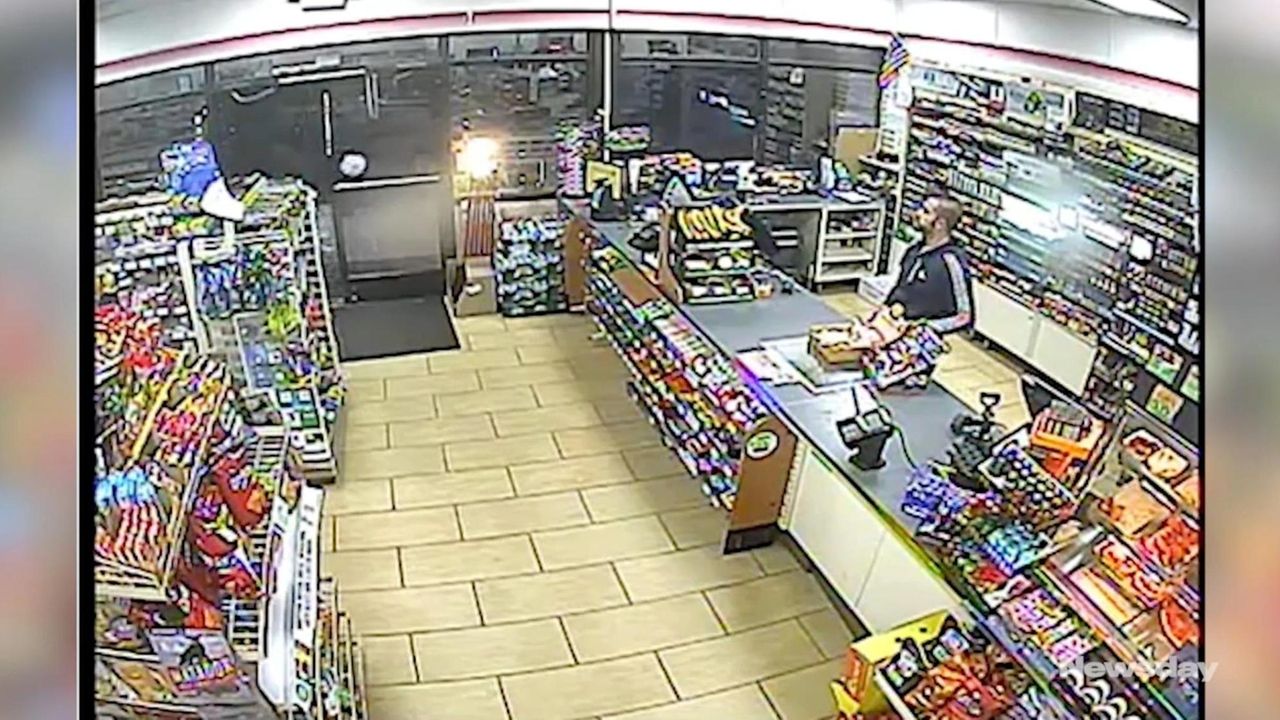 Suffolk County police say they are investigating similarities between a 7-Eleven robbery in West Babylon and a robbery at a Garden State gas station in which a clerk was killed.

On Thursday shortly before 4 a.m., a Speedway gas station in Edison, New Jersey, was robbed and the clerk, John Bertram, 38, was fatally shot, according to a report from New York’s News 4 Now, an NBC affiliate.

Surveillance footage from the store shows a gunman wearing dark gloves, a dark hooded sweatshirt, a mask, and what appears to be acid-washed jeans.

The suspect also appears to be tall.

“The Suffolk County Police Department has been in contact with our law enforcement partners in Edison New Jersey. Our agencies are aware of the similarities in the armed robberies and we will continue to share intelligence,” police said in an emailed statement.

Cops on the lookout for 'pretty tall' armed robberThe masked gunman, estimated to be between about 6'3" to 6'6" tall, is "so tall that he makes everybody else look small," First Precinct Det. Lt. Shaun Spillane said Friday.