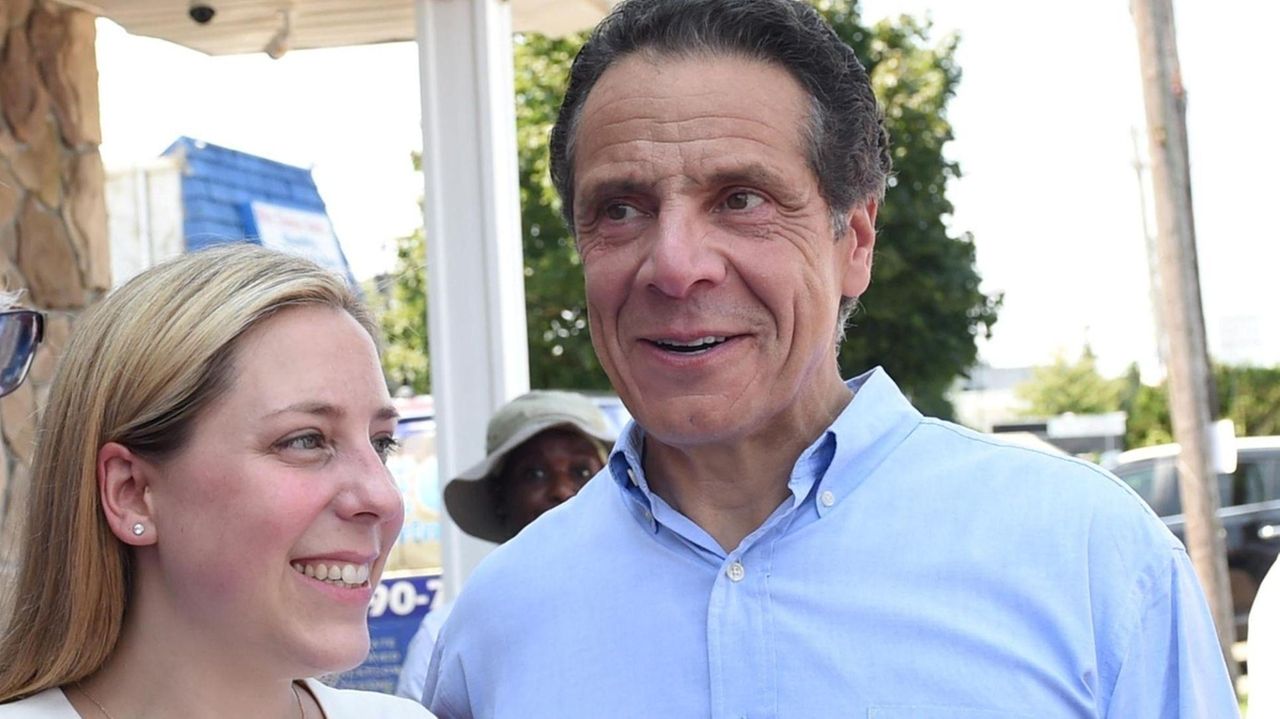 At a rally in Massapequa attended by roughly 150 Democratic activists and volunteers, Cuomo charged that House Republicans from New York are "enablers" of the Trump administration agenda.

But Cuomo, a Democrat seeking re-election in November, did not mention King by name. The Seaford Republican voted against the tax bill, which removed state and local deductions that benefit many Long Islanders.

In an interview with reporters after the rally, Cuomo again declined to criticize King, with whom he has worked closely on superstorm Sandy recovery, health care for 9/11 first responders and efforts to modernize the Long Island Rail Road.

"This is more the situation he is in," Cuomo said of King. "He has a leadership that has sworn allegiance to the president that is anti-New York and I don't believe situationally he can change it."

In an interview, King said Cuomo felt compelled to endorse Grechen Shirley to satisfy the more progressive wing of his party as he faces a Democratic primary from actress Cynthia Nixon.

"I don't take it personal," King said of the endorsement. "The governor is facing a primary from the left. . . . Andrew has to do what he has to do."

Cuomo Sunday said Grechen Shirley, 37, of Amityville, would "protect New York" by standing up for immigrants, abortion rights and gun safety. This is her first run for political office. Before the campaign, she worked as a consultant for nonprofit groups.

"This is about values and who is going to stand up for our values," said Grechen Shirley, who returned the favor by endorsing Cuomo's re-election.

However, active registered Democrats slightly outnumber Republicans — 159,400 to 155,996 — according to the State Board of Elections. Nearly 115,000 voters are unaffiliated with a political party, with the remainder aligned with minor parties.

Cuomo also endorsed Brooks, a first-term senator who faces a challenge from Republican Jeff Pravato, the mayor of Massapequa Park, in November. Cuomo said the Republican-controlled State Senate has "drank the Trump Kool-Aid and is carrying his message. And they have to go."

Brooks added: "Republicans do not have a clue on the issues and the problems facing this community and this nation."

Senate Republican spokesman Scott Reif called Brooks "an accidental senator" who is a "goner in November."

Pravato said, "If John Brooks was smart he'd run from the governor's record."