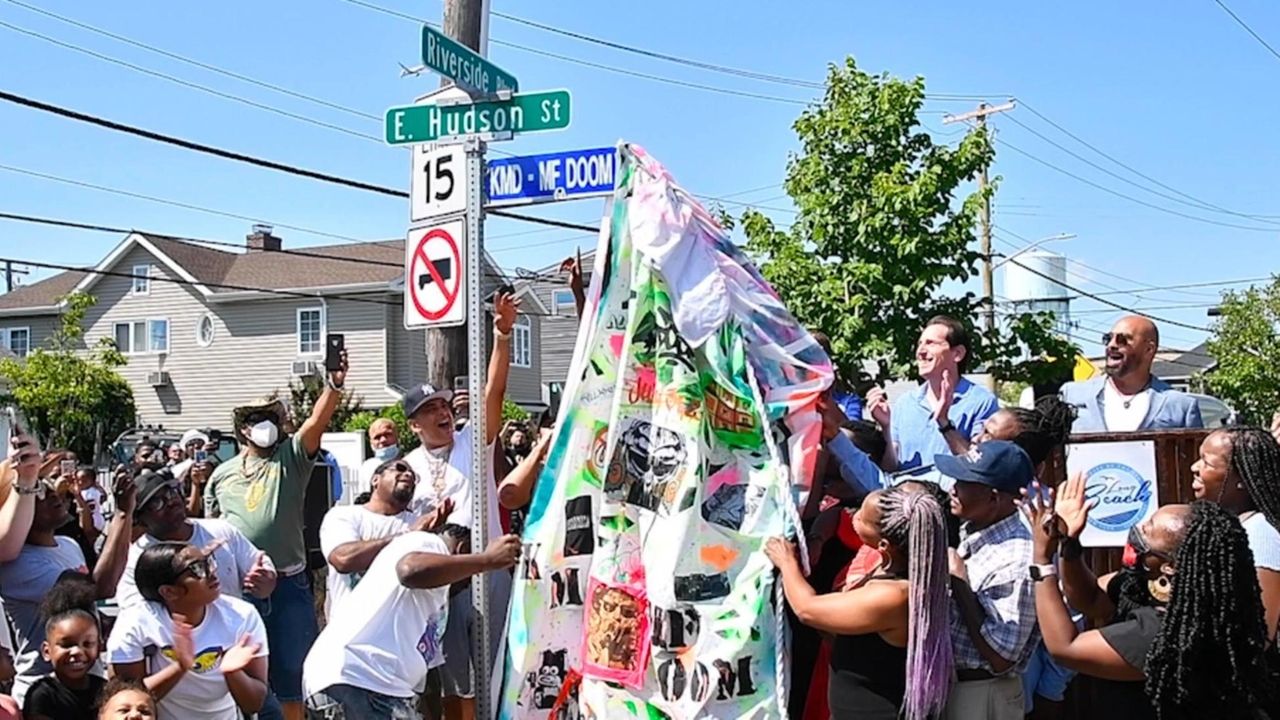 To those who knew Daniel Dumile and listened to his alter ego MF Doom, they knew he was more than just a hip-hop artist.

The British musician, who grew up in Long Beach, was also a philosopher, a poet and a scholar who would try to spread his knowledge through his rhymes.

"He was hip-hop," said Maurice Mitchell of Long Beach, recalling his cousin many only knew as "Doom" break-dancing and performing on the boardwalk. "He was an artist to the world and an icon. Whatever Doom you got was authentic, he was that layered."

Following Dumile’s death in October at the age of 49, supporters gathered petition signatures to rename East Hudson Street in Long Beach where he grew up.

City officials said they were initially reluctant to rename the street until they learned about Dumile’s life and musical contributions.

On Saturday, Dumile’s family and officials removed a tapestry of artwork covering the corner street sign at Hudson and Riverside Boulevard, to reveal a blue sign at the 100 block of Hudson Street now known as "KMD — MF Doom Way."

"The City of Long Beach got it right and now on the soil where he nurtured his talent, he will never be forgotten," said organizer Patrick Graham, a friend of Dumile’s who helped lead the petition.

About 150 fans, friends and family filled the street corner across from Dumile’s house wearing masks and MF Doom T-shirts while his music played.

Dumile was known as a masked artist who drew inspiration from adversity and partnered in the hip-hop group KMD with his brother, who died in 1993.

His sister Thenji Dumile said the family moved to Long Beach from Manhattan and Freeport during their formative years, when they would play with toy record players. He relied heavily on his African and Islamic culture, family members said.

They formed their rhymes in their Long Beach home where they moved on to earn record deals and appear on television with Arsenio Hall.

"My brothers had their own idea pressing importance for their goals. Very early on they knew what they wanted to do," said Thenji Dumile, who now lives in Atlanta. "The renaming of this street is a full circular moment where they brought with them everything we got from Long Beach schools and this community. Although they’re not with us, they’re here in spirit, their music, art, expression and love."