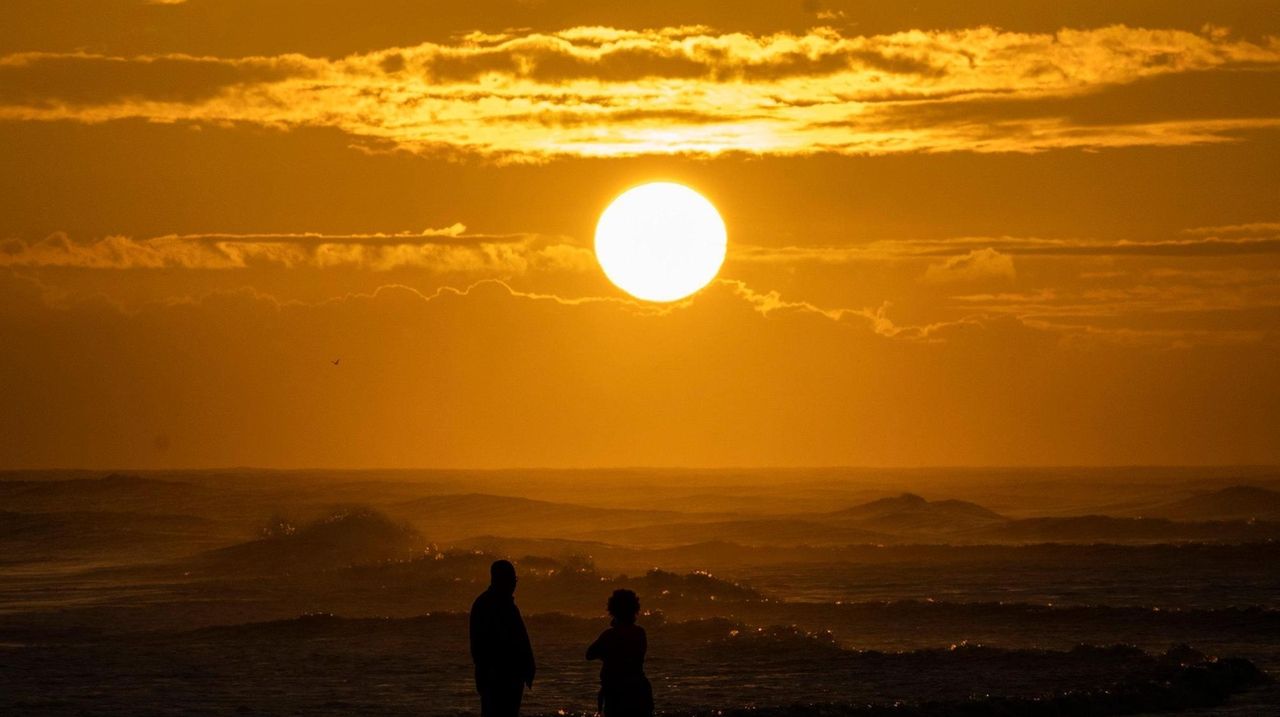 It's a ritual New Yorkers, and nearly all Americans, have performed, without fail, for nearly a century, often without explanation.

On Sunday morning, Long Islanders, after securing a desperately needed extra hour of sleep, will grab their morning cup of coffee and go through their homes, setting their manual clocks back an hour, signifying the end to another daylight saving time.

For most of the United States, daylight saving time starts at 2 a.m. on the second Sunday of March and ends at the same time on the first Sunday of November.

But critics say the negative consequences outweigh any perceived benefits and argue the practice has a negative effect on sleep, concentration and productivity and actually leads to more vehicular crashes, particularly in the fall when the public returns to standard time.

Two upstate lawmakers contend the practice of "shifting time" twice a year has outlived its purpose.

"We have this seemingly arbitrary change each spring and fall," Griffo said. "There are so many studies that have been done which show that these changes have a lot of effects on us, from our personal health and well-being to public safety to energy costs. Around this time of year, and in the spring, people get frustrated. The question is 'why do we have to do this?' … It seems kind of crazy that we continually change the clock."

Avi Small, a spokesman for Gov. Kathy Hochul, said she would "review the legislation if it passes."

Turning back the hands of time is no easy feat.

The bill first requires passage in both houses in Albany and then must be signed into law by Hochul. Next, New York would need Vermont, Massachusetts, Connecticut, New Jersey and Pennsylvania to pass similar legislation to maintain regional uniformity. Even then the change would require an act of Congress.

In the past four years, 19 states have enacted legislation or passed resolutions to provide for year-round daylight saving time, according to the National Conference of State Legislatures.

Under federal law, states can vote to opt out of daylight saving time and remain on standard time, as Hawaii and most of Arizona have done. But states are not allowed to remain on daylight time without congressional approval.

"I think it would be nice if they kept it where they had daylight saving time all year-round," said Carl Gutlaizer of East Meadow, who supports the legislation.

"As more states get on board, the chances of it passing will increase significantly," Santabarbara said. "Let's say we pass this in the next session and the other states get on board; next thing you know maybe some states out west get on board … It's got to start somewhere. And that's why we need to pass this here to move this along."

'It's not just one hour'

Health experts contend that a reduction in sleep, often associated with the start of daylight saving time, can have serious health effects.

Dr. Muhammad Adeel Rishi, a pulmonology, sleep medicine and critical care specialist at the Mayo Clinic in Wisconsin, said when the body's internal clock is not aligned with the clock on the wall it creates a condition called "social jet lag."

"That phenomenon has been associated with increased risk of obesity, high blood pressure, diabetes and in some cases increased risk of heart attacks," said Rishi, who is vice chair of the American Academy of Sleep Medicine's Public Safety Committee, which supports year-round standard time. " … It's not just one hour. It's disrupting a lot of the body's systems that are depending on our internal clock."

"You don't really notice much except that you slept one hour less that night," said Gold, who compared the experience to crossing a time zone from New York to Chicago. "You may be a little more tired that day. And by the next night you're already accustomed to the one hour. So it's really sort of a minimal experience."

Meanwhile, "falling back" this weekend will likely lead to an increase in pedestrians injured during evening commutes, according to AAA Northeast.

From 2016 through 2020, there were 4,043 pedestrians injured, and 126 killed in Nassau County, the nonprofit said. During that same time period, Suffolk saw 2,483 injured pedestrians and 183 killed. November had the most injuries or fatalities of any month during the five-year period with 758, AAA said.

"The sudden onset of darkness during the evening rush hour makes it harder to see and more dangerous overall for road users, and particularly dangerous for pedestrians," said Robert Sinclair Jr., spokesman for AAA Northeast. "Everyone needs to be extra alert after the time change, especially drivers and especially in areas with lots of pedestrians."

There are also some practical concerns to ending the biannual time shift.

For example, without Sunday's clock change, the sun would not rise on Long Island in December until 8 a.m., leaving many youngsters waiting at the bus stop in the dark.

"[Daylight saving time] is definitely an adjustment for me and my family," said Enza Zampini of Wantagh. "And getting the kids ready for school; it takes a few days to get used to."

Tips for adjusting to standard time

Daylight saving time ends at 2 a.m. Sunday, when clocks “fall back” one hour. You’re actually gaining an hour in the day, so there aren’t the same risks of sleep disruption as when daylight saving time begins in March. The American Academy of Sleep Medicine recommends these tips for sleep-deprived adults who want to seize the extra hour of sleep:

Some people might find themselves naturally waking up earlier because of the light, Courtney Bancroft, a clinical psychologist and sleep specialist, told the "Today" show. "If you find yourself naturally waking up, get out of bed for the day. This will help your sleep drive shift to become 'hungrier' for sleep earlier that evening," she said.