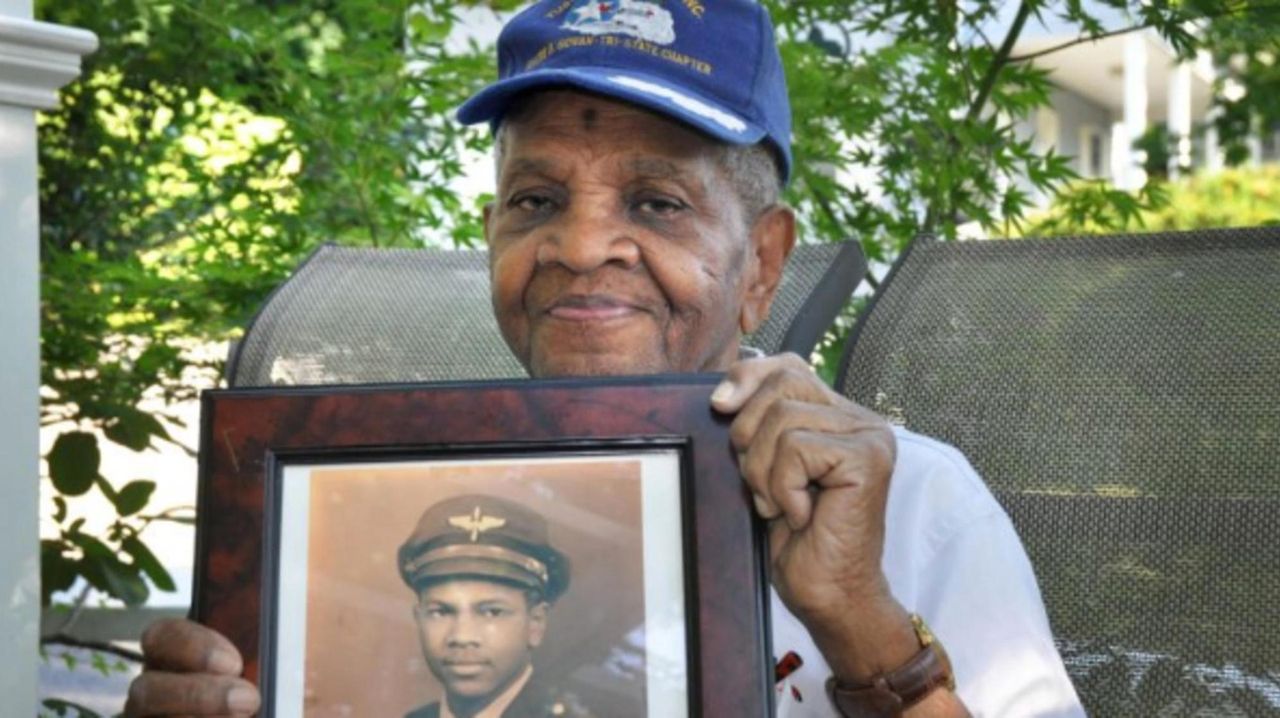 Tuskegee Airman William Johnson recounts what it was like in the military before July 26, 1948, when President Harry S. Truman signed an executive order barring segregation in all branches of the armed services.

He and the rest of the black troops had to sit apart from the white troops, in the soot-spattered Jim Crow section.

Johnson, tapped to become a Tuskegee Airman, left the military as soon as he could. So did thousands of other black service members.

“It was a miserable situation going from Glen Cove to blacks and whites being completely segregated,” Johnson said. “I never considered the military as a career. I came back home as soon as I could.”

Four years after Johnson's induction, President Harry S. Truman signed an executive order that barred segregation in all branches of the armed services. Executive Order 9981, issued on July 26, 1948, would eventually transform the military.

“I can still remember Truman’s order word for word,” said Eugene Burnett, a Harlem native who enlisted in the Army in 1946 and served in a segregated unit in Hawaii until the order came down.

Historians and social observers consider Executive Order 9981 as a turning point in American society, both for establishing desegregation as federal policy and energizing legions of returning black troops to push for more widespread social change.

“It can’t be overstated that Truman’s desegregation order served as an example for the rest of society,” said Randy S.Owell, an archivist at the Harry S. Truman Library, in Independence, Missouri. “Remember, Brown v. Board and the Montgomery bus boycott were just a few years later.”

The landmark 1954 Brown v. Board of Education of Topeka decision made racial segregation illegal in public schools. A 13-month mass protest against the Montgomery bus system, sparked by the 1955 arrest of Rosa Parks, propelled the civil rights movement into the broader American consciousness.

Scores of civil rights stalwarts traced their activism to their military service, including slain Mississippi activist Medgar Evers, who fought at Normandy during World War II, and former U.S. Rep. Charles Rangel, who earned a Bronze Star in Korea.

Former Amityville dentist Dr. Eugene Reed protested segregated dental facilities while he served in Germany in the 1940s. When he returned to Long Island in 1951, he fought against segregated housing and job discrimination.

“I think it fortified the desire for freedom and justice for black men,” Burnett said of racial segregation of troops. “And when we came out of the service, like myself, that experience is what got us involved.”

Burnett himself pressed for fair housing and black political representation after he moved to Wheatley Heights in the 1950s.

Racial segregation of the military started at the end of the Civil War when Congress limited black recruits to a handful of segregated units, said Jeffrey Sammons, a history professor at New York University.

A 1925 report written to guide the War Department’s post-Word War I reorganization exemplified the policy. “The Use of Negro Manpower in War”  characterized black troops as too cowardly to make good soldiers and too morally compromised to serve as officers.

During World War II, pressure from civil rights leaders persuaded the White House to back the fielding of a handful of all-black combat units — including pilots who became known as the Tuskegee Airmen. The aviators performed admirably, according to historians.

“When the 332d Fighter Group returned from Italy, it had proven that black fighter pilots could fly advanced aircraft in combat as well as their white compatriots or their enemies,” Air Force historian Daniel Haulman wrote of the Tuskegee Airmen.

Today, African-Americans make up 11 percent of officers in the Army, the largest branch of the armed forces, according to Pentagon data. And a black man took command of the U.S. military in 1989, when Colin Powell was named Chairman of the Joint Chiefs by President George H.W. Bush.

“Our Armed Forces have often been on the leading edge of important social and cultural change in our nation,” Army Brig. Gen. Omuso D. George, a 1987 Hempstead High graduate, said of the legacy of Truman’s executive order. “And this is one of the biggest examples in our country's history of that.”