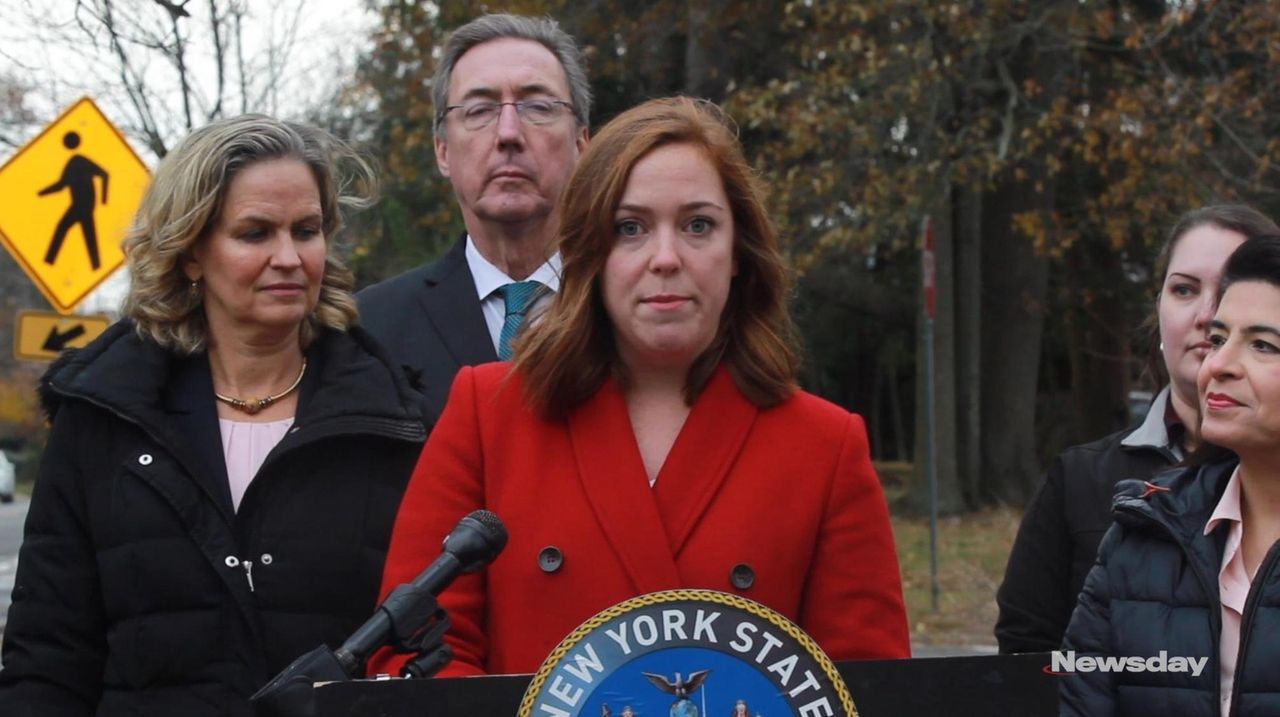 Residents can receive a $10 discount on Uber rides by typing in the code SafeNY19 on the Uber ride-hailing app from 9 p.m. Wednesday until 3 a.m. Thursday, Thanksgiving Day, officials said.

“The discount is great, but it’s also a great way to get the word out that there are options,“ Nassau County Executive Laura Curran said at a news conference in Sea Cliff.

“We have Uber. We have taxi cabs. You can have a designated driver,” she said. “There is a way to have fun and enjoy yourself over the holidays and do it in a safe and responsible way.“

The discount also applies to Suffolk County and the rest of the state, officials said.

“Long Island Safe Ride is a multifaceted, private-public partnership to remind everyone that drinking and driving have no place on our roadways,” he said.

“It’s really going to make a difference we hope this Thanksgiving weekend.”

The effort also will include an increase in police patrols.

“We are here to say that there is absolutely no excuse to drive while under the influence on a holiday weekend, or any weekend,” Curran said.

Thanksgiving Eve is the deadliest night of the year for drunken driving in Nassau County, officials said.

Last year there were 34 DWI arrests during the extended Thanksgiving holiday, Curran said.

Noting that there will be increased police presence on the roads, she said, “Hopefully that will scare you enough to do the right thing for yourself, for your family. Let’s remember holidays are all about family, enjoy your family. Don’t make it a tragic one.“

Maureen McCormick, executive assistant Nassau County district attorney, noted that many young people, including college students, return home for Thanksgiving, and that the night before the holiday is known as “Black Out Wednesday.“

“Our young people are most at risk,” she said.

More than 800 people died in drunken driving accidents nationwide over the Thanksgiving holiday weekend between 2012 and 2016, she said.

“It’s not what you would think of as a big drinking weekend and yet is the deadliest holiday of the year," she said. “So folks please go home and talk to your kids.”

She also noted that Nassau County is number one in DWI conviction rates for large counties in New York State.

“We are proud of that," she said. “Every one of those stops made by the Nassau County Police Department represents the potential of a life saved.”

The group MADD (Mothers Against Drunk Driving) is also part of the effort to cut down on DWI fatalities and injuries.

“Our goal is to have a future of no more victims,” said Tara Spohrer, one of the group’s state leaders.