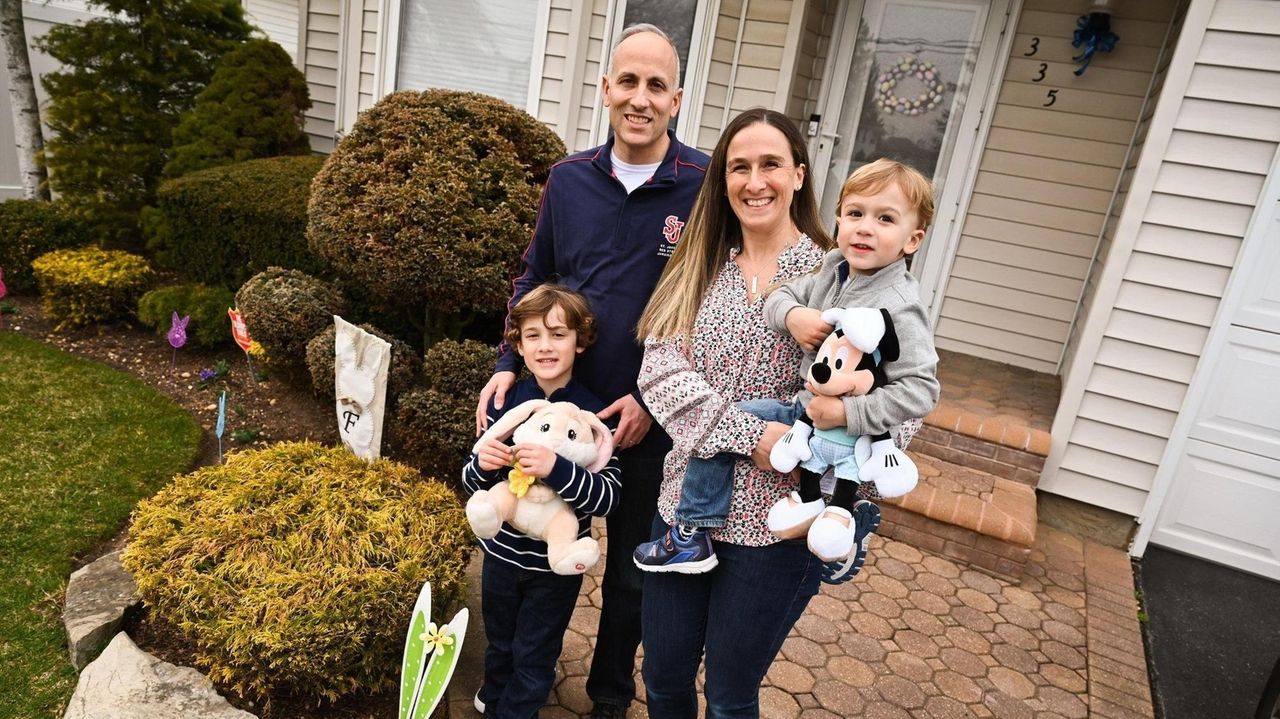 Families across Long Island are set to gather for Easter and Passover after a year apart. This year, with millions of Americans vaccinated against the coronavirus, testing widely available and lower infection rates, families are celebrating together once again.  Credit: Newsday / Chris Ware, Steve Pfost; John Roca

Last Passover, Leni Goldsmith of Westhampton Beach celebrated the Ancient Israelites’ freedom from bondage as never before: quarantined during the uncertainty of the coronavirus pandemic, fulfilling the seder tradition via Zoom.

Four days later was Easter Sunday. Kerry Fogarazzo of Massapequa ate sauce and meatballs her mother-in-law had dropped off from a social distance. Breaking with her family’s long-standing tradition, Fogarazzo gathered only with her husband and two young sons. She FaceTimed throughout the meal so the extended families could celebrate together.

What a difference a lunar year makes.

For 2021, Goldsmith and Fogarazzo plan to celebrate with in-person family gatherings. And these holidays of deliverance, rebirth and springtime carry special meaning.

This year, with millions of Americans vaccinated against the coronavirus, testing widely available and lower infection rates, more Long Island families are coming together, for what are among the first major gatherings without masks and social distance since the pandemic began and lockdowns were imposed to halt the virus’ spread.

Goldsmith, who is semiretired, is elated for her seder this year — there will be 11 people in attendance — and she’s preparing her specialty: brisket with prunes, apricots and chestnuts. This weekend will be the first time since the pandemic began she’s had guests inside her house, a contrast from a year of uncertainty and despair and solitude.

"You didn’t know if you were going to live or die, and you just were afraid to do anything," she said.

But at the seder this year, the adults — including her husband, Harvey, who has led the Goldsmith family seder for decades — will all be vaccinated.

"My family is going to be sitting around the table or laughing or joking and singing — and raving about my brisket," she said.

Fogarazzo, a middle school social studies teacher, and her family — her husband, Christian, and her two sons, Matthew, 5, and Gregory, 2 — are planning to spend Palm Sunday with her in-laws and Easter with her parents. All the adults are vaccinated.

"We’re very happy that we’re all healthy. We can all celebrate together this year. Things are seeming to open up. It’s springtime. I feel like it’s spring not only environmentally, but socially, she said, adding: "It’s kind of like an awakening. This is the first time we’ll celebrate a holiday without masks."

The Biblical analogies are not lost on religious clerics.

Rabbi Shalom Paltiel of the Chabad of Port Washington drew parallels from Passover 2020, when the government ordered society-wide lockdowns, to the Exodus story of God telling the Israelites to stay in their homes and mark their doorposts with lamb’s blood to avoid a deadly plague.

"This is the year of gratitude. If last seder we were hunkered down like when the Jews were told to put blood on their doorposts and to be sure not to leave their homes all night lest they be stricken by the plague that was passing over," Paltiel said, "this year we are more like the Jews who are standing at the banks of the Red Sea singing songs of gratitude and praise for their protection and salvation."

The rabbi is advising his congregants to make a special pandemic tweak to the seder, the 3,333-year-old Passover service typically celebrated over two nights that, this year, begin Saturday.

After every one of the four ritual cups of wine — each an expression of redemption — Paltiel suggests going around the table for attendees to say what they’re grateful for.

Jesus’ Last Supper is believed by some to have been a seder, and so the holidays occur close to each other. This year, Easter, the oldest Christian feast, is celebrated by most Christians on April 4, although those in Orthodox churches will observe the holiday on May 2.

"We have hope in the resurrection of Jesus, and we get to really see that in such a tangible way this year. We’re kind of having a resurrection, a rebirth out of pandemic and the restrictions and the pain that’s come from COVID," said McMillan, whose church has six locations in Nassau and Suffolk counties.

Although some Christian groups, such as Quakers and Jehovah's Witnesses, do not celebrate Easter, Easter and Passover are among the most observed holidays of Christianity and Judaism.

More Americans search for "church" around Easter, which celebrates Jesus Christ’s resurrection, than at any other time, Pew Research found in an analysis of Google search data.

A 2013 Pew Research survey of Jewish Americans found that while only 23% of Jews reported having attended religious services at least monthly, 70% said they had participated in a seder.

And even as 2021’s Easter and Passover gatherings herald the beginning of a return to normal, some new traditions are here to stay.

In addition to Leni Goldsmith’s in-person seder guests will be three family members beaming into the dining room from Pāhoa, Hawaii — via Zoom.