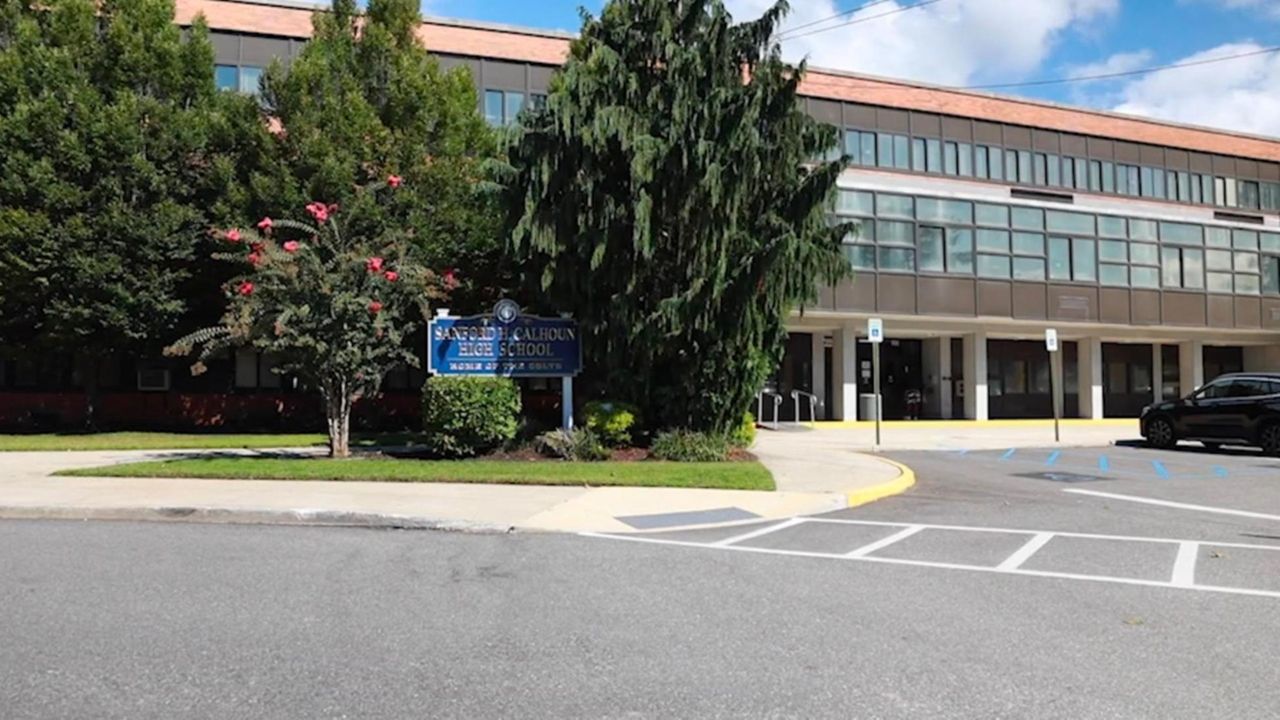 Six Long Island high schools — four in Nassau County and two in Suffolk — were named Blue Ribbon schools by the U.S. Department of Education on Tuesday.

Blue Ribbon recognizes schools in two categories: those with superior graduation rates and test scores, and those with exemplary records in closing achievement gaps between students of different races, ethnicities and economic backgrounds. The Long Island schools were recognized as "Exemplary High Performing Schools."

Applications for Blue Ribbon typically require months of preparation by school employees and supporters. Now in its 39th year, the National Blue Ribbon Schools Program has presented about 10,000 awards to more than 9,000 schools.

"I think all schools that received recognition this year should also get some special recognition in light of the fact that the application was written during COVID," North Shore interim Superintendent Thomas Dolan said.

Last year "brought the best out of everyone" in the school system, said North Shore High Principal Eric Contreras, who called the honor a "collective effort by the entire community." The school in Glen Head enrolls more than 800 students.

"What makes us unique is we focus our attention on reaching every student and challenging them to aim higher each day," Contreras said.

Calhoun Principal Nicole Hollings said her high school, with an enrollment of about 1,200 students, offers a variety of programs and classes. The school is home to the "On Tour" magnet drama program. The program is open to students throughout the Bellmore-Merrick district, which has three high schools.

"If you have an interest, there is something here for you," Hollings said. "Kids come first here, and we work so very hard to meet their social, emotional and academic needs."

Jericho High, with about 1,200 students, often has landed at the top of nationally recognized lists. The district has been honored repeatedly for its scientific achievements.

When the district learned of the Blue Ribbon honor, "It was an absolute joy," said Jericho High Principal David Cohen, who lauded the work of the students, staff and the administration.

He said the district has added a social and emotional program called "Nest" to its curriculum, and that was part of its application for the Blue Ribbon recognition. The school also held wellness days during the school year to help students and staff cope with the coronavirus pandemic.

"It was by far the most challenging year I ever experienced as an educator for 27 years," Cohen said. "I could not have been more proud of how the school came together during a very difficult time."

Mount Sinai Superintendent Gordon Brosdal said he wasn’t surprised the high school, with about 750 students, was recognized, mainly because of the caliber of students there. He said the award really belongs to the whole community.

"The students challenge themselves, and they demonstrate self-discipline," he said. "Walking through the hallways … it is just an amazing place to be."

The high school was named recently for former Principal Robert Grable, who died in 2019 at age 49. Current Principal Peter Pramataris said the recognition is "directly attributed to his legacy."

"He was a big part of the success that led to this award," Pramataris said.

In a statement, Commack Superintendent Donald James credited the district's Access and Opportunity initiative, which focuses on project-based academics, creativity, communication, movement, music, art, business, mathematics, humanities, science, engineering, and technical and trade opportunities. This initiative has resulted in 98% of graduates taking at least one college-level class and 85% taking three, he said.

"Our students, our staff and our community are to be commended for this recognition," he said.

Educators at Rambam Mesivta could not be reached for comment, as the school was off for the Jewish holiday Sukkot. The school's website said the yeshiva for boys was founded in 1991. The Orthodox Jewish school was named a Blue Ribbon school in 2015 as well.