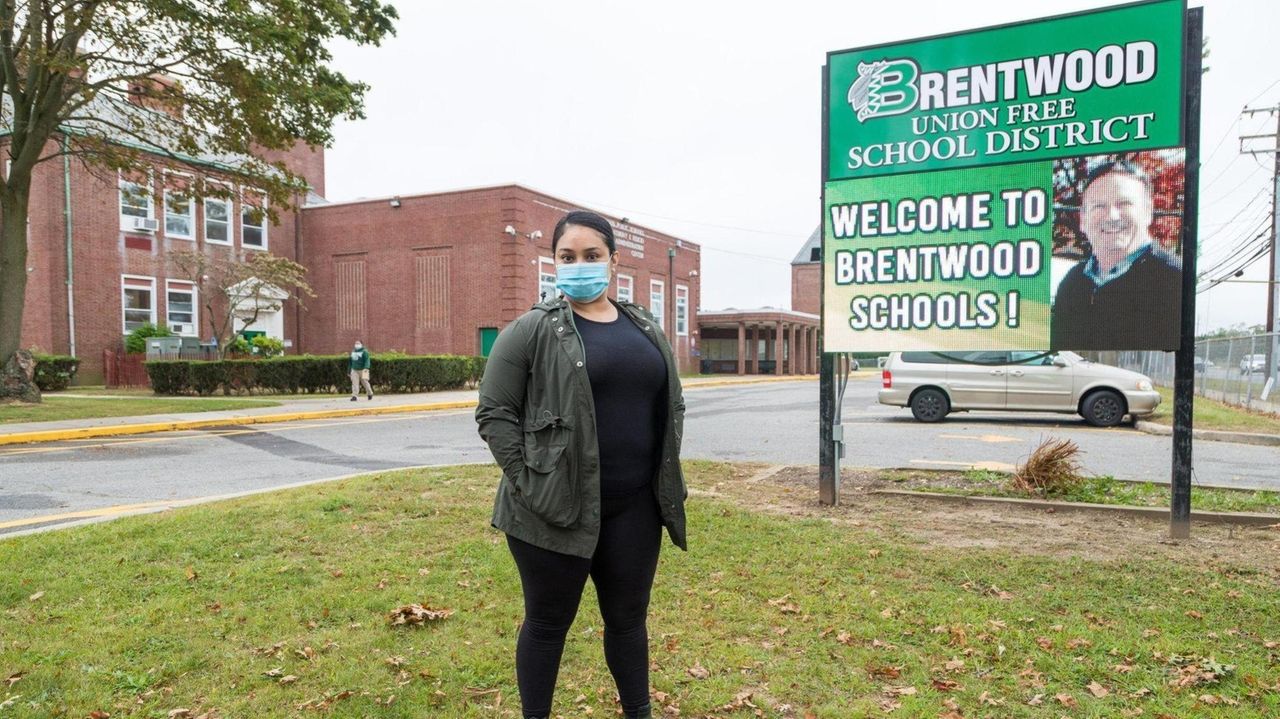 The Brentwood school district has shed more than 70 jobs since the start of the academic year. Sandy Alfaro, PTA president of the district's Laurel Park Elementary School, spoke to Newsday on Tuesday about the negative effects she thinks this will have on students.    Credit: Barry Sloan

The Brentwood school district, Long Island's largest, has shed more than 70 jobs since the beginning of the academic year, including a group of entry-level teachers removed in the opening week of classes.

Job actions in the district, which enrolls nearly 19,000 students, included decisions to leave unfilled more than 30 vacancies created by retirements, according to union representatives and community residents active in school affairs.

Also eliminated were positions of special "intervention" tutors in reading and math, together with high school deans, who are similar to assistant principals.

In a statement Tuesday, the district said many excessed staffers were moved to other vacant jobs or placed on preferred eligibility lists for future hiring.

Local cutbacks took place amid warnings that Albany might eventually reduce financial aid to schools unless the federal government helps compensate for losses of tax revenues due to the COVID-19 pandemic. Another district, Copiague, cited similar concerns earlier this month when announcing cuts of 54 teaching and staff personnel.

In Brentwood, one particular round of layoffs, involving 15 new and untenured teachers, touched off a verbal fight at a Sept. 17 board meeting. Trustees split on the job eliminations by a 4-3 vote.

"It was a difficult vote — it wasn't something anyone wanted to do," board president Robert Feliciano told the online meeting. "But as a trustee, you know, we can't risk bankrupting this district."

Some parent and union representatives complained after the meeting that the Sept. 17 layoffs were unnecessarily cruel because they were announced the day after classes started.

"We parents had no voice in this," said Sandy Alfaro, PTA president of the district's Laurel Park Elementary School and the mother of a first-grader.

Alfaro added, in reference to elimination of teacher-consultants who provide tutoring in reading and math, "So now our children have to figure out where to go for extra help."

During a 30-minute debate between board members, Feliciano estimated that threatened aid reductions could cost the district anywhere between $10.5 million and $58 million a year, depending on how Gov. Andrew M. Cuomo and his budget division proceed.

Burgos, a trustee who opposed the move, contended that Feliciano and his supporters were moving too fast, and that they should wait to see what actually happens in Albany before imposing cuts. Some state legislators have talked of the possibility of raising taxes on billionaires and millionaires next year in order to raise more money for education and other services.

"Robert, can I interrupt?" Burgos said. "I'm sorry, but we are far from bankrupt."

In its statement Tuesday, the district said it already lost $2 million in state aid over the summer. It added that moving excessed staffers to other vacant jobs, or placing them on preferred eligibility lists for future hiring "will enable the district to continue providing authentic and powerful learning experiences to our students with familiar faces during these challenging times."