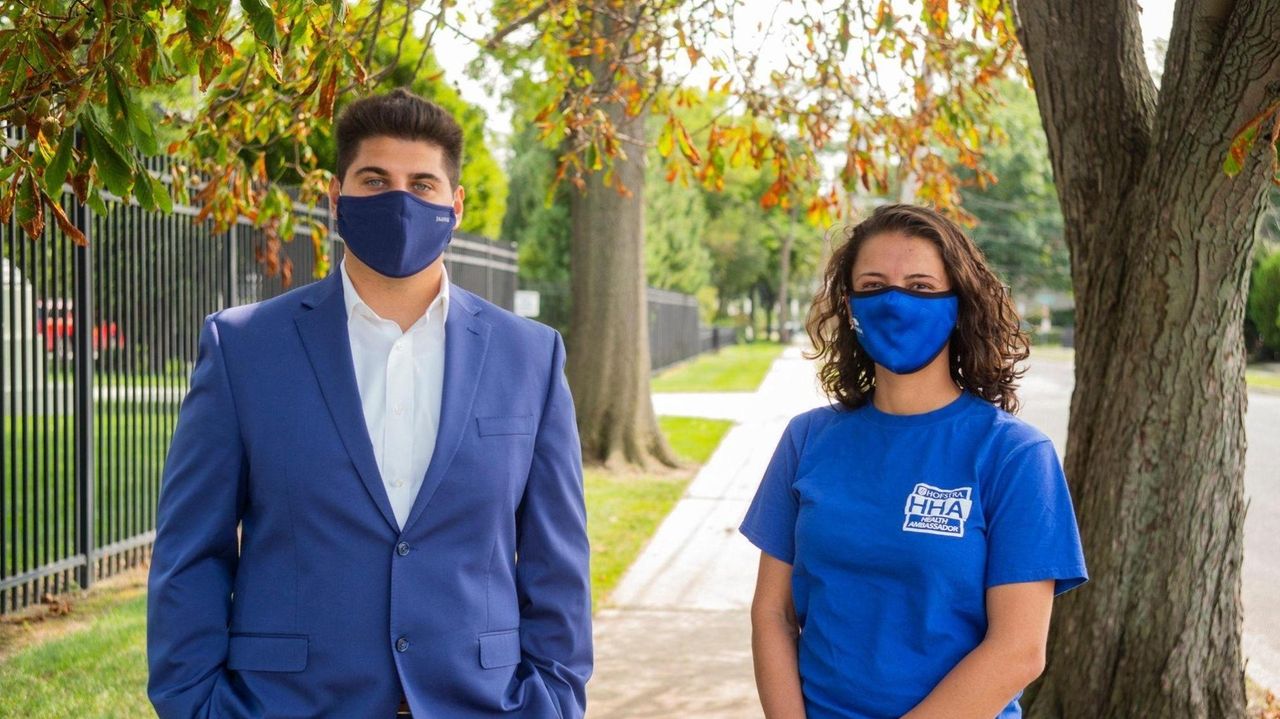 As COVID-19 outbreaks flare on and near college campuses across the country, Stony Brook University freshman Jeremy Kuri is pleased few students there are ill. The trade-off, however, is a lonely introduction to campus social life.

"I’m alone a lot," said Kuri, 18, of Yonkers, who lives in a suite with upperclassmen but whose freshman roommate never showed up to campus.

Most days, he eats alone, walks the campus by himself. The dorm lounges are empty. The basketball courts are closed, though he’s circulating a petition to get them opened.

While Long Island's universities have avoided the outbreaks that have closed campuses throughout the country — Stony Brook had 24 coronavirus cases as of Wednesday — strict adherence to COVID-19 rules has been beyond some students. Videos have circulated online of maskless, crowded parties, from the University of California to Cornell University, and rising positive test results have forced some schools, including SUNY Oneonta, to suspend in-person classes and close dorms.

Gov. Andrew M. Cuomo suggested that Oneonta's outbreak in late August — as of Thursday, 684 had tested positive there, with three currently in isolation or quarantine — could have caused an uptick in cases as far away as Long Island.

Some psychology experts have questioned the wisdom of reopening college campuses in regions with high infection rates, given the likelihood of partying and socializing among young people, some of whom are experiencing life away from their families for the first time.

Long Island universities are on hybrid schedules, with many classes being taught remotely. At Stony Brook, 81% of class registrations are remote. At Long Island University, most are in-person.

The Oneonta outbreak was blamed on large parties and drew the ire of Cuomo, who deployed a "SWAT team" of investigators and contact tracers there to contain the spread of infection. "Colleges are the canary in the coal mine," he said then. Oneonta suspended some students for their actions.

Putting college students in "a situation where we expect them to exercise self-control in exactly the circumstances where they are least well-equipped to do so is destined to have lapses," said Emily Barkley-Levenson, an assistant psychology professor at Hofstra University.

Barkley-Levenson, who specializes in developmental cognitive neuroscience, said the brains of adolescents and emerging adults are less developed than those of older adults. Brain systems governing basic drives — including the desire to socialize — are highly sensitive at their age, she said, while the part controlling longer-term planning and impulse control matures later.

Though she said most students are exercising more self-control than they typically have to and are doing well following regulations most of the time, she added, "It only takes a handful of lapses to have a big outbreak. I think on some level, we’re asking for trouble."

At Adelphi University in Garden City, a "small cluster of positive cases and quarantines were a result of an off-campus gathering," spokesman Taylor Damian said. A total of 28 positive COVID-19 cases were identified in students since August, 20 of them within the last two weeks.

Universities have suspended and even expelled students who egregiously violated rules against large-group gatherings. A few students at Stony Brook are under interim suspension from housing for simply discussing holding a party, a university official said.

Dr. Gabrielle A. Carlson, professor of psychiatry and pediatrics at the Stony Brook University Renaissance School of Medicine, said consequences have to be immediate to be effective. Carlson, who is also president of the American Academy of Child and Adolescent Psychiatry, said teens and young adults may decide breaking protocols to prevent COVID-19 infection is a risk worth taking in the moment.

"With people whose frontal lobes haven’t reached full maturity, they need a consequence right now, just like they need a payoff right now," Carlson added. "Threatening something that may not happen takes the sting out of the threat."

'Nobody wants to go home'

In an August opinion piece for the student newspaper The Statesman, Stony Brook senior Samantha Lange, 21, wrote that while she hoped students would act to avoid contagion, she understood why those who broke the rules might do so.

"It is easier for college students to pretend there is no possibility that COVID-19 could possibly be fatal to them, than to instead cope with the mental and emotional stress of the potential damage that the virus can do to anyone," wrote Lange, who is from Wheatley Heights. "I am inclined to believe that rather than being stupid or selfish, those students [who broke protocols] were just coping with avoidance."

Now, weeks into the fall semester, she sees many people letting their guard down, she said. "A lot of people on campus are doing what they want to do instead of what they should do. They rationalize by saying, 'If we get it, we’ll mostly be asymptomatic, like a lot of young people have been.' I understand where that’s coming from because it’s scary to think of the alternative."

Lapses tend to be small scale rather than big, wild parties, something Stony Brook has never been known for, she said. Close friends may socialize without masks or relax their guard in tight friend circles that replicate the family pods that protected them in past months.

"From what I’ve found just in talking to my peers, people seem a lot less worried about themselves than they are about their loved ones," Lange said. When the pandemic worsened before spring break last semester, "There was a lot more fear on campus because they didn’t want to bring home COVID to their families."

While the university has found 24 positive cases since reopening, it recorded only three between Sept. 11 and Thursday, out of more than 1,300 tests, according to the university’s COVID-19 dashboard.

SUNY Chancellor Jim Malatras on Thursday lauded the low rate of positive COVID cases in the state system, 0.35% in the previous five days, and 0.77% of the nearly 100,000 tests administered since the semester began.

On the Stony Brook campus, Kuri, the freshman from Yonkers, is feeling a little more hopeful now after being placed in a small group of fellow freshmen in his only in-person class. "We created a group chat so we’re able to chat," he said, adding, however, that it was difficult to recognize them. "Every time I see them, they’re in a mask."

At Adelphi, Maria Paradiso, a math major who is president of the student government association, said added outdoor seating and virtual programming have helped students meet and socialize safely. "Although I can’t speak for every single student at Adelphi, I do believe that most of our students understand the importance of staying safe," she said.

On Hofstra's campus, students dubbed "health ambassadors" man tables with masks and hand sanitizer, and remind students to wear masks or maintain social distancing. A total of 107 Hofstra students and others have tested positive since Aug. 1, with seven positive cases found through on-campus testing since Monday.

Andrew Adrian, 23, a graduate student in health administration, manages about 75 ambassadors and said overall, compliance has been "pretty good. … Problems arise when people are in close proximity outside; that’s where we have the most obstacles. People aren’t understanding if you are within 6 feet to someone you need a mask even outside."

His fellow ambassador, Sarah El Bouzaidi, a 24-year-old graduate student in public health, said, "Everyone gets the point. It’s a common goal just to get through the semester. Nobody wants to go home."