Fears of coronavirus infection at Long Island schools played out in real time Monday as four districts canceled all Tuesday classes, another said students would return after a one-day closure, and two universities considered online instruction.

Other school districts across Long Island said Monday their campuses would remain open but were monitoring develops closely and disinfecting classrooms and other places where students and staff gather.

Late Sunday night, Hofstra University in Hempstead became one of the first learning institutions on Long Island to take the extraordinary step of canceling all campus classes due to the coronavirus after a student who attended an event with someone infected then reported developing flu-like symptoms. 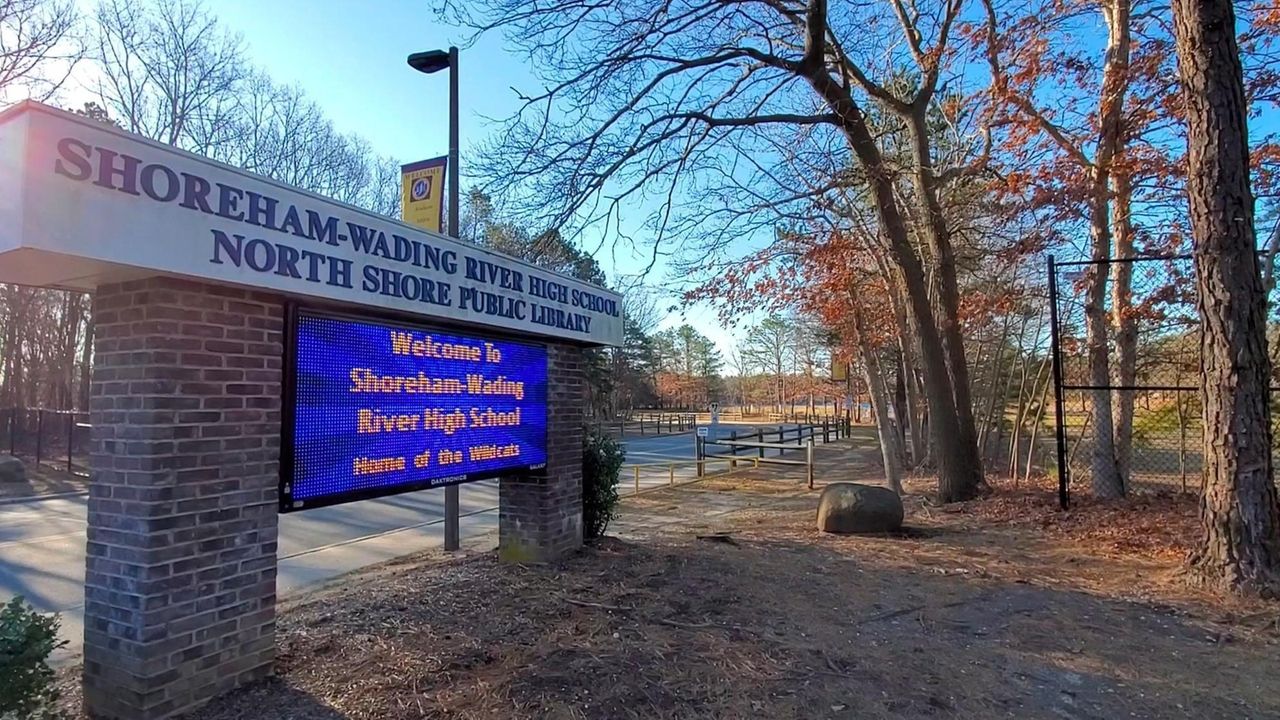 The Plainview-Old Bethpage Central School District canceled classes because a staff member has a confirmed case of the coronavirus, district superintendent Lorna Lewis said in an email sent to the school district community.

"We have contacted the Department of Health for guidance and are awaiting direction," Lewis wrote in the email. "As a precautionary measure, we will be closing all schools tomorrow, Tuesday, March 10, 2020. Once we have further information from the Centers for Disease Control (CDC) and Department of Health, we will update you by 1:00 PM [Tuesday]. Buildings will be thoroughly cleaned as we await further direction."

"As a result, we are working with the Nassau County Department of Health to insure the health and safety of all our students and staff," wrote Superintendent Maria L. Rianna in a letter posted on the district website. "…The parents and/or guardians of the students involved have been notified and we will continue to update all accordingly."

The Locust Valley Central School District canceled all Tuesday classes after "two contracted employees involved in transporting students have tested positive for COVID-19. …We will keep the community updated as new information becomes available."  The Portledge School, also in Locust Valley, canceled Tuesday classes "out of an abundance of caution in response to the closure of the [Locust Valley] School District." No students or staff at Portledge, a private pre-K through 12 school, have the coronavirus, according to a message posted on its website. 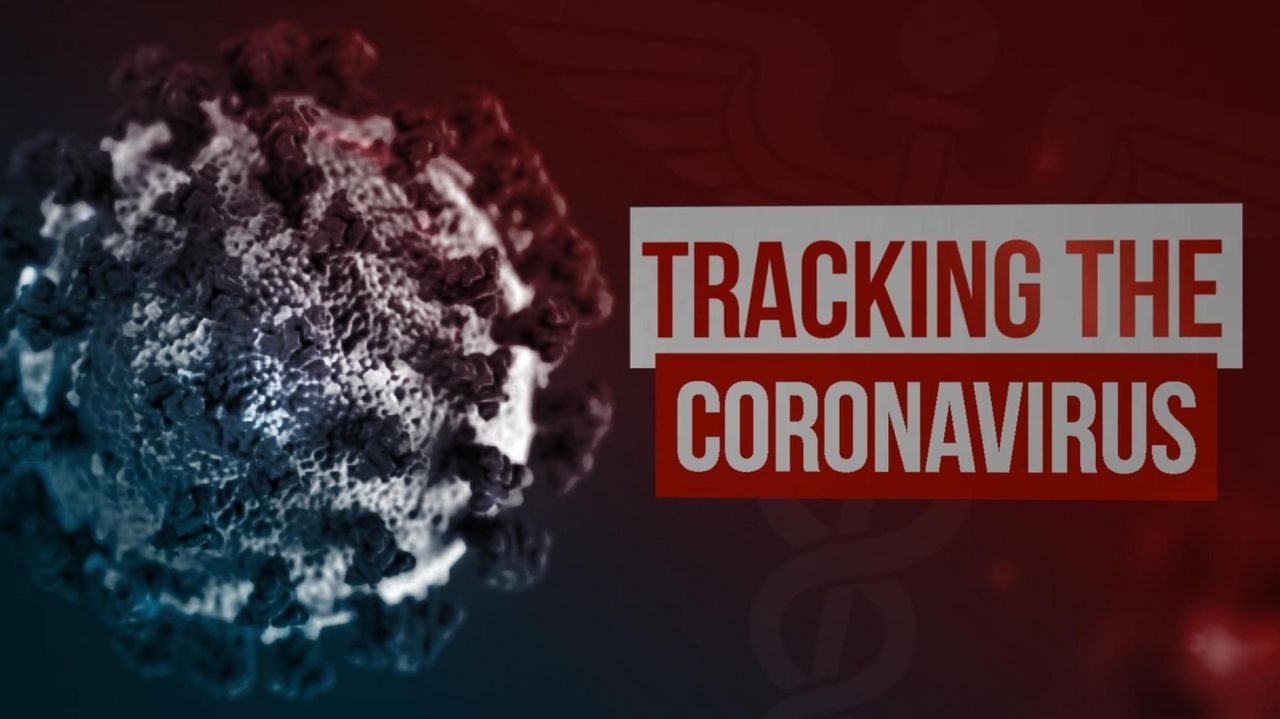 The Oyster Bay-East Norwich Central School District also canceled all Tuesday classes. Superintendent Laura Seinfeld, in a statement posted on the district website, said "two individuals employed by our transportation contractor who transport community students to locations OTHER than our District schools have tested positive for COVID-19."  There had been no confirmed coronavirus cases among students and staff in the district as of Monday, Seinfeld said.

Stony Brook University spokeswoman Lauren Sheprow acknowledged the university is looking at contingency plans to deal with the coronavirus including holding classes online.

“We’re taking steps to plan for such an action if necessary but no official decision has been made yet,” Sheprow said.

At Adelphi University in Garden City, officials said the campus would stay open for the time being but contingency plans were being considered.

"Adelphi leadership has been meeting daily to monitor and plan for business continuity as needed," said spokeswoman Taylor Damian in a statement. "As there are currently no cases of COVID-19 at Adelphi, we will continue business as usual (in-person classes and activities) but we will be running drills this week of online learning and working remotely."

Suffolk officials said there remains one confirmed coronavirus case in the county — a 42-year-old Greenport resident and employee of the Greenport Harbor Brewing Company.

In an email sent to families in the Mattituck-Cutchogue school district, Superintendent Jill M. Gierasch said a district employee works weekends at the brewery but had no direct contact with the infected person the last time they "worked the same shift which was 11 days ago."

Gierasch said the district employee has shown no signs of illness.

"However, as a precautionary measure," Gierasch said in the email, "we have assigned this person to home to be checked by their physician and self-quarantine until they are deemed unaffected."

The Shoreham-Wading River Central School District, which canceled classes Monday due to a potential case of coronavirus involving a high school staff member's spouse, said all campuses will reopen Tuesday.

"Please note that it was … confirmed by the Department of Health that no individual in our district has tested positive for the coronavirus as of this writing," superintendent Gerard W. Poole said in a late afternoon message on the district's website. "While the situation today developed, please be assured that the district worked internally to take several proactive steps to further our past efforts. We once again completed a thorough and deep cleaning of all surfaces in our schools and our buses went through a deep disinfecting process."

Many students at Shoreham-Wading River High School were already inside the building Monday when they were suddenly summoned over the loudspeaker to report to the campus auditorium.

There, school officials told them they would be going home, students said. Those who drove to school could drive themselves home; the rest were put on buses.

Giulianna McCarthy, 14, a ninth-grader at the high school, said she was still at home getting ready because she was late, when she received a message from a friend at the school.

“Oh my God, we’re being held in quarantine in the auditorium,” McCarthy said the friend texted her. “And I was like, ‘What?’ And she’s like, ‘We’re all going home now.’ ”

School officials have not indicated the students were quarantined, but apparently were brought together to receive the news and then were sent home.

McCarthy said she was surprised by the announcement.

“I didn’t think school was going to get like canceled but I guess they are doing the right thing canceling it," she said. “I’m a little worried, but not really.”

She said she expected to spend the day doing schoolwork. She said she will probably also try to encourage her younger, seventh-grade sister to do her work.

Some local residents expressed dismay over the schools being closed.

She was at a local supermarket Monday morning stocking up on supplies, because she now fears a widespread China-like lockdown here. She has been worried about it for days, but the school closing — along with the stock market cratering on Monday morning — was the final straw, she said.

“I think we are probably going to be quarantined," she said. “I don’t want to feed into the hype but I want to be prepared. I have to protect my family at all costs.”

Another resident questioned how the school district handled the situation.

“They had all weekend” to disinfect the school, said Jim Cresser, 57. “Why did they wait until they got to school today to send them home? It doesn’t make sense. “

He and his wife spent part of the morning discussing the shutdown, and wondering, “Are they cleaning the school properly?” he said.

Gov. Andrew M. Cuomo, in providing the latest update on the virus, said the state will implement a new policy that calls for any school where someone tests positive to be closed for 24 hours so health officials can assess the local situation.

At Hofstra University on Monday, some students said they were stunned to hear classes had been canceled. Other students initially didn't take it seriously when word spread that all campus classes were canceled leading into the spring break.

“We all thought it was a joke at first, “said Samantha Slootmaker, 20, a junior from New Jersey majoring in speech language science.

Sydney Collins, 19, a physicians assistant major from Connecticut, said the shut down “messes up classes.”

“I’m surprised," Collins said. “I think it’s a little bit of an overreaction.”

The shutdown will allow her to spend two weeks instead of one week at a house in South Carolina for the break, Collins said.

Columbia University has also suspended classes, officials said Sunday. Classes were suspended for Monday and Tuesday "because a member of our community has been quarantined as a result of exposure to the Coronavirus (COVID-19)," said Columbia University President Lee C. Bollinger in a letter posted on the school's website.

Fordham University suspended all face-to-face classes across its campuses until further notice, it said in a community update. Classes will be taught online beginning Wednesday.

Yeshiva University suspended classes on its undergraduate Beren and Wilf campuses through Monday, March 16, as a precautionary measure. An adjunct professor who hadn't been on campus for three weeks tested positive for coronavirus, the school's president, Ari Berman, said in a note to the campus community. This is in addition to the undergraduate student who tested positive last week, according to the university.

Suffolk has three new coronavirus cases; National Guard deploying to New Rochelle for 'containment'The number of confirmed cases of coronavirus in New York has increased to 173. More than 100 people have tested positive for the virus in Westchester County alone. Is your school closed? Check our list of closingsThese are the Long Island school districts and area universities that have closed already or are planning to temporarily close in response to concerns over the coronavirus. Suffolk has 1st coronavirus case, Nassau up to 7Health officials believe the Suffolk man contracted the virus through community transmission, County Executive Steve Bellone said. Columbia University said classes would be canceled Monday and Tuesday. Public asked to report price gouging related to coronavirusOfficials said items, such as hand sanitizers, are being sold for exorbitant prices, and retailers face fines for gouging.