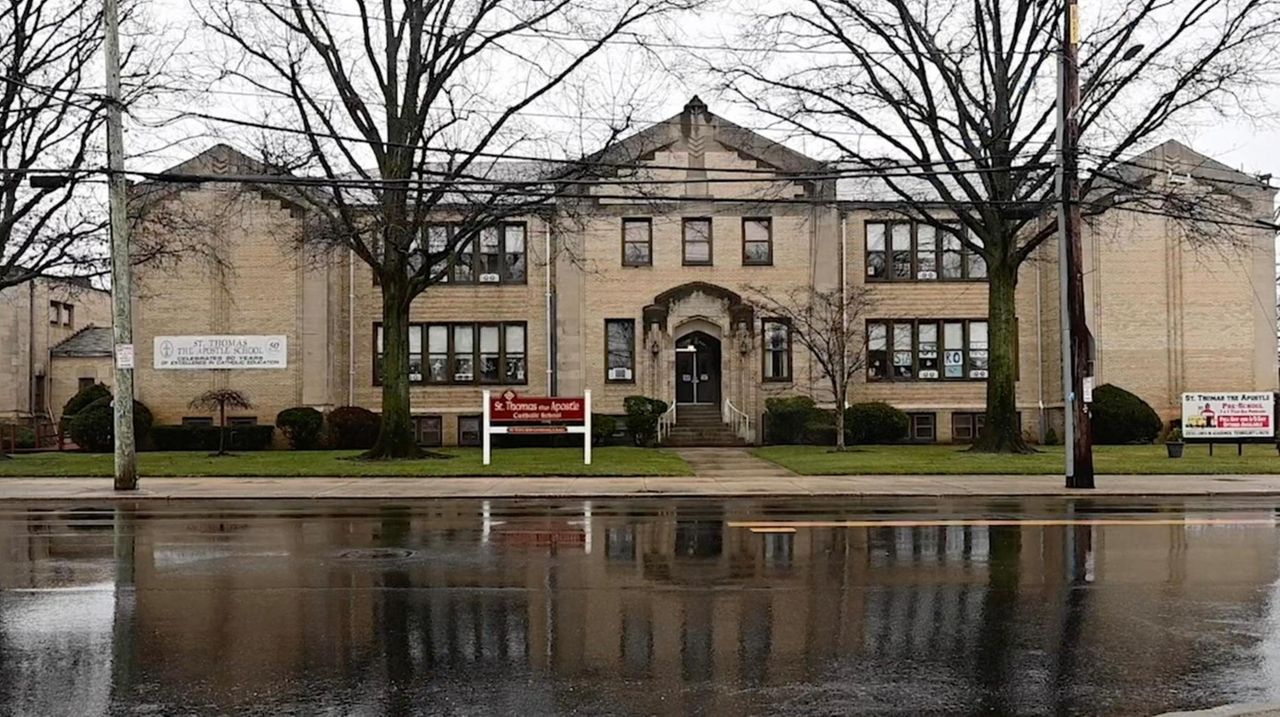 Parents and alumni were shocked and saddened when they discovered that the Diocese of Rockville Centre decided to close two Catholic grammar schools in June. Now, they are fighting to reverse the shutdowns. Credit: Newsday / Thomas A. Ferrara

Parents and alumni say they are shocked, saddened and angry over the Diocese of Rockville Centre’s decision to close two Catholic grammar schools in June, but are fighting to reverse the shutdowns.

The diocese announced on Tuesday that St. Raymond School in East Rockaway and St. Thomas the Apostle School in West Hempstead will close at the end of this academic year, citing declining enrollment and revenue, both exacerbated by the COVID-19 pandemic.

Harding was in tears Thursday as she contemplated the shuttering of a school that has been linked to her family since 1964. She and her five siblings all attended St. Thomas. So did 10 nieces and nephews.

"That school is like part of our family," she said. "A lot of us just feel like we weren’t given a chance to try to save the school."

She and others are launching a petition drive, asking the diocese how much money would be needed to keep the school going, and plotting ways to raise it.

"Yesterday my phone lit up knowing that the school is going to close," Ryder said Thursday.

"It’s upsetting," he said, recalling that just two years ago he was invited back to talk to the students.

The commissioner recalled his days as a student at St. Raymond and how he participated in school plays and played basketball in a basement gym that was so small if "you shoot too high you hit the ceiling. But it was a typical Catholic school. It’s not about the sports. It was about your faith and about your studies."

Ryder said he signed a letter that parents are circulating asking Bishop John Barres to keep the school open.

Theresa Gaffney, another St. Raymond parent, said, "We are extremely upset. We didn’t have a chance to even have our voice heard for ideas of what we could do,"

She said school officials told parents "for years that we’d be fine."

"There were incoming parents that came in this year that were promised their kids to graduate," Gaffney said.

The closing of the two campuses will add to the four other Catholic grammar schools shuttered on Long Island in the past year and a half — one announced in January 2020 that, along with three others, closed in June of last year.

It will leave the diocese with 33 grammar schools in Nassau and Suffolk, compared to 53 a couple decades ago. In the 1960s, the diocese had 92.

Church officials said enrollment and revenue at St. Raymond and St. Thomas have been declining for years.

Enrollment at St. Thomas, which is nursery through grade eight, declined 35% over the past five years, to 209 students, said diocesan spokesman Sean Dolan. During that period, he said, the school received $1 million in subsidies to stay afloat, including a combined $272,000 from the parish and the diocese in 2019-20.

St. Raymond, also nursery through grade eight, and founded in 1927, had similar recent declines and subsidies.

The pandemic sharply reduced donations at Masses, which left the parishes with even less money to give to the schools, Dolan said.

For Msgr. Francis Maniscalco, pastor of St. Thomas, the decision to close the grammar school is "heartbreaking," although he stressed that fewer students are enrolling.

"Some parishioners may be shocked because they remember St. Thomas as it was — a big thriving school," Maniscalco said. "But St. Thomas has been struggling with declining enrollment for several years."

As the Catholic population in the area became older and smaller, rumors of the school closing floated for years, he said, prompting some families to leave. Some spots were filled during summers when new families signed up, Maniscalco said, but the pandemic made that impossible last year.

Lori Lang, president of the school board at St. Thomas, said the announcement caught her off guard and she believes the school is still viable.

"I’m shocked and you would think the school board president … wouldn’t be shocked," she said. "Everybody is kind of shocked because our enrollment is over 200. We’re 209. That’s not a small school."

Lang said the diocese gave her no indication that the school was on the verge of closing. In fact, she said, a new program launched last year to revitalize Catholic grammar schools — the Morning Star Initiative — gave her the opposite impression.

Closing down was "not the message we’ve been receiving for the last two years," she said." I feel like this is very shortsighted and very sudden. You can’t raise a generation in faith if you don’t have open schools where parents want to send their kids to."

Harding said many of her fellow classmates who graduated from St. Thomas later sent their own children there.

"We keep coming back," she said.

Now, "my children are devastated," Harding said. "It’s like we’re being uprooted."