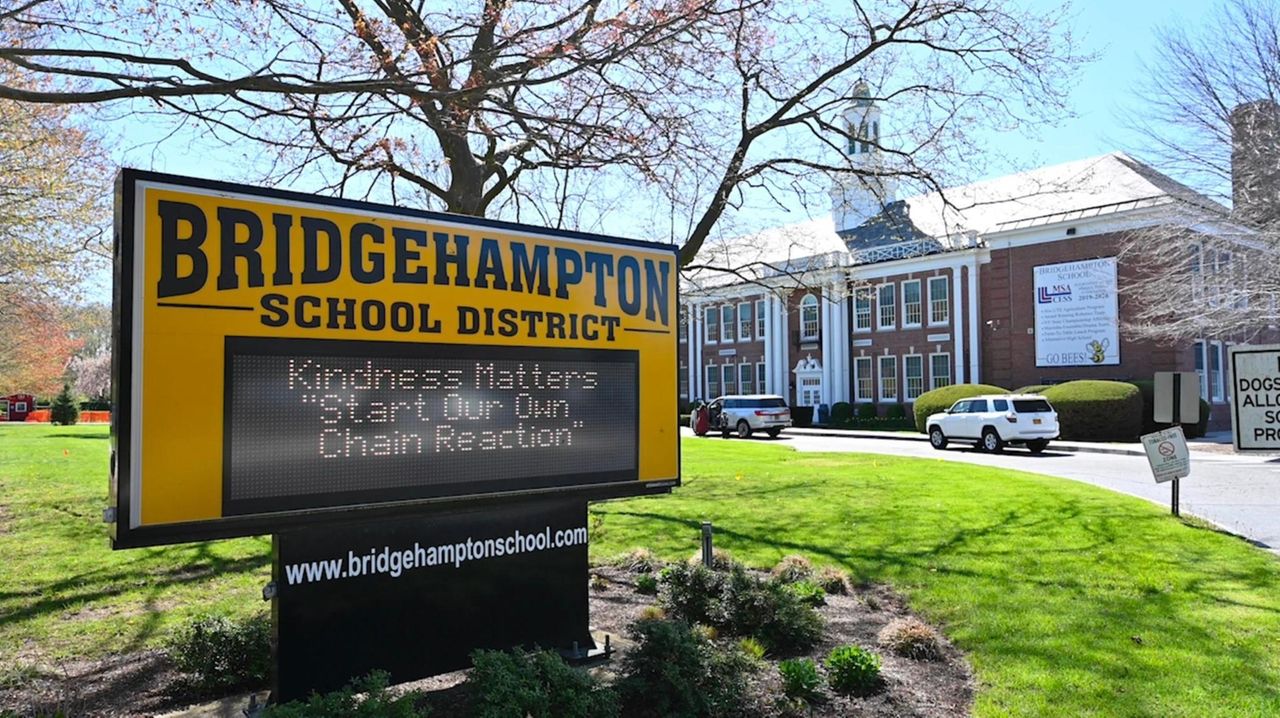 Five Long Island school districts will ask voters to exceed the state-imposed limit on the amount they can raise school taxes for 2021-22. Credit: Gordon Grant

Five of Long Island’s 124 school districts will ask voters on May 18 to exceed the state limit on the amount they can raise school taxes for 2021-22, but approval requires a supermajority vote of 60%.

The districts — Wantagh, Sagaponack, Islip, Three Village and Bridgehampton — are asking voters to pierce the tax cap during an unprecedented time, according to a Newsday analysis. Costs rose sharply during the past year to provide schooling amid the coronavirus pandemic, but many districts also received millions in federal aid.

School taxation accounts for about two-thirds of the average homeowner's tax bill.

Five of Long Island’s 124 school districts will ask voters on May 18 to pierce the state limit on how much they can raise school taxes for the 2021-22 school term.

The measure requires a supermajority vote of 60% approval.

School taxation accounts for about two-thirds of the average homeowner's tax bill.

New York State establishes a separate tax levy cap for each school district, limiting the degree to which districts can raise property taxes. The tax levy is the total amount of money raised through local property taxes in each district. School budgets that remain within the cap require only a simple majority approval.

For the next school year starting July 1, the Wantagh school district received a tax levy cap of -0.61%, which means the district would have to reduce its spending in order to stay below the cap, Superintendent John McNamara said.

That reduction, some $2.7 million, would have a profoundly negative impact on educational programs, McNamara said. Consequently, the school district has proposed a $83.5 million budget, and a proposed tax levy increase of 3.8%. The district estimated the budget would cost an average single-family homeowner $9,691 for the year.

To keep down spending, McNamara said the budget proposes cutting 19 positions, including administrative, teaching and classroom and health office aides, he said.

The district initially received no money from the federal stimulus plans approved last March and December, McNamara said. The funding was based on the amount of low-income students in the district, and Wantagh fell just below the threshold of 2% of students in poverty, McNamara said. After appealing to federal officials, the district will receive a total of $3.3 million, he said.

If voters in these districts reject the proposed budget, the school board may put up the same or a revised budget for a second vote. They also can adopt a contingency budget with a tax levy no greater than the previous year. If voters reject the spending plan twice, schools must adopt a budget with the same tax levy as the prior year.

In the Islip Union Free School District, the state permitted the district a cap of -2.33%, which would require a decrease in the budget. But the district is asking for a 2% increase. Islip has crafted a $88.7 million budget.

"If we would go with that tax levy, we would have to cut our budget by over a million dollars, which we couldn't," Superintendent Ellen Semel said.

Islip was allocated about $5.1 million in federal stimulus money last year, but Semel said she has yet to receive it.

The Bridgehampton and Sagaponack districts receive virtually no federal stimulus due to factors that include their relatively low number of poor students.

The state permitted Bridgehampton a tax levy increase of 2.93%, but the district is asking voters for a bump of 8.93% for its $20.6 million proposed budget.

A driving force for the increase is the significant rise in the number of special education students, from 48 last year to the current figure of 59, Superintendent Robert Hauser said. He noted the pandemic prompted numerous families with special needs children to move to the less-congested area on the East End.

The pandemic also forced the Bridgehampton district to take $500,000 from its reserves, nearly two-thirds of that fund, to hire new teachers and move trailers onto the site, he said.

"The costs have drained our reserves," Hauser said. "Being a small district, we don't have that much."

Like Bridgehampton, the Sagaponack district, located in the Town of Southampton, said it depends heavily on taxes for its budget. The district did not receive any stimulus funding last year, officials said.

Sagaponack is requesting a 9.69% increase in its tax levy, which is above the state cap of 2.72%. The new figure would cost the average homeowner $1,011 for the year, officials said.

"This past school year, like many other districts across Long Island, we had expenditures that were unexpected, such as costs related to COVID-19, as well as those associated with increases in student enrollment," Superintendent Alan Van Cott said.

Three Village officials said they had to use $7 million of their reserves to fund the costs of the pandemic, and they need to replenish that fund. For it's proposed budget of $222.6 million, the district is requesting a tax levy increase of 1.85%, which is above the district's tax cap limit of 1.37%.

"As much of this was funded through the use of district reserves, the district must now begin to repay those monies in accordance with special legislative action, while also planning to maintain funding sources to sustain those health and safety practices for the upcoming school year," the district said in a statement.

LI school elections: full resultsSchool district residents went to the polls Tuesday to vote on budgets and members of their local boards for the coming school year. Here are the latest results from LI's 124 districts.