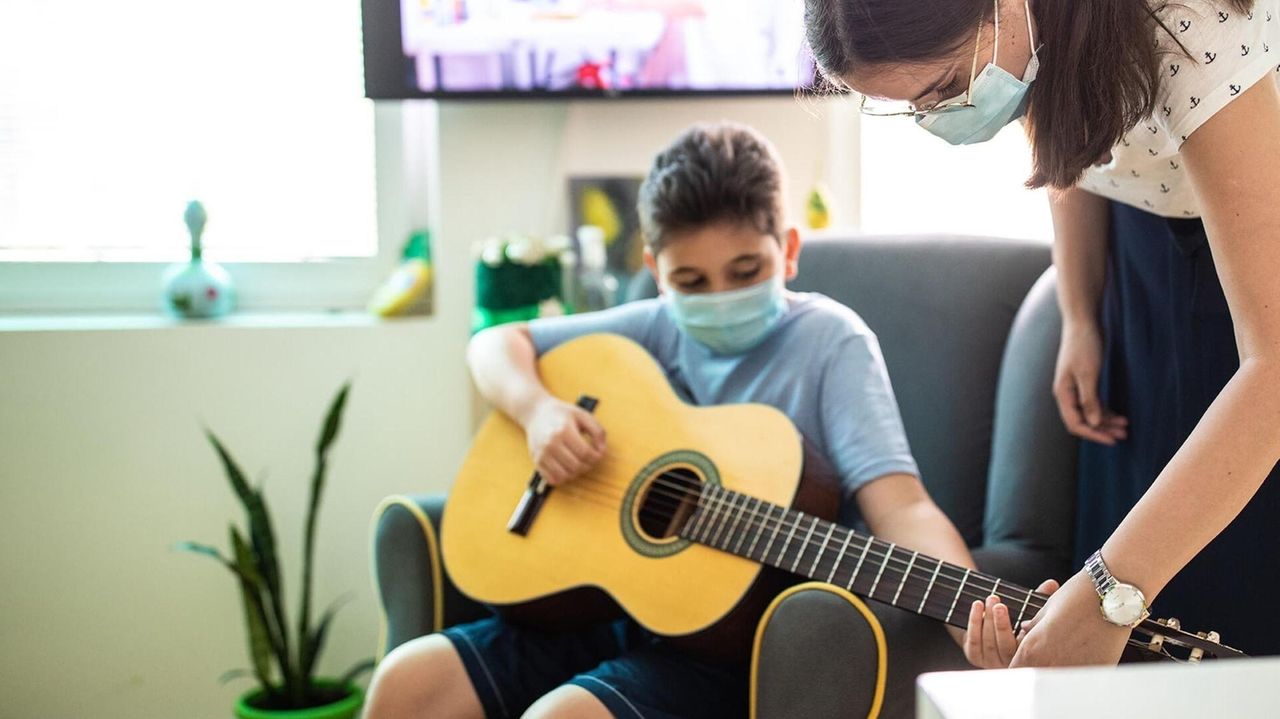 Students, parents and educators are discussing bringing back clubs and the arts, like drama and music, in the age of COVID-19. Panelists include Rhonda Taylor, acting superintendent of the Uniondale Union Free School District; Mary O'Meara, superintendent of Plainview-Old Bethpage Central School District; Ariana Glaser, Smithtown High School East student; and Michael Salzman, immediate past president of the New York State School Music Association and the coordinator of fine and performing arts for Syosset schools.

A discussion on why extracurricular activities such as drama and musical performance are still on COVID-19 state-recommended restrictions, while sports such as wrestling, basketball and cheerleading have been allowed to resume was the topic of a Newsday Live webinar, "Education & COVID-19: Getting Extracurriculars Back on Track."

Filler asked the panel why as federal and state conversations about when in-person learning will resume, there seems to be a disparity because "higher-risk sports" have returned while performing arts activities are still stalled.

"I think that’s a conversation that takes on even more importance once we say it’s OK for two peoples' faces to be 6 inches apart on a wrestling mat or basketball court," he said. "Why we can’t have people 2 feet apart in desks or in the cafeteria."

Glaser, a high school freshman who has an interest in studying music and theater, said the adjustment to virtual participation has been difficult.

"It’s upsetting seeing that there’s so little being done for us when there’s literally kids like you said on a mat 2 inches apart with no masks wrestling," Glaser said.

Salzman said state guidance released in August called for 12 feet of separation for students who are playing wind instruments or singing.

"Although it was only a recommendation, it wasn’t a state mandate, the wording used words like 'reasonable parties will ensure,' so very few school districts, at the time, chose to take that only as a recommendation and ignore it."

Taylor said student athletes speaking before school boards and parents writing letters advocating for sports to return could be a reason those have come back before other activities. She pointed out it is not only students in the arts who are still not back in action, but also students such as those studying to be EMTs and those studying debating.

"We know that nothing beats the opportunity for scholars to be able to meet in person," Taylor said. "We want to see the same level of intensity given to the extracurricular activities that are more curriculum based."

O'Meara said the best way to address the issue is straightforward.

"If we just had one set of rules and then have the trust that we know what health and safety measures have prevented the spread and transmission of the virus so if those are present in an agnostic way, as you say, we should be fine."