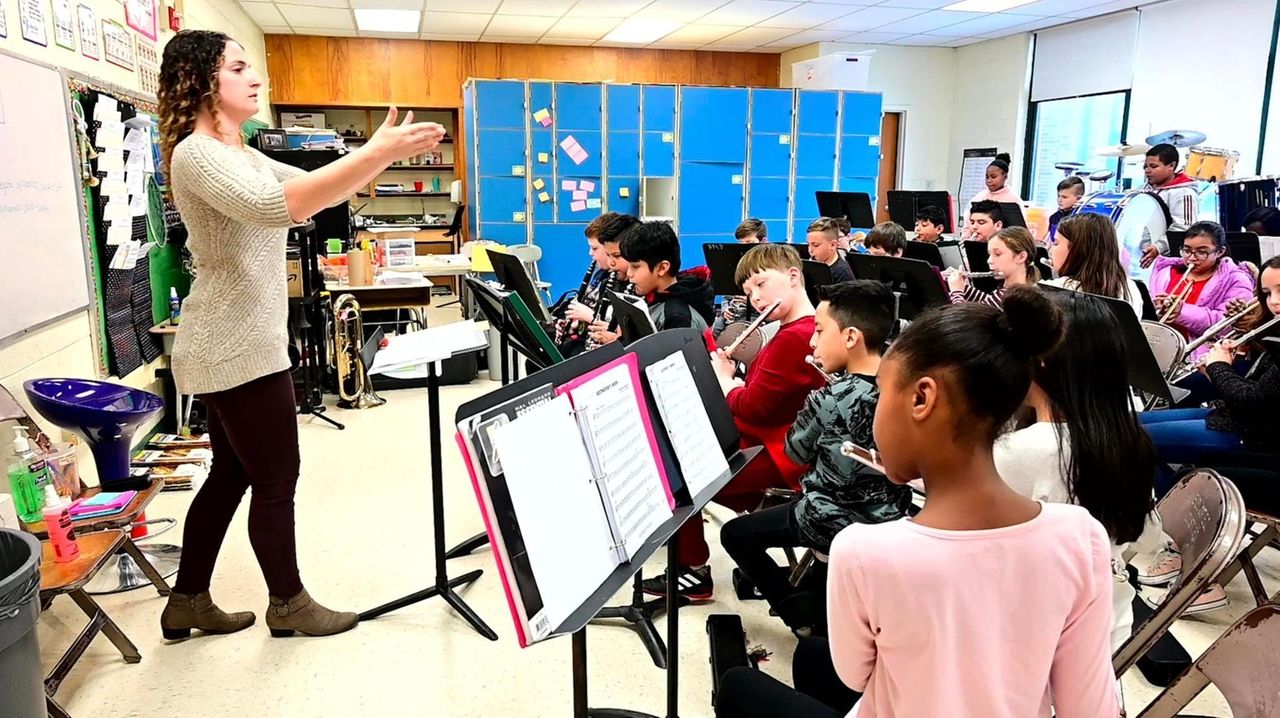 Much of the financial inequity can be traced to the suburban housing segregation of the 1950s, when minority homebuyers found themselves restricted to a handful of school districts, according to Lisa Tyson, president of the Long Island Progressive Coalition, a regional advocacy group. Tyson reminded educators attending a recent conference in Seaford that the housing patterns tended to widen the income gap between districts, creating disparities that continue today.

"The unequal distribution of wealth between school districts on Long Island is a product of our segregated past — and present," Tyson declared in a statement released at the conference.

New York State in recent years has moved to reduce the economic gap, but with mixed results. Currently, more than two-thirds of state funding is distributed through a so-called “foundation” formula, launched in 2007 with the intent of helping districts with large numbers of impoverished students.

Foundation aid was developed largely in response to a landmark ruling by the Court of Appeals, the state’s highest bench. The decision held that Albany was not doing enough to provide New York City schoolchildren with a “sound, basic” education required by the state constitution.

In its initial design, the “foundation” approach seemed simple and straightforward.

The idea was that the state would first look at spending in districts where a respectable number of students passed state tests, to determine how much money was required for success. Then, the state would push the extra cash toward New York City and other needy school districts, based largely on the number of students in those systems who lived in poverty, spoke limited English or faced other obstacles to learning.

However, the drive for expanded funding soon stalled in the face of the 2008 stock market crash and the ensuing recession.

Consequently, frustrations have been building in districts, such as Hempstead, that still feel the historic effect of segregation, and also in systems such as William Floyd, where a lack of taxable commercial property is a major problem.

"Look, we're realistic, they can't fund the full formula," said Robert Vecchio, who has served as president of William Floyd's school board since 2006. "But something needs to be done, because the inequities continue to grow between high-needs and low-needs districts."

One idea advanced by Vecchio and many colleagues is that Albany take steps to relieve financial strains on districts by reducing state "mandates" for student services in special education and other areas that cost substantial money.

Christian Diaz, 17, a senior at Hempstead High School, said he is reminded of the financial struggles faced by his district whenever he tries to spend time on a classroom computer to further his long-term goal of a career in digital art.

"We may have one computer in a class — most don't work," Diaz said.

In addition to economic limitations, Albany politics also has played a role in limiting the drive for more equity in schools. Since foundation aid was introduced, the tendency among lawmakers has been to ensure that their constituencies get a share of the money, regardless of financial need.

In the state capital, legal "floors" were quickly written into the formula language to provide districts with at least as much state funding as they had received in past years, even if their enrollments were falling. In addition, legal "ceilings" were installed to prevent any drastic transfers of money from the richest district to the poorest.

The result: a statewide aid package totaling more than $27 billion that has risen by more than $900 million annually in recent years but still does not meet the basic requirements of dozens of districts across New York. That, at least, is the verdict of finance experts who have studied the issue in-depth, as well as school officials, parents and students directly affected.

The Education Trust-New York, a nonprofit research and advocacy group, also has addressed the issue. In 2018, the Manhattan-based agency declared in a news release that “New York State has one of the most inequitable school funding systems in the nation.” The agency cited a study showing that New York ranked third from the bottom among states in terms of money spent on districts serving the most low-income students, as compared with the least low-income students.

Locally, many communities still harbor painful memories of what happened in the aftermath of the Great Recession, when Albany moved to close its own budget deficit by imposing aid cuts on local districts.

Such was the case in William Floyd, a system of about 8,900 students in southern Brookhaven Town. The district ranks sixth from the bottom on Long Island in terms of taxable wealth, which is just over half the state average.

William Floyd, according to administrators, lost about $20 million in state aid between 2009 and 2011. This forced the district to lay off teachers and other staff, raise class sizes, stagger busing schedules and cancel enrichment programs, including band and orchestra training in the system’s six elementary schools.

More recently, William Floyd, like many districts, has begun restoring staff and programs as state funding has rebounded. Bands and orchestras have resumed rehearsals in elementary schools, and George Ober, the district’s music coordinator, said the system has won national commendations for its programming three years in a row.

Still, Ober said, the district’s elementary music staffing remains a bit smaller than it had been. There is less time for advanced training of individual students, and budgeting is tight for replacement of musical instruments.

Longtime resident Vincent Panicola, 56, recalled disruptions in family routines that occurred during the budget cut years, when bus schedules were shifted in order to save money. One result, Panicola said, was that his three young sons, like many other students, could no longer catch their morning buses at the same time, but rather had to leave home on staggered schedules, often in the dark.

“We lost a lot of things for the kids, and not just fluff, but a lot of basic things, serious programs, like busing,” said Panicola, who at the time served on the district’s budget advisory committee.

“If you’re a district like Jericho, with a great tax base, then your kids are able to have a full program. You’re not dependent on state aid to make up the difference. That’s what makes it unfair.”

School spending statewide totals more than $70 billion for 2019-20. Spending in the Nassau-Suffolk region is $13.1 billion, with about 68% coming from localities, 25% from the state, and the rest from the federal government.

How funding breaks down statewide:

55%: property taxes and other local sources