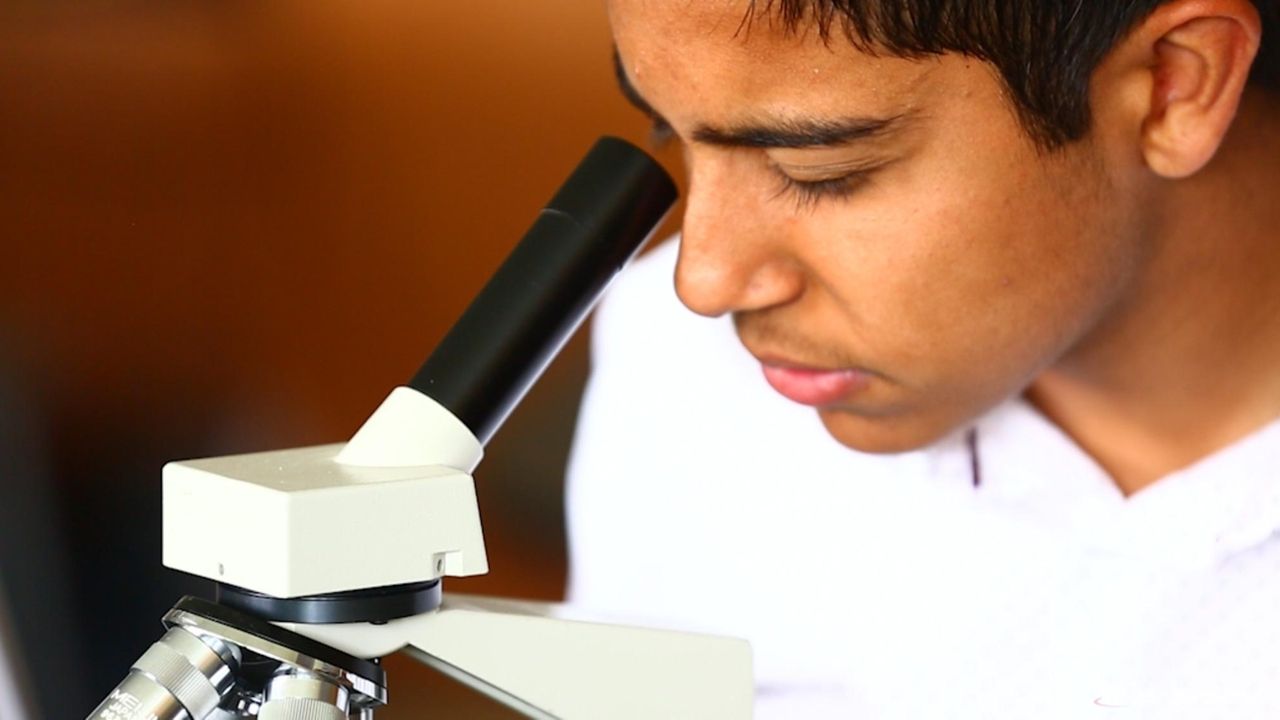 Stories about poor medical care in his father's home country of Tanzania inspired Sanford H. Calhoun High School senior Hadi Aziz to pursue a medical career. During his years in high school, he and classmates raised about $10,000 to help fund a consultation room and clinic for pregnant mothers in the village of Kibaha, Tanzania.  He will attend the Sophie Davis Biomedical Education Program in CUNY's School of Medicine. On May 26, 2017, Aziz spoke about his hopes and dreams.  Credit: Newsday / Chris Ware

Hadi Aziz heard about Tanzania from his father, who left the East African nation when he was age 18. Nurses, he recalled, were low on medical supplies despite a high demand for care.

Aziz, 18, said the tales of treatment there inspired him to pursue a career in medicine and service in the most vulnerable communities. In the fall, he will attend the Sophie Davis Biomedical Education Program, part of CUNY’s School of Medicine, an accelerated curriculum that combines undergraduate and medical school in a 7-year program.

“It kind of struck within me that certain communities around the world that suffer from poverty don’t have access to the medical services and the medical supplies that we take for granted every day,” said Aziz, who lives in Merrick.

Tanzania has been at the center of Aziz’s philanthropic efforts. He and his classmates raised about $10,000 to help fund a consultation room and clinic for pregnant mothers in the village of Kibaha. The funding went to Project Safe Motherhood and will be used toward construction at the Medewell Health Centre. The charity is run by his uncle.

Aziz’s guidance counselor, Ricky Posner, describes him as “seamlessly able to handle any rigor in life that’s sent his way. He looks for the challenge and does it all with such grace, poise, and levelheadedness.”

Aziz worked last summer in a laboratory at the Dana-Farber/Harvard Cancer Center in Boston, under the supervision of a postdoctoral research fellow studying a gene involved in kidney cancer.

“From Day 1, that’s what he wanted to do,” Boyce said. “He sought out the best of the best. He’s just got this energy that most teenagers don’t have these days.”

Beyond academics, Aziz is known for giving speeches at his mosque. He said that every Sunday since the seventh grade, he has spoken about Islamic morality and ethics to congregants after the morning prayer service. Last year, he addressed a congregation in Orlando, Florida, after religious leaders there saw him speak in Elmont.

“This young man wanted to grow,” said Mohamed Raza Dungersi, cultural consultant at the Mehfil-e-Panjatan mosque in Elmont. “He always asked for opportunities.”

Aziz said he is most looking forward to “making amazing friends” in his freshman year and “developing a love for medicine, specifically, in a classroom environment that’s dedicated to medicine.”

IF I RULED THE WORLD: “I would definitely change global poverty . . . an increasingly large issue in the world today. One of my missions in this world is to help solve this problem.”