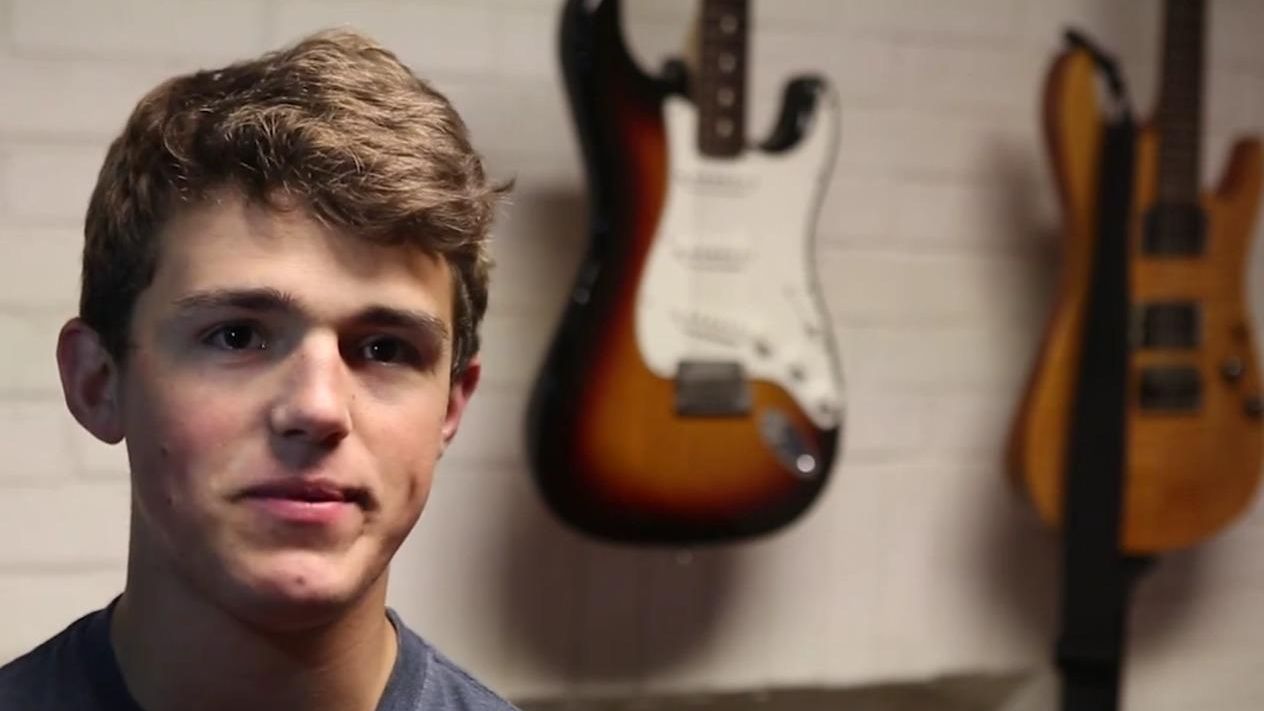 Bobby Menges was 5 years old the first time doctors diagnosed him with neuroblastoma, a rare and potentially lethal cancer. He was 9 the second time.

In between the cancer bouts, he broke a leg so badly that his femur stopped growing. Treatment involved re-breaking the leg and would not have been out of place in a medieval dungeon: "They stuck metal pins in the bones, and every day I'd turn the little knobs on the contraption to pull the bones apart a little bit," he recalled.

Menges, now 17, is cancer-free, sound of limb and deeply changed by what he went through.

"It changed my mentality," said Menges, one of Newsday's 12 Extraordinary Seniors. "I don't like to let days go by when I'm unproductive. I feel like I always have to be doing something because I understand that life is short and you have to use everything up."

Menges, of Garden City, joined the wrestling team in high school, started a rock band with friends, composed an experimental suite of songs based on the Iliad and raised money for medical research. Last year he raised $95,300 for the Leukemia and Lymphoma Society's Man and Woman of the Year Campaign, drawing on a sizable list of email contacts and an innovative twist: Every "ask," or donation request, encouraged the recipient to forward it to 10 more people.

"This year people are saying, 'I want to beat the kid,' " said Jennifer Taggart, the campaign's senior manager. "He set the bar so high."

Cancer is still with Menges, but in a good way. "It'll never leave my life and, really, I don't want it to . . ." he said. "I have an obligation to help the people that helped me when I was in treatment."

HIGHER ED: Menges will attend Duke University and hopes to major in music and math.

"Duke is a worldwide university with people from all around the world, different countries, parts of the nation, and it's going to be a great experience to learn from them."

WHAT MAKES YOU EXTRAORDINARY:

"I had a lot of rough things go on in my childhood . . . instead of wallowing in pity, I took those experiences and turned them into a positive."