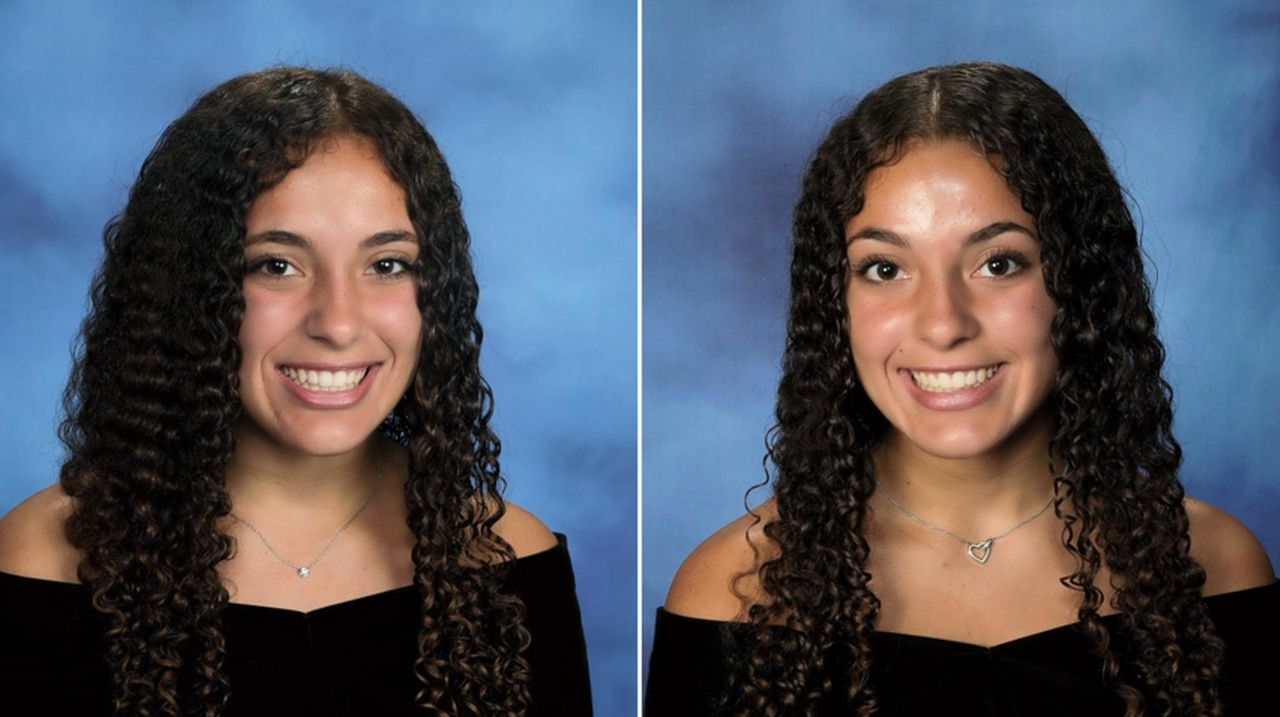 Gianna Morales says the best part of having an identical twin sister is that “you’re never really alone, anywhere.”

“You have a built-in best friend basically,” says her sister, Rebecca Morales.

The Farmingdale High School seniors have always been side-by-side. They played instruments in their school’s wind ensemble (Gianna the French horn; Rebecca the clarinet), were co-presidents of their school’s Spanish Honor Society, and both ran track and played soccer.

But they wrapped up their senior year with perhaps their greatest side-by-side accomplishment yet: Gianna was named valedictorian and Rebecca salutatorian.

Just .07 point separated their final GPAs. Gianna says she and her sister have never been too competitive, although Rebecca pointed out that Gianna is more of the leader in their partnership.

“It was more motivational and supportive than really competing,” Gianna said. “If one of us got a better grade, it would just encourage the other to work harder for the next test or the next assignment.”

“And we always helped each other out,” Rebecca added.

Farmingdale’s graduation ceremony was supposed to be held on June 23. Now, the school is planning a drive-through celebration on that date, with a tentative in-person ceremony scheduled for August.

The sisters are working on their graduation speeches at home — separately. They plan to compare the speeches later to make sure they aren’t too similar. In the meantime, they’ve been baking and drawing in between their final class assignments.

“It’s definitely a big change from past years because we were always very focused on academics, so it’s weird trying to find other things to do to fill up the time,” Gianna said.

Their joint academic journey won’t end at graduation — in the fall, they’re both scheduled to start at Cornell University on premed tracks.

“When we were applying to schools, we were trying to find schools that were best for premed because that’s what we both want to do,” Gianna said. “We both weren't planning on going to the same school, but it kind of just worked out that way.”

Gianna hopes to focus on neuroscience, while Rebecca is looking into orthopedics. Rebecca first took an interest in this medical field as a kid on the soccer field.

“I'm the goalkeeper so I was constantly getting hurt and going to the orthopedics office,” she said. “So that's what inspired me I guess, being there so often it was always very interesting to me.”

After living together for 18 years, will the girls room together at Cornell?

“Probably not,” Rebecca said with a smile. “In high school we had all the same friends and things like that, we shared like all of our experiences. In college we’re probably going to branch out and become more of our own person and make more of our own individual experiences.”