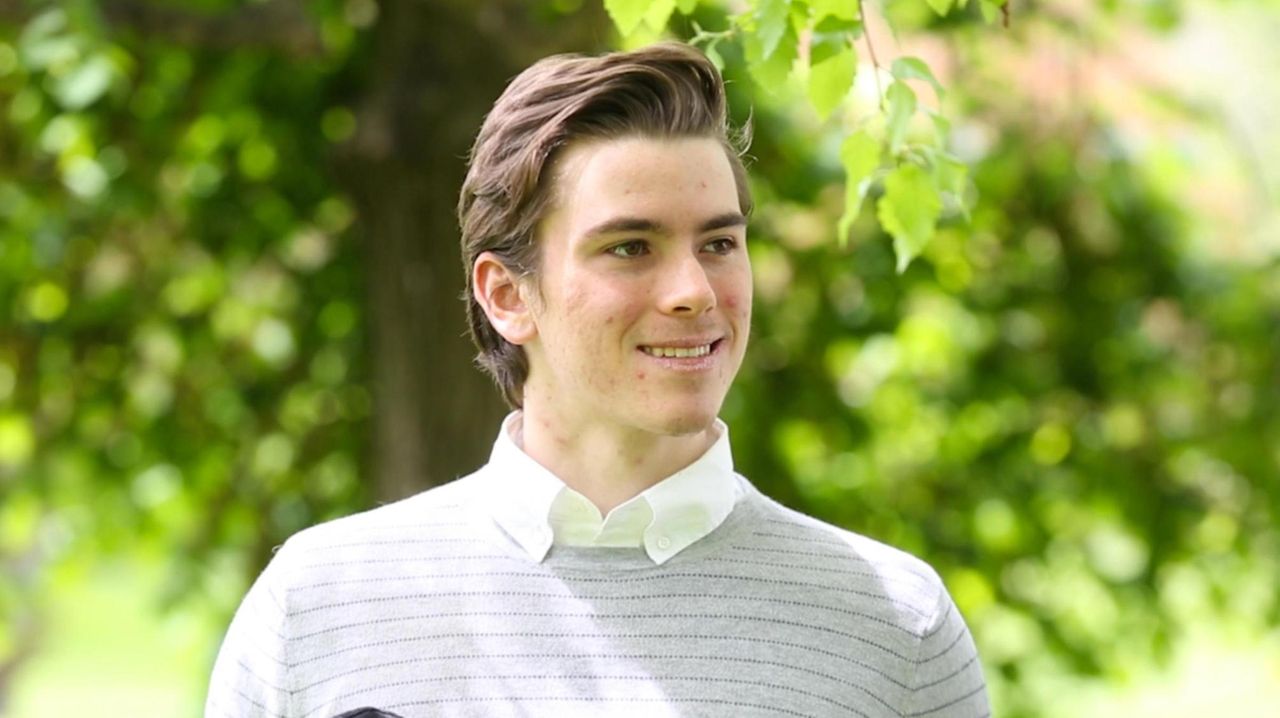 Two words come to Christine Baudin when describing her son, Michael — conscientious and determined. As a child he spent countless hours assembling complex Lego sets, and he always helped out around the house without being asked. “Michael goes above and beyond. You can count on him,” she said

Today Michael Dicpinigaitis’ selfless nature and passion for engineering manifest in his service to special-needs children. Sophomore year he started Jericho Adapts Toys, an organization that retrofits battery-operated toys to make them accessible with a switch to children with physical disabilities.

The 17-year-old from Glen Head was inspired after watching a video of his mother, a speech-language pathologist, and a child with cerebral palsy playing with a toy with an adaptive switch. When he found out how expensive those toys were, he decided to make them more available by building a free lending library of more than 100 toys shared with seven schools and organizations. This good work helped him receive a $25,000 scholarship from Equitable Excellence.

Then there’s the Feinstein Institute. He assisted researchers in the quest to solve the mystery of sepsis, a potentially life-threatening condition caused by the body's response to an infection. And since 2018 he’s volunteered more than 150 hours at NYU Winthrop Hospital in Mineola, all while juggling a rigorous course load.

“Michael is mature beyond his years. His demeanor resembles that of a graduate student. His academic prowess is remarkable,” says Jason Rubinstein, his counselor at Jericho.

But, he’s not all work. He plays tennis and runs. What makes him proud? “Little things, like when students gave me a piece of handprint artwork. I understood the importance of what I was doing.”

FRESHMEN YEAR: “Looking forward to meeting people from around the world with experiences different from mine.”

DURING THE PANDEMIC, I LEARNED: “There are opportunities to learn and teach virtually. I have done two virtual toy switch adapting tutorials.”

Huntington schools to dedicate plaque to former educator who 'made learning fun'
Health insurance cost increases jump back to pre-pandemic pace
Seniors Calendar: Events from Oct. 31 to Nov. 7
Way to Go! Student named International Thespian Officer
Way to Go! Student cycles for cancer research
Asking the Clergy: What is All Souls' Day all about?
Didn’t find what you were looking for?