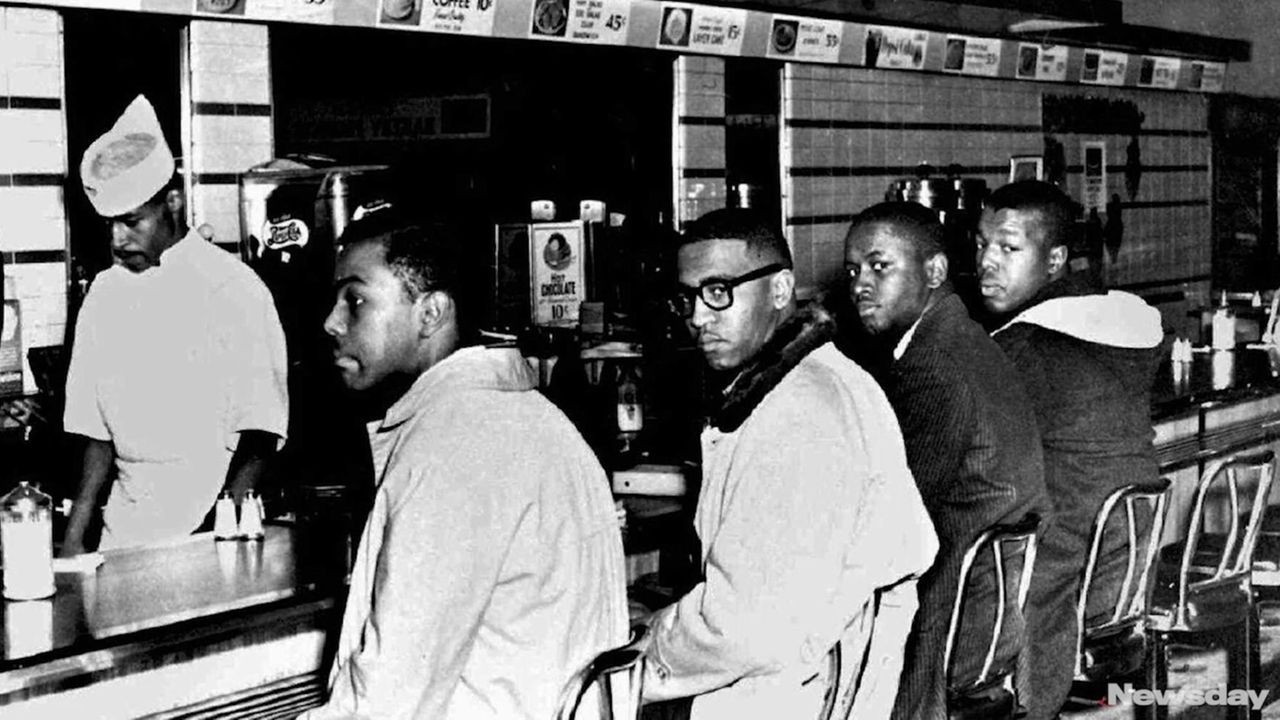 Joseph McNeil talks about his involvement in the historic 'Greensboro' sit-ins during the Civil Rights movement. Hempstead Village plans to rename an elementary school and street in honor of McNeil's accomplishments. Credit: Howard Schnapp

Joseph A. McNeil has been called a civil rights pioneer for his role as a founding member of the Greensboro Four, who led the 1960 sit-in at a segregated lunch counter in North Carolina.

McNeil has dozens of accolades, a Smithsonian award and a bronze statue at his alma mater. On Tuesday, his adopted hometown of Hempstead Village will bestow upon him an honor that he’ll see every day: The village will rename a street and a local elementary school for the living legend who still inspires his community.

“That goes a long way in closing the circle,” McNeil said. “It makes you feel very blessed that this can happen to you. We didn’t do it because we expected a reward. As a matter of fact, the opposite.”

McNeil’s story begins in 1960, when he was a 17-year-old freshman at North Carolina A&T College and on a bus trip from New York City back to school after the winter break. He stopped at a bus station in Richmond, Virginia. “I asked for a burger and they told me they couldn’t serve me,” he said.

He was told to order at an outdoor counter but refused. He then decided with his roommate and two friends to try and order at the segregated lunch counter at Woolworth’s in Greensboro on Feb. 1, 1960. They were denied service and remained in their seats for hours despite threats to call the police.

“We’ll be back tomorrow, and we’ll keep coming back until you serve us,” he said.

Their peaceful protest ignited a civil rights movement nationwide and resulted in the desegregation of Woolworth’s on July 25, 1960.

“It was a good feeling to know that you had taken a stand, that you have done something that many people couldn’t do or wouldn’t do,” he said. “I thought about all the many hours I’d spent outside picketing, trying to win minds and friends and move the movement forward.”

McNeil is now 75 and a retired major general in the Air Force. He lives on Angevine Avenue with his wife, Ina, and down the street from one of his five children. He moved to the village in 1969 on the advice of a friend after he finished active duty and needed a job.

“He recommended I take a look at the community, and it seemed to make sense,” he said. “My neighbors are the same neighbors I had years ago.”

On Tuesday, Angevin Avenue will be known as General Joseph A. McNeil Avenue and Franklin Elementary School will be renamed Joseph A. McNeil Elementary School as part of the village’s yearlong 375th anniversary celebration. The school district has already renamed schools in honor of former President Barack Obama, former New York Gov. David A. Paterson and Alverta Banks Gray Schultz, a businesswoman who was a founder of the Hempstead NAACP and the head of the school district’s adult education program before her death in 1990.

“It’s a source of pride for our residents,” Ryan said.

LaMont Johnson, a member of the village board of trustees and the school board, said it’s important to recognize the “living legend” now.

“We want our students to know that Hempstead has a rich history,” Johnson said.