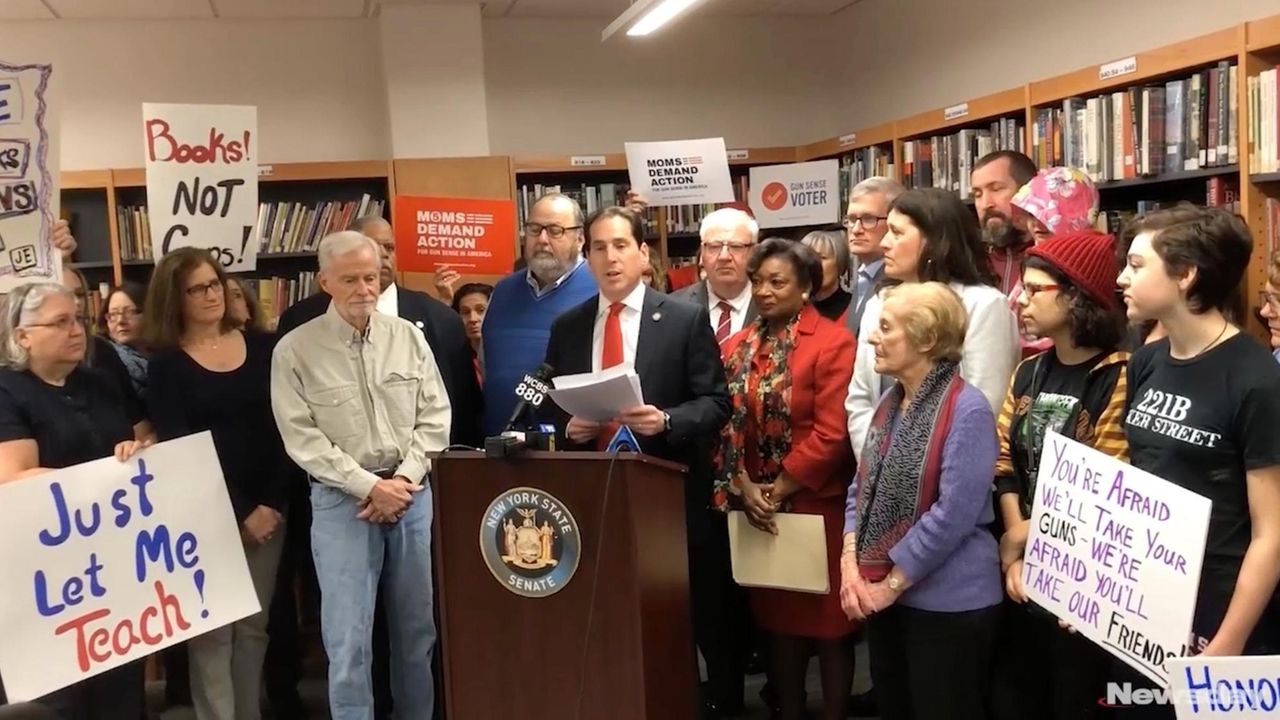 State Sen. Todd Kaminsky plans to introduce a bill that would ban teachers from carrying guns in schools.

Kaminsky (D-Long Beach) co-sponsored the bill with state Sen. John Brooks (D-Seaford), which would ban any staff to carry guns except for school resource officers, law enforcement or security guards. He plans to introduce the proposal to the State Senate on Monday.

Kaminsky and Brooks appeared with other Democratic Senate leaders Saturday afternoon in Rockville Centre at South Side High School to unveil the proposed legislation with school officials, students and the advocacy group Moms Demand Action for Gun Sense in America.

Kaminsky said the law is needed as a safeguard for school districts if current laws are changed, such as the president’s promise to eliminate federal gun-free zones. State law makes it a felony to possess any gun on school grounds.

“If we decide to arm teachers, we are implicitly saying there is nothing that can be done,” Kaminsky said. “It is a cop-out. It’s saying we know that someone who shouldn’t will get their hands on a very dangerous weapon and come into our schools. More guns are not and never will be the answer.”

New York Republicans said state officials have not proposed arming teachers accused Kaminsky of grandstanding and urged him to work on a school safety package with the Assembly.

“No one in New York is proposing to arm schoolteachers, and he knows it. In fact, Senator (John) Flanagan is adamantly opposed, and thinks teachers should be allowed to focus on teaching,” Senate GOP spokesman Scott Reif said.

A party-line vote last week by the Republican-controlled Senate defeated measures to ban bump stocks, which convert guns into automatic weapons, would have increased background checks and would have created an institute to study gun violence.

Rockville Centre Superintendent William Johnson said Saturday the state should take any steps to eliminate all guns in schools to protect students.