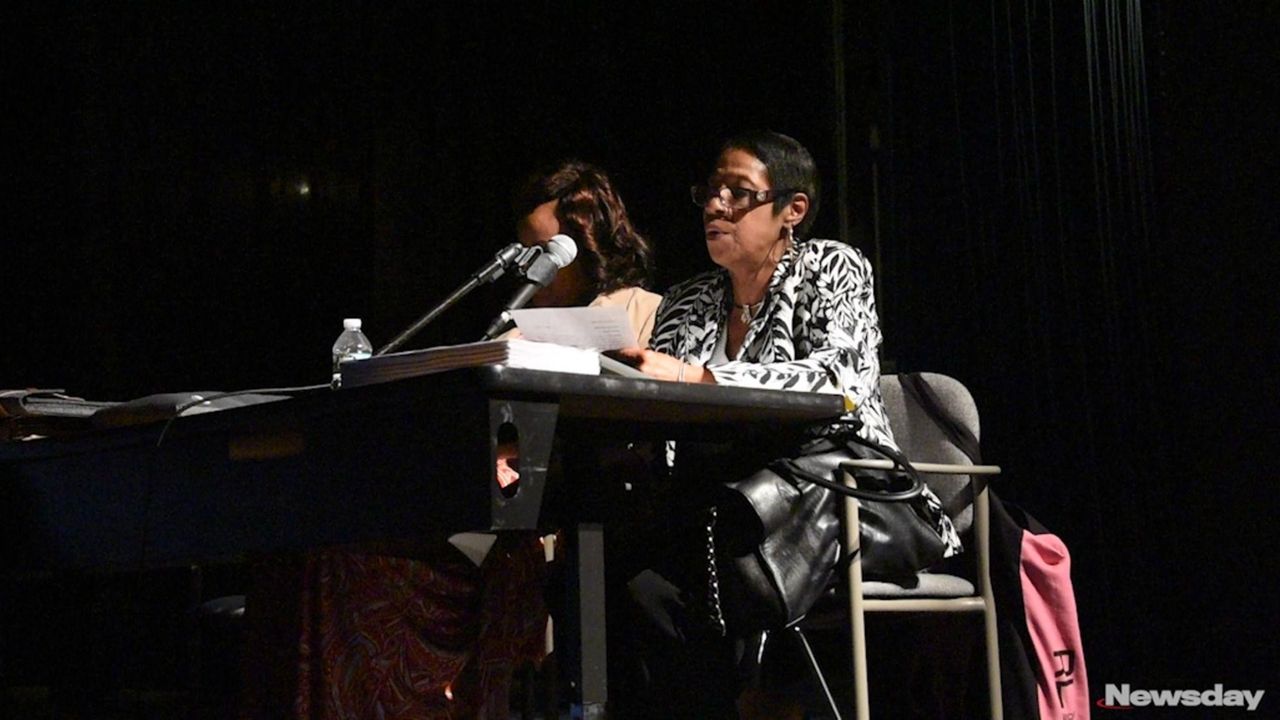 The Hempstead School Board voted 3-2 Thursday night, April 27, 2017, to hire as its new superintendent Shimon Waronker, an administrator noted for improving dangerous and struggling public schools in New York City, and a proponent of reforming traditional models of education. Credit: Danielle Finkelstein

The Hempstead School Board voted 3-2 Thursday night to hire as its new superintendent Shimon Waronker, an administrator noted for improving dangerous and struggling public schools in New York City, and a proponent of reforming traditional models of education.

Waronker, 48, a Harvard-educated Hasidic Jew from Chile who served as an intelligence officer in the U.S. Army, currently is head of school for The Jewish Academy in Commack and oversees three city schools.

The term is for four years and is pending contract negotiations.

“I have a unique skill set that I think is a perfect match for Hempstead, and I’m very hopeful and very excited to be able to use those skills and knowledge to bring the best possible education for Hempstead,” Waronker said in an interview with Newsday.

Toure said picking Waronker to head up the troubled school district shouldn’t come as a surprise to the community.

Some residents in the audience shouted at the trustees and drowned out the clerk’s reading of the resolution to hire Waronker. She was asked to read it again.

A protégé of former city schools Chancellor Joel Klein, Waronker first gained attention as an education reformer about a decade ago as principal of JHS 22 in the South Bronx. After his arrival, the school was removed from the city’s list of the most violent campuses and received an “A” on its city-issued annual report card.

He later formed the New American Initiative, a Brooklyn-based nonprofit, to spread his model. It emphasizes team-teaching, open classrooms, merit pay for teachers and higher salaries, while eliminating what he calls the “Prussian-Industrial” factory-like model in which teachers lecture to students in long rows of desks.

Waronker will take control of a district that has come under increased state scrutiny because of low academic performance and financial problems.

Both the high school and the middle school were placed under the state’s receivership program in 2015 because of low academic performance. If “demonstrable improvement” is not made within two years, the state can appoint an independent operator to control the schools.

The state Comptroller’s office in January listed Hempstead, along with the Wyandanch district, as facing the highest degree of fiscal stress for a nonurban district in the state.

Waronker replaces Superintendent Fadhilika Atiba-Weza, who took over on July 1.

The district held meetings with candidates and conducted a nationwide search. Waronker said he was contacted about a month ago, and school board members made site visits to his schools this week.

Waronker said he will largely give up his work at his foundation, with most duties taken over by a colleague, and devote himself full-time to Hempstead.

He expects there to be some resistance to the appointment of a Jewish Latino in a heavily African-American district, but said he has faced that before and overcome it.

He said he will reach out to all segments of the community, and “the fact that I am an immigrant from Chile, the fact that I speak Spanish, is going to be helpful with the large Hispanic population of the district. . . . I care deeply for the children and the results in my work show that, and I believe I can really help the children of Hempstead.”