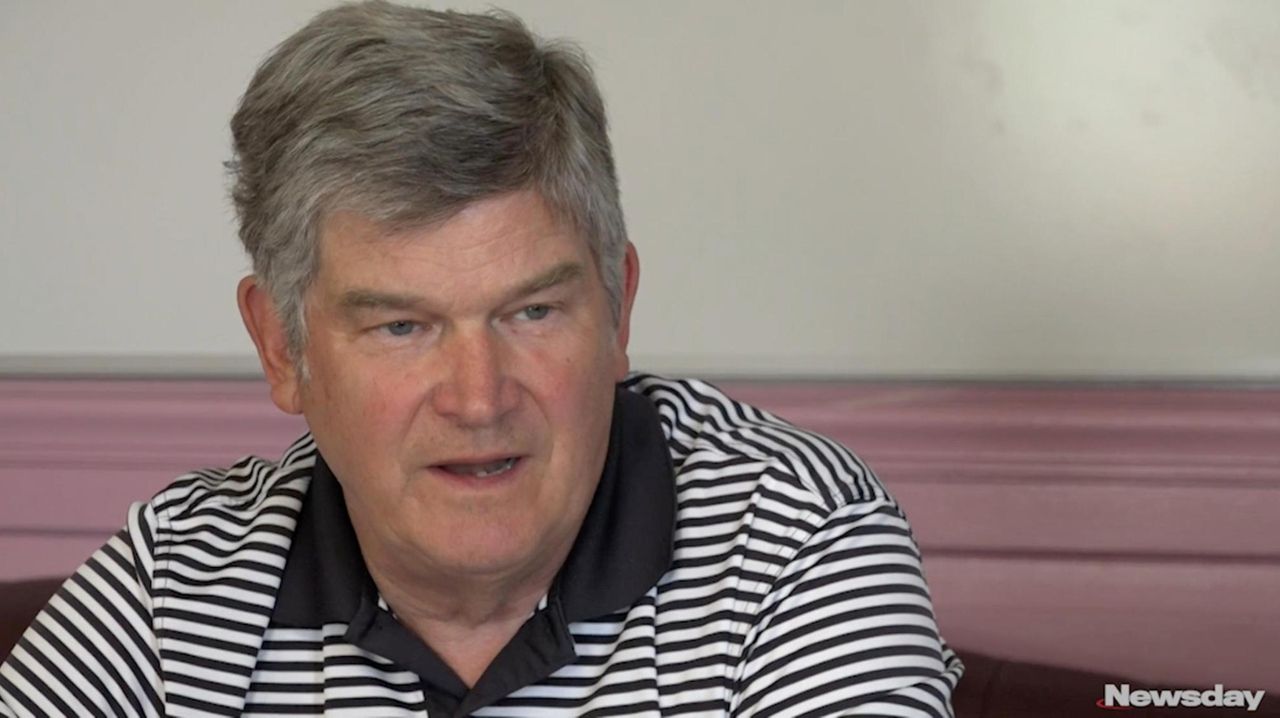 Jack Bierwirth, the state-appointed special adviser to the Hempstead school district, says he knows improvements can be made in the district but that it's a long-term process. Bierwirth has been working with the district since October. Credit: Howard Schnapp

Turning around the troubled Hempstead school district will require a sustained effort for the next five to 10 years, the state-appointed special adviser to the system said Tuesday in his first exclusive interview since taking the post.

“It’s progress, not success,” said veteran educator Jack Bierwirth, 71, whose career has spanned nearly five decades and includes stints as superintendent in the Herricks, Freeport and Sachem districts. “To get to the point where it should be in terms of facilities, operations, instruction, it’s a five- to 10-year challenge. But you get there by taking one step after another.”

Bierwirth, who was appointed by state Education Commissioner MaryEllen Elia in September and began work in Hempstead in October, said the district has made headway in the last nine months but many hurdles remain.

The 8,000-plus student district has struggled for years with rapid turnover among its administrators, infighting on the five-member school board, financial mismanagement and deteriorating infrastructure. The state Education Department has consistently flagged its academic performance as among the lowest in New York.

The largest K-12 district in Nassau Country, it faces significant challenges, with 70 percent of its students classified by the state as economically disadvantaged and 39 percent as English language learners, according to data for 2016-17, the most recent available on the Education Department’s website.

The system continues to be embroiled in a large number of legal matters, including a lawsuit brought by Superintendent Shimon Waronker, who has been on paid administrative leave since January. The district is investigating allegations of mismanagement during his administration — accusations that he has denied. Longtime administrator Regina Armstrong is serving as acting superintendent.

Along with the huge issue of leadership, Bierwirth said, the threat of a state takeover is ever looming.

“It’s going to be a possibility for a long time," he said. "I think that to the commissioner’s credit, she has said there needs to be a permanent change, and she’s committed to it.”

It would be "the best for everybody, including the state, if the changes can be made voluntarily and they see it through with my help, [or] without my help, and the state threat just kind of fades," he said. "So far at least it seems to be moving in that direction."

Elia appointed Bierwirth as "Distinguished Educator" under a 2007 state law, empowering him to intensively examine all of the district's operations — from governance, finances and academics to facilities, security and more — and to recommend protocols and steps for improvement.

He reports directly to Elia and sits as an ex-officio nonvoting member of the school board. The district pays him as a consultant; district officials have said that $117,000 was budgeted to cover his compensation and expenses through June. Bierwirth said he has been working part-time since May and likely will continue to do so until October. State records show that his annual pension from the New York State Teachers' Retirement System is $192,151.

Bierwirth's initial report to the commissioner, which she released publicly Jan. 8, placed responsibility for the system's troubles squarely upon its governance — “the single most significant barrier to the District focusing its efforts and resources on the education of its students.”

The 56-page document methodically outlined 10 areas for improvement, with recommendations and an action plan for each. Elia approved all of Bierwirth's findings and ordered the district to create a response plan by February. Armstrong submitted that plan, although Elia found that it fell short in some respects. She required additions  and asked Armstrong to submit monthly reports to her.

Bierwirth has submitted three quarterly reports since then, with each touching on the same 10 areas.

Appointed for one year, with the possibility of annual renewal, Bierwirth said he has had preliminary discussions with Elia as to whether he should continue on in the district. No decision has been made, he said, because of a desire to see where everything stands when he gives his fourth-quarter report in October.

Bierwirth said he is encouraged by the district’s efforts to put in place standardized procedures and policies regarding its budget. He also noted an agreement among board members to work together, reduce the amount of time spent in executive session, and find ways to decrease litigation.

Some changes are symbolic of the district’s aim to make progress, he said. For example, the elementary schools and middle school applied for the International Baccalaureate Primary Years and Middle Years programs, which take several years to build up and become authorized.

Bierwirth also pointed to the community’s approval in May of a $46.8 million bond issue to demolish and replace the long-shuttered Marguerite G. Rhodes School.

“I’m seeing positive change,” Bierwirth said. “The challenge for me and for them is how to make it long-standing, permanent. And I think that’s an open question.”

That will depend on the district and its leadership, he said.

“Everybody doesn’t have to agree with each other, but if they can agree to work together on issues of substance, particularly ones that they agree on, then you can start making some real progress,” Bierwirth said. “Much too much effort has gone into adult-adult issues and not enough into working on the issues of substance for students.”

Hempstead adviser’s report: Cautious optimismA state-appointed adviser to the Hempstead school district, in his first quarterly report, expresses cautious optimism about prospects for a turnaround of the troubled system but warns of potential risks ahead. Veteran educator named to help HempsteadState Education Commissioner MaryEllen Elia appointed veteran administrator Jack Bierwirth as a "distinguished educator" for the Hempstead school district, a highly unusual move to bolster efforts to turn around the chronically troubled system. Brown: 10 bright spots in Hempstead schoolsCut through the conditionals, and there are plentiful good things going on. Parents, students form education advocacy group A mother spearheading the group listed ongoing problems in the district, including poor academic performance, the high dropout rate and fiscal mismanagement.