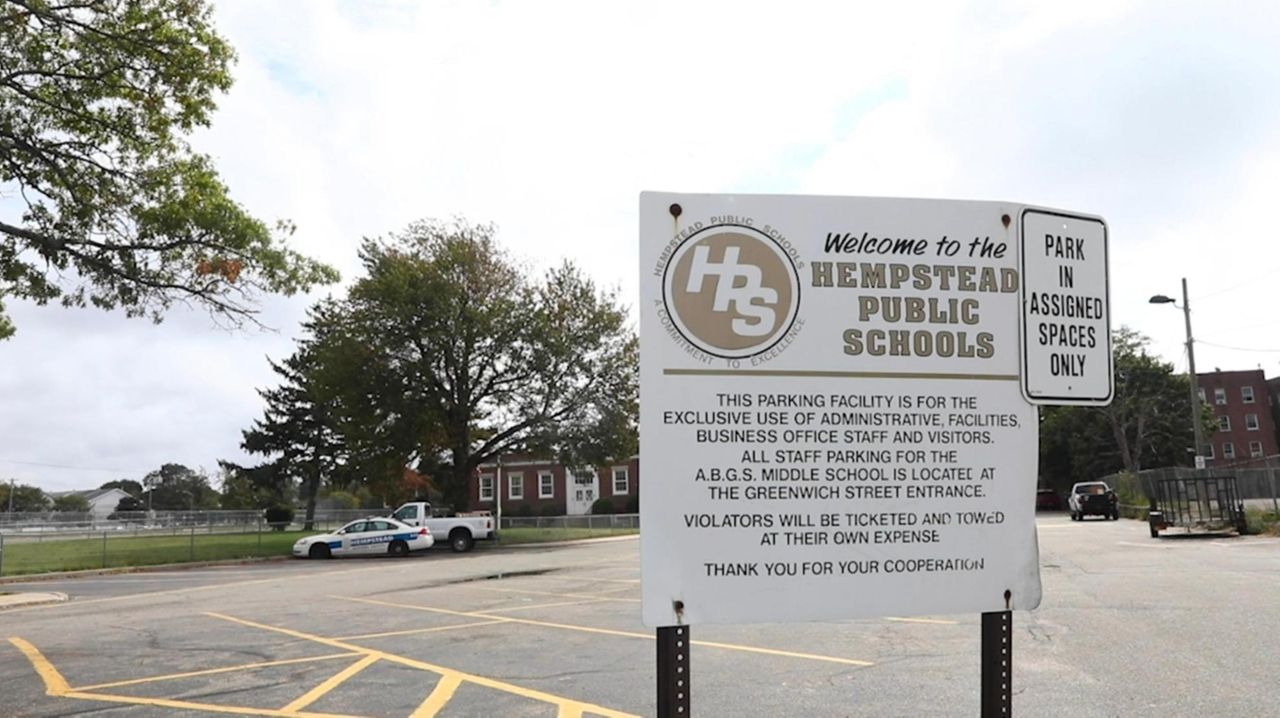 On Monday, parents and advocates demanded that the Hempstead school district purchase laptops for students who don't have them to do online learning. Credit: Newsday / Chris Ware

Two weeks into the school year, some Hempstead students still lack electronic devices promised by the district for remote learning, and district families are not happy about it.

About a dozen demonstrators gathered outside the Hempstead school district offices Monday, chanting: "What do we want, laptops, when do we want them, now!"

The event was organized by the Brooklyn-based New York Communities for Change.

"Hempstead district, you should be ashamed of yourself," said Peggy Perkins, who attended the rally and has three children in Hempstead schools.

Perkins said one of her children has yet to receive a laptop or tablet necessary for home instruction.

"Even during a health crisis," she said, "the needs of our children are once again neglected."

In a statement, Regina Armstrong, the Hempstead district's interim superintendent, accused the protesters of being "either terribly misinformed or simply unaware of the facts."

The district, Armstrong said, has sought for months to acquire electronic devices so its 6,500 students can learn remotely for part or all of the week to mitigate the spread of COVID-19 in crowded classrooms and hallways.

But the district is facing long waits for additional electronics, she said, as schools worldwide are all now seeking to buy them.

"This is a supply and demand issue that has affected the entire world, not just Hempstead Schools," Armstrong said. "We can't give students what we don't have because a company is on back order."

The delay has meant a slow start to the school year for students such as Shamar Jackson, 15, a tenth grader at Hempstead High School.

Jackson, who spoke at the event Monday, said no one in his family owns a computer. He said he has visited the district four times in an effort to obtain one, so far unsuccessfully.

Instead, Jackson said he spends his days doing "nothing," or playing video games with a friend.

"I need my laptop," he said. "Without it I feel like they're hindering my education."

Armstrong said the district is providing assignments on paper to students studying remotely as they await devices. She also said the state has withheld $700,000 in funding from the district because of budget issues, further complicating the task of acquiring thousands of devices.

Epstein also said the district has asked the Town of Hempstead to help pay for 1,500 laptops, a request that is pending. The town received $133 million in federal coronavirus relief money earlier this year.