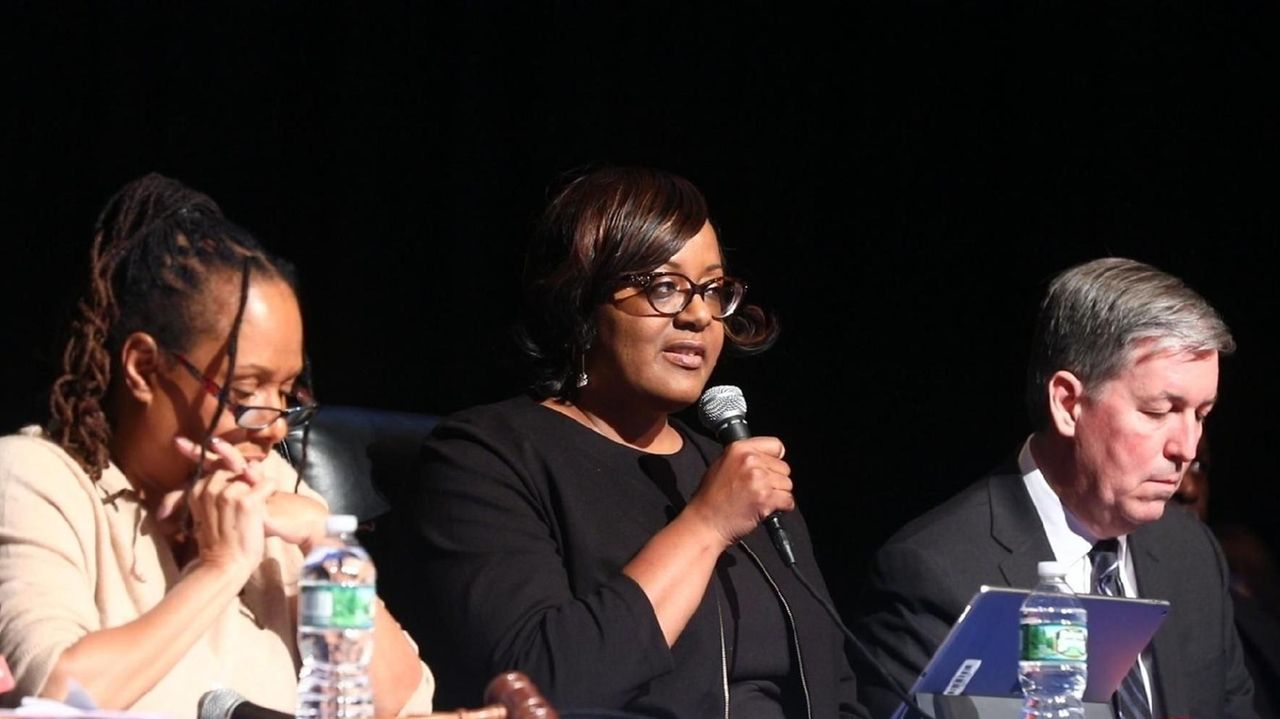 After a week of tumult in the 8,000-student Hempstead schools system, the school board voted Thursday, Jan. 11, 2018, to place Superintendent Shimon Waronker on administrative leave and bar him from district property.  Credit: Newsday / Chris Ware

After an extraordinary personal visit Thursday from New York’s top two education leaders, Hempstead school board trustees generally agreed on the urgency of implementing a state-appointed adviser’s sweeping recommendations to turn around the system.

But the panel — deeply divided for months — ended up adjourning their meeting at 11 p.m. after passing three minor resolutions, but nothing dealing with the state’s demands for major reform. The five trustees had spent several hours in executive session, a frequent occurrence.

“We’re working on it,” said LaMont Johnson, a member of the board’s majority and a former president. He said a list of state-endorsed improvements would be taken up at the board’s next meeting.

“We need to get it together,” she said, while agreeing that discussions would continue next week.

The special adviser to the district, Jack Bierwirth, declined to comment.

Earlier, Gwendolyn Jackson, the board’s vice president, had told residents gathered in Hempstead High School’s auditorium that trustees had been “instructed very strongly” to follow the detailed plan laid out by Bierwirth in a report released this week.

That instruction had come shortly before the board meeting, in private meetings with Education Commissioner MaryEllen Elia and Regents Chancellor Betty Rosa at the district’s administration building.

One by one, the board members — David Gates, Johnson, Randy Stith, Jackson and Touré — were summoned in for a talk. 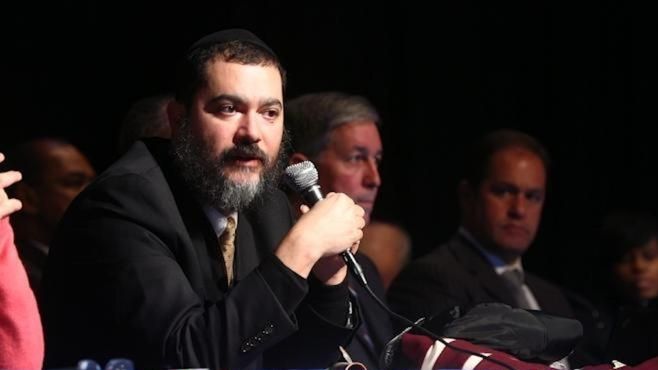 Contentious meeting for the Hempstead school board Hempstead school board trustees and residents inundated Superintendent Shimon Waronker on Tuesday, Jan. 9, 2018, with questions regarding burst water pipes, inadequate heating and other problems that led to a series of school closures over the past several days during a frigid spell. Credit: Newsday / Christopher Ware

Afterward, and before departing Hempstead, both Elia and Rosa stressed the imperative for change.

The commissioner said her goal in meeting with trustees was to remind them of the crying need for improvements and the seriousness of Bierwirth’s findings, which she has endorsed and directed the board to comply with.

“We are aware of the changes that need to occur, and we want to make sure the trustees are equally aware,” Elia said in a brief meeting with reporters after the last of the talks with the board members.

Rosa, standing beside the commissioner, added that in the years she has observed the district and its problems, she has become aware of the need for change.

“It has not been there,” Rosa said.

The dramatic visit by the education leaders was the most attention focused on a Long Island district since the state’s 2002 takeover of the Roosevelt system — the first and only time the state has taken such an extreme step and one that officials have vowed not to repeat. That takeover lasted 11 years and cost more than $300 million in extra state spending.

The sessions with the trustees came in a week of tumult in the 8,000-student system, with the school board voting 3-2 to place Superintendent Shimon Waronker on administrative leave and bar him from district property. Those moves brought warnings of legal action from the shelved school chief’s attorney.

Gates, Johnson and Stith generally vote together, while Touré and Jackson are in the minority.

Gates, the first trustee to emerge from one of the individual talks, said the commissioner was firm in telling him that she expects the board to submit state-required reports on plans to improve academic performance, upgrade school buildings and other issues.

Elia’s message, he said, was: “We are expecting to see progress.”

Johnson agreed after his session.

“She’s not playing around,” he said. “She wants action. And that’s what we’re going to do.”

Stith, the third member of the board’s current voting majority, added that he and his colleagues consider the commissioner’s visit to be beneficial because, in his view, the district needs more funds from Albany.

“We need the state. Our classrooms are overcrowded. Children are eating their lunches on the floor,” he said. “We need resources.”

The board is under a directive from Elia to submit a “response plan” to her by Feb. 2, spelling out how it will carry out Bierwirth’s wide-ranging recommendations regarding the district’s governance, finances, academics and facilities.

Bierwirth, a former Herricks superintendent, was appointed by the commissioner in September to serve as the state’s point man in the troubled district — a position known as “distinguished educator.” He was given a broad mandate to examine all district operations.

His report, released Monday with Elia’s directive, called for preliminary action to deal with political infighting on the board, deteriorated schools, overcrowded classrooms, gang fights, high failure rates on state exams and the lowest high-school graduation rate on Long Island.

At Thursday night’s board meeting, Bierwirth said his recommendations are familiar to the board because they came from the school staff and the community.

“The key point is doing them,” he said.

One of the first actions at Thursday night’s board meeting was the swearing-in of Regina Armstrong, an associate superintendent who is a 28-year educator in the district, as acting superintendent.

Armstrong said she will meet with the community to talk about Bierwirth’s plan and the steps needed to implement it in a timely manner.

“So, I say to the community, please let’s just think about our students for once. Concentrate on their needs and stay focused on the targets,” Armstrong said. “They deserve it from us and they need it, most importantly.”