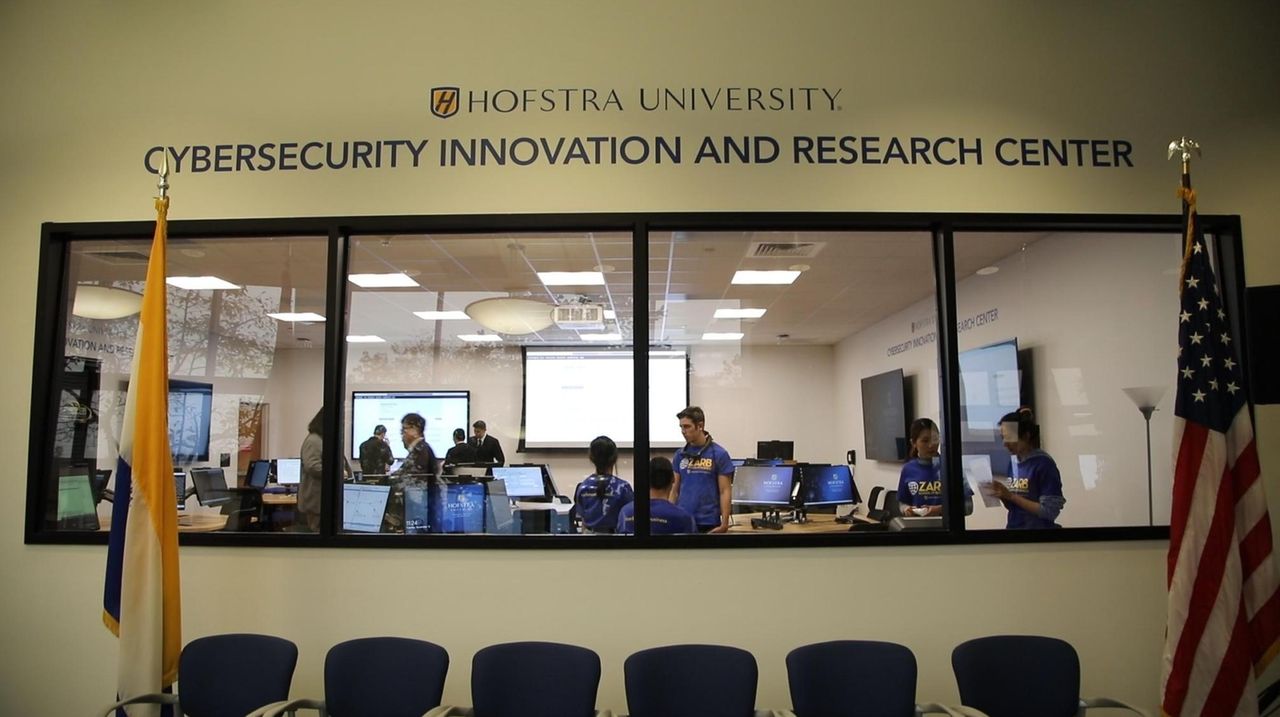 Hofstra University on Tuesday unveiled a $1.3 million cybersecurity training and research center that it hopes to share with schools, governments and businesses to help them protect their computer systems.

The center, which will offer a new Master of Science degree in the field, also is aimed at helping to fill a large expected shortfall in workers to take on cybersecurity jobs.

“There is no doubt that cybercrime is an existential threat with staggering global economic and security implications,“ Hofstra President Stuart Rabinowitz said at a ribbon-cutting ceremony.

“We have created a center that will train a new generation of cybersecurity experts who can stay ahead of our increasingly sophisticated hackers and safeguard the information and technology that power our economy,” he said.

The mission of the Cybersecurity Innovation and Research Center is “even about helping to safeguard the legitimacy of our democratic elections,” Rabinowitz said in an apparent nod to Russian meddling in the 2016 U.S. presidential election.

The global cost of cybercrime is expected to climb to about $6 trillion by 2021, while the number of unfilled jobs in the field is expected to rise to about 3.5 million, according to Cybersecurity Ventures of Northport, publisher of Cybercrime Magazine.

The center is a 1,000-square-foot facility with equipment that can “create hyper-realistic cyberattack scenarios,” the university said in a statement. It has 36 computers and was funded in part by a $200,000 grant from Empire State Development.

The center, the university said, is “one of the only academic ‘war room’ facilities in the New York metro area with a cyber range — an immersive, virtual experience that replicates the high-pressure environment of an attack and allows students to work through it in real time.”

During the event, professors and students demonstrated how easily a person's computer can be hacked. Within minutes they infiltrated a laptop computer, and commandeered its camera — showing the audience in the room live on screens set up around the room.

Donald Schaeffer, chairman of the university’s board of trustees, said he expected local institutions, both public and private, and including schools and governments, to take advantage of the center.

One graduate student, Logan Kerr, 21, of Merrick, said he thought the center was a “great idea.”

Janet Lenaghan, dean of the Zarb School of Business, which is helping to oversee the project, said the center and the new degree program would take an interdisciplinary approach.

“Cybersecurity doesn’t exist in a silo — it requires an understanding of technology, law and public policy, as well as C-suite level strategic thinking and leadership skills,” she said.

Gov. Andrew M. Cuomo, whose administration approved the $200,000 state grant, said the center would help to analyze threats and strengthen network security across the Empire State.

"Our economy is more reliant on technology than ever before, and we must ensure New York has the resources to defend against cyberattacks," Cuomo said.