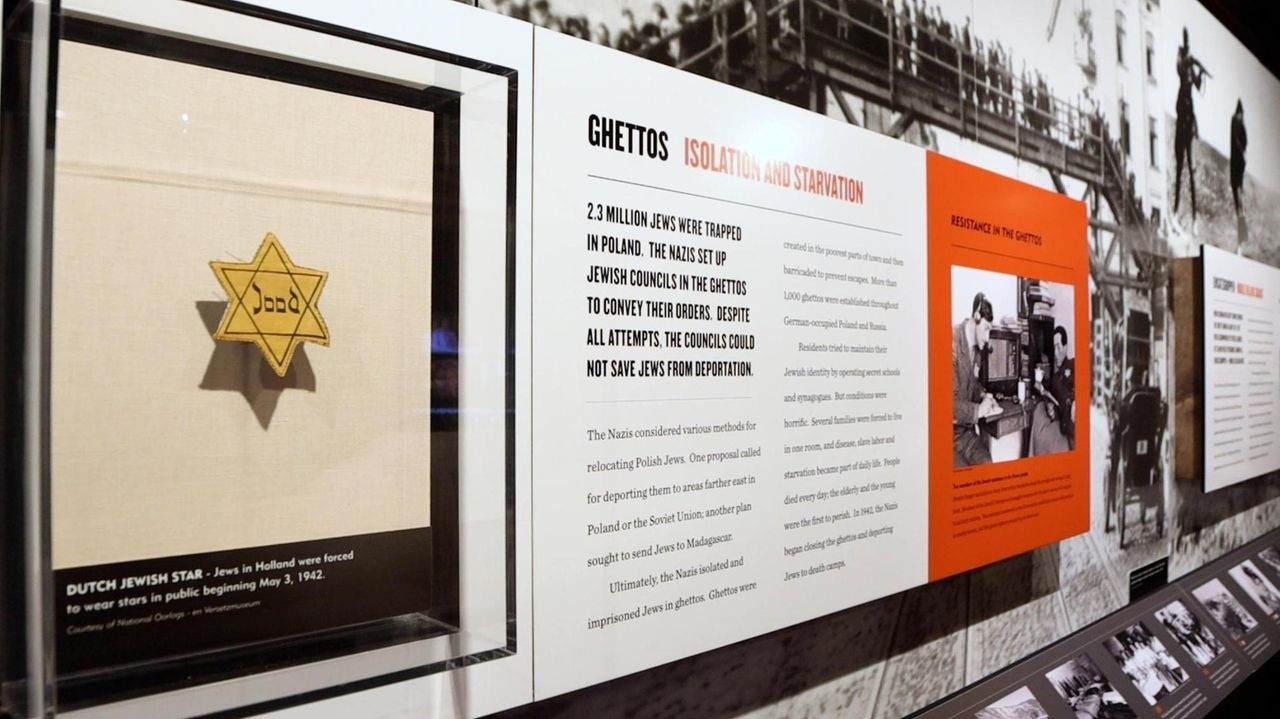 Werner Reich knows the Holocaust was real and its horrors far from exaggerated.

The 93-year-old Smithtown resident, who spent six weeks in prison before being transferred to the Auschwitz and Mauthausen-Gusen concentration camps, carries the disfigurement, scars and memories of beatings and starvation as a permanent reminder of humanity's worst atrocities.

On July 6, 1944, Reich and 1,000 other teenagers were forced to strip naked and run past Dr. Josef Mengele, the infamous chief doctor of the Auschwitz death camps in Nazi Germany-occupied Poland, to decide which were strong enough to be kept alive as slave laborers.

"We were running for our lives, trying to look taller and stronger," Werner told Newsday on Thursday. "We had to run three times past him. Out of 1,000 of us about 89 of us were separated."

The rest, he said, were among 5,000 concentration camp inmates sent to the gas chamber. When Reich was eventually liberated by U.S. forces from Austria's Mauthausen camp in 1945, the 17-year-old weighed just 64 pounds.

On Thursday, Long Island lawmakers announced legislation requiring the state Department of Education to study if individual school districts are meeting state requirements to provide instruction on the Holocaust.

"In a time when … anti-Semitism and anti-Semitic violence is on the rise here at home and abroad it has never been more important to teach the lessons of the Holocaust to the next generation," said state Sen. Anna Kaplan (D-North Hills), the bill's chief sponsor, during a news conference at the Holocaust Memorial & Tolerance Center in Glen Cove.

A recent nationwide study by the Conference on Jewish Material Claims Against Germany found that among New Yorkers ages 18 to 39, nearly 60% couldn't name a concentration camp; 19% believe Jews caused the Holocaust and 28% thought the Holocaust is a myth or had been exaggerated. In nearly all metrics, New Yorkers produced the worst score in the country, the survey found.

"It is absolutely appalling that this is how New York State is educating its citizens," said American Jewish Committee Long Island president Arnie Herz. "Not only are we going to fail the next generation but we've already failed this generation."

A recent AJC report found that 90% of the public considers it "important" or "somewhat important" to teach students about the Holocaust.

The state mandates Holocaust education in its schools but does not have reporting mechanisms in place to determine if classrooms are carrying out this instruction.

The state Education Department did not respond to a request for comment.

"This educational requirement is crucial," said Assemb. Nily Rozic (D-Fresh Meadows), lead sponsor in the Assembly. "It is imperative that schools teach the lessons of the Holocaust to ensure that students remember the consequences of hate and inaction."

The legislation comes as New York leads the nation in acts of hatred against Jews, according to the Anti-Defamation League. On Thursday, just hours after the news conference, a juvenile was arrested in connection with the spray painting of two swastikas on an elementary school in Port Washington.

"To lead the country in anti-Semitic incidents is disgraceful and we know we can do better," said state Sen. Todd Kaminsky (D-Long Beach).

Reich worries that acts of bigotry against Jews, if left unaddressed, could metastasize and spiral into something far more dangerous.

"Tolerance of bad behavior; tolerance of criminal activity and anti-social activities can lead to extremes even if you don't realize it," he said. "Today it's a minor but given a chance to develop it will grow into something that is impossible to control."