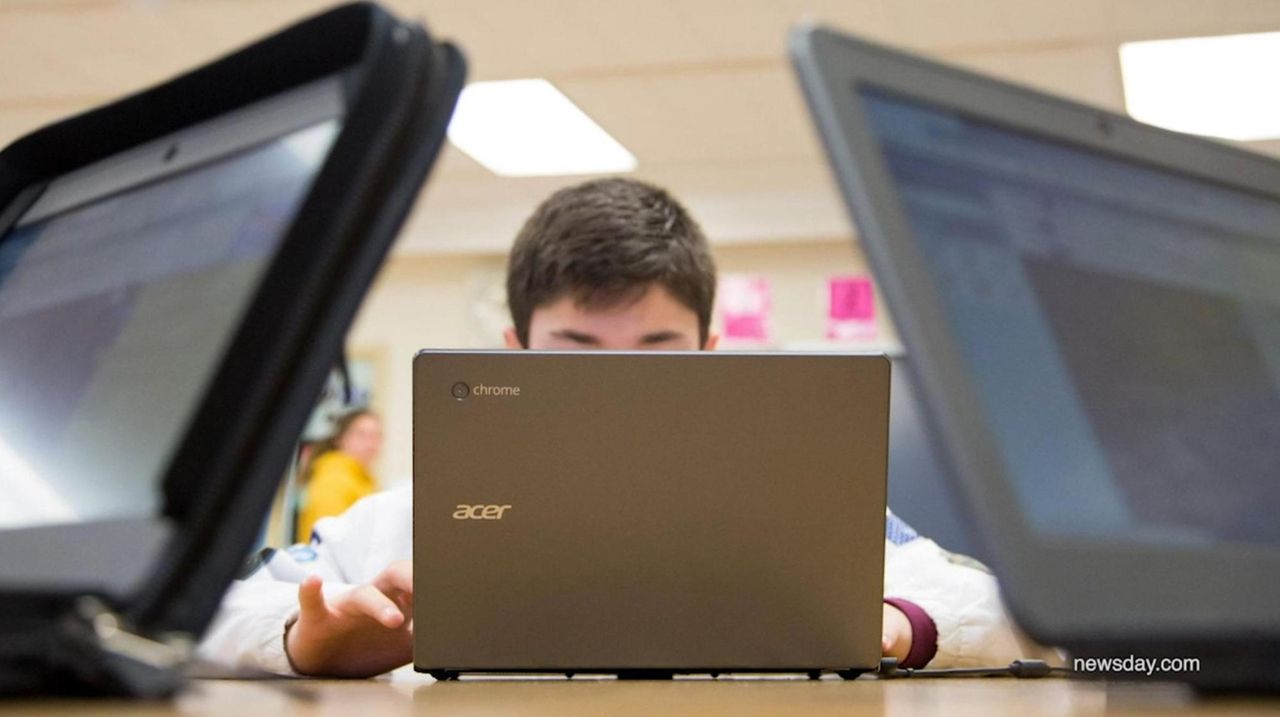 Despite a spike in COVID-19 cases nationally and safety concerns among parents and teachers, Long Island schools appear to be on track to reopen in the fall — as long as the infection rate remains low, top infectious disease doctors said.

Dr. Bruce Farber, chief of infectious disease at North Shore University Hospital and Long Island Jewish Medical Center, said he believes the benefits of opening schools with masks and other safety precautions outweigh the risks, despite the probability of some infections.

“It’s whack-a-mole and there are going to be outbreaks in schools in New York and every state,” Farber said. “We have to be very careful realizing that’s what’s going to happen, but quite frankly I don’t see what the alternative is. This is the new norm and the alternative of never opening the schools is not an option."

Farber added that “the most important thing by far … that will influence whether it is safe to open the schools is the rate of COVID in the community. Right now, New York is in pretty good shape.”

Gov. Andrew M. Cuomo has said he would approve school reopenings if the community infection rate is under 5%; the statewide rate is about 1% now. The governor has said he will make an announcement about reopenings  by Friday.

The Centers for Disease Control and Prevention and pediatric medical associations are urging schools to reopen, if possible, given the benefits for children’s education, socialization, mental health, and access to food programs and services. Many parents also have expressed frustrations overseeing the education of children at home, especially while working.

Infection rates among children have been low: In Suffolk County, the health department said that since the beginning of the crisis in March, about 3.2% of new cases have been individuals age 17 or under and 1.3% of new cases children 10 and younger. But Cuomo closed in-person instruction in March, as families sheltered in place and districts taught remotely.

More evidence is emerging, however, that children are potentially at risk and a risk to others from the Sars-CoV-2 virus that causes COVID-19. Studies indicate that older children can be as infectious as adults, and that all infected children carry viral loads that could be potentially infectious.

A study released Friday by the CDC reported an outbreak from a Georgia overnight camp that attempted to follow CDC guidelines but did not require campers to be masked. Test results were available from only 58% of the nearly 600 attendees, but of those, 76% were COVID-19 positive "with asymptomatic infection common," the study found. It noted the result "adds to the body of evidence demonstrating that children of all ages are susceptible to SARS-CoV-2 infection and, contrary to early reports, might play an important role in transmission."

'Of course you're concerned'

Some are pushing back against reopening plans. One of the nation's largest teachers unions, the American Federation of Teachers, has authorized strikes if teachers feel safety precautions are inadequate. Teachers in Florida sued the governor to delay reopenings, and national polls show many parents are wary of sending children into classrooms.

The New York State United Teachers, the AFT-affiliated union that represents dozens of public school districts on Long Island, said any reopening plan must include protective equipment for staff and students, safety protocols and accommodations for those at high risk from COVID-19.

“We must get this right. We will not jeopardize the health and safety of students, educators and families by agreeing it’s safe to go back without these requirements in place,” union president Andy Pallotta said in a statement.

Regina McLean, president of the Port Washington Teachers Association and a middle school enrichment teacher, said people have started to contact her with concerns about returning to the classroom.

“Of course you’re concerned,” she said. “I believe people will go back in, but they’ll be nervous. Think about it, we can’t go back to a movie theater for an hour and a half, but they are sending us into a classroom for seven hours a day."

School districts had until Friday to submit their reopening plans to the state.

The studies on viral transmission by children were conducted as school closures were already underway, and might not fully reflect what could happen once schools reopen, researchers said.

Internationally, a new South Korean study found that children 10 and older were as likely as adults to transmit the virus and, when ill, infected a higher percentage of household members than other age groups. The study was conducted from January through March, when schools there were already closed to dampen viral spread, and traced nearly 60,000 contacts of 5,700 people who tested positive for COVID-19.

The study “helps us decide what are the things we must do in the fall,” said Dr. Sharon Nachman, professor of pediatrics at Stony Brook Children’s Hospital and associate dean for research at the Renaissance School of Medicine.

Nachman said older teens would be both more infectious than younger children and more able to understand the need to wear a mask. “The Korean study is very helpful, it is great news. We have a way of preventing COVID in high school — get them to wear a mask,” she said.

While studies have shown significant viral load even in young children who may not be symptomatic, more studies are needed to determine if, when and for how long they are actually infectious, Nachman said.

Younger children are significantly less likely to show symptoms of COVID-19 even when infected, or experience severe COVID-19 disease, according to CDC and state data, as well as studies in the United States and abroad. However, 240 children in New York State —  an increase of about 15 in the past month — have been hospitalized for a serious multisystemic inflammatory disease associated with the virus, including four deaths.

'We can't afford to give up'

Nachman said she's cautiously optimistic masks would prevent viral transmission even if a student was asymptomatically positive, and predicted teachers and classmates would not become infected if masks and hand-washing were employed systematically.

“I can’t talk about what [schoolchildren] are doing outside the schools, but we try to control what we can,” she said. “The problem is if we allow ourselves to say, ‘Oh forget it,’ we’ve lost the war. We have to see how far can we push them so they wear masks all the time with their friends. We can’t afford to give up.”

In lower grades, where mask-wearing is less plausible, but where small children may be less likely to transmit the virus, small class units that don’t mingle could help reduce outbreaks, Nachman said.

Extensive testing is unlikely in the Island’s 124 districts, given the continuing test shortages and delays in results, Nachman said.

Farber conceded that problems have arisen in schools even in countries such as Germany and Australia, where COVID-19 control has been generally effective, while some countries, including Israel, have had to reclose schools after outbreaks.

“Every protocol will have problems,” he said. “There will be outbreaks and closures, and I don’t think we can open at all when the incidence of the disease is high.”

The country has so far failed “miserably” in getting control of the disease in the way that New York State has, he said.

“Would I want to teach in a school in Houston, Texas, right now? No,” Farber said.

COVID cases continue to decline on LI — but what about risk?
Hochul seeking to speed casino licensing with eye on downstate
Nonprofit serves up liberal arts courses for inmates serving time in Suffolk jail facilities
1:26
The school year began with rising hopes of a new normal. Then omicron hit.
Nassau assessments frozen for second year in a row
1:53
Wounded cop 'fighting for his life' after fellow NYPD officer shot dead
Didn’t find what you were looking for?