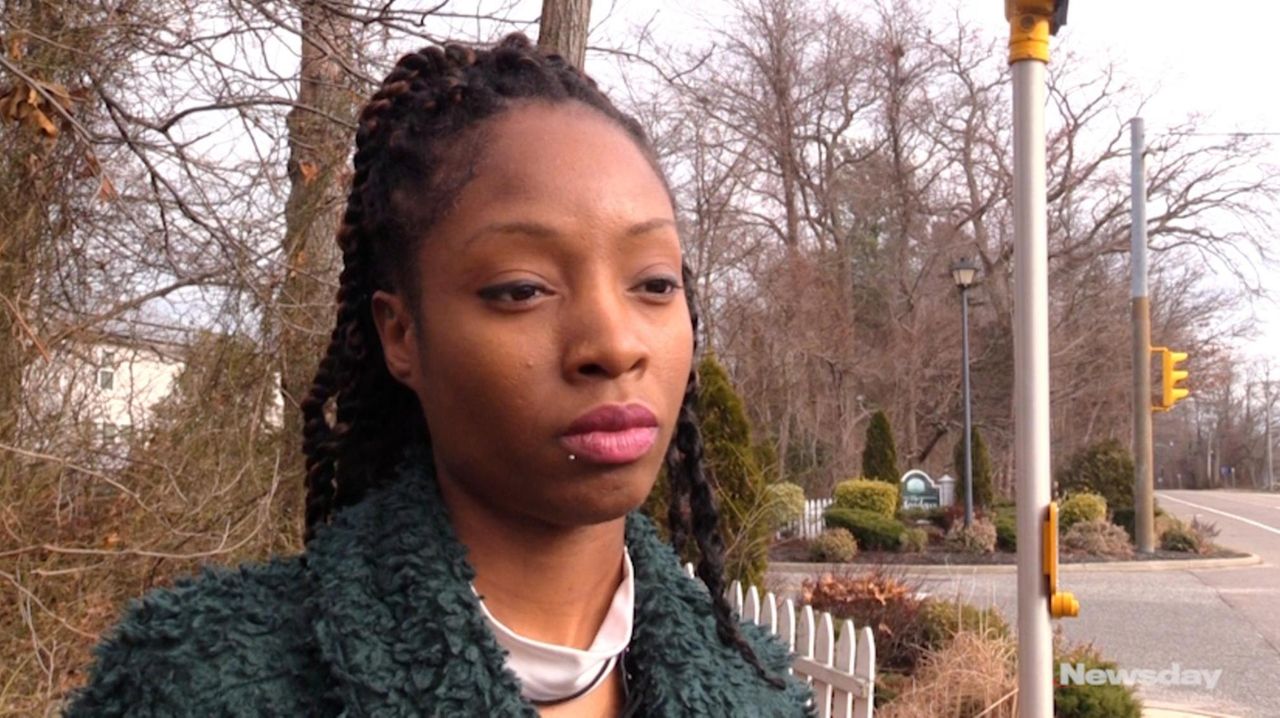 The pictures, taken during a trip last month to the Bronx Zoo, were shown to students from a zoology class in a PowerPoint presentation before December break. In the second picture, the students stand one behind each other with their hands on each other's shoulders or heads.

"I found it to be racist and insensitive and I would be very uncomfortable going back to class after that happened," said Johanne Beaubrun, 44, a nursing assistant from Middle Island whose 18-year-old son was in the picture and used his cellphone to record parts of the PowerPoint presentation. Beaubrun also has a ninth-grade son in the school.

Alan Singer, a historian and professor of education at Hofstra University, said the racist trope of comparing African Americans to apes — therefore making them less human than whites — dates back generations and was used to justify slavery and Jim Crow segregation.

"Comments like this should never be made, particularly by a science teacher, even in jest," Singer said. "The wounds are just too deep."

The mothers of the students shown in the photograph have asked Newsday not to identify their sons.

In a statement, the Longwood Central School District conceded the photo and caption were "culturally insensitive." The district added that the teacher — whom they did not identify — did not intend to mock the black students and that the district is providing sensitivity training for students and staff.

"For the past several years, the high school teacher has taken a similar photo for use in a classroom PowerPoint presentation," the statement read. "This particular photo was an unfortunate lapse of judgment. Without the intent of doing so, the photo was taken without fully understanding the sensitivity or the hurt it may have caused and reminds us that we must be more aware of the feelings of our multicultural population."

Since returning from winter break last week, School District Superintendent Michael Lonergan and members of the high school's administration have met with the teacher and spoken with the families of the students included in the photograph.

"We are proud of the diversity at Longwood Schools, and we will continue to provide sensitivity training to our students and staff to raise awareness of our cultural differences," the statement said. "Longwood is committed to providing an educational environment that is nurturing, supportive, safe, and conducive to learning."

But some district parents contend sensitivity training is not enough of a punishment.

Latisha Moye of Coram, whose 16-year-old son is among the young men in the photograph, said the veteran science teacher who created the slideshow should be forced to make a public apology and face several days of suspension without pay.

"He needs to have some kind of consequences for what he did," said Moye, 34, who owns a beauty salon and has a 7-year-old daughter in the district. "When kids make mistakes, they need to deal with the consequences."

Moye said her son, a junior at the high school, felt "uncomfortable" with how the image was displayed.

"It's very upsetting because it's comparing our kids to monkeys or gorillas which has a history concerning black people," she said. "It was very disturbing."

The four boys pictured in the photo have refused to return to science class since the incident, according to the parents.

The district insists that the students must return to class or receive a grade of "incomplete," the parents said.

A district spokeswoman declined to comment on the status of the students.