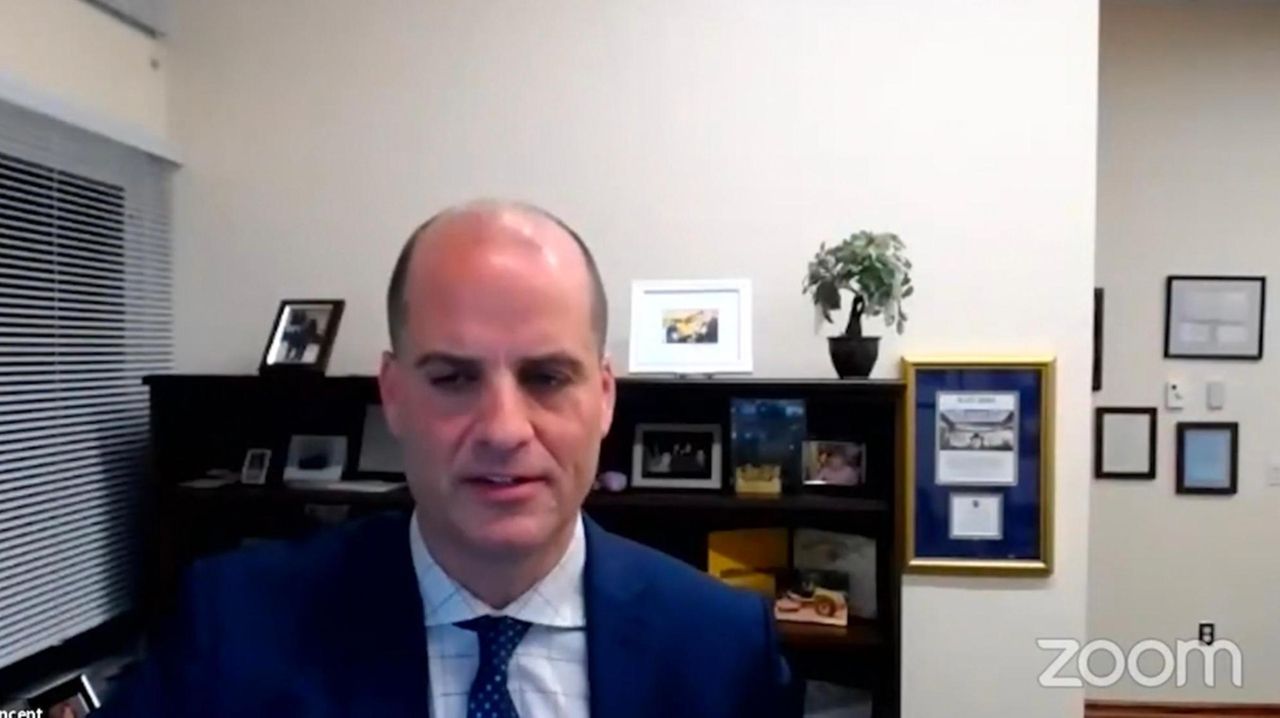 An independent investigation has concluded that Manhasset’s schools superintendent violated the district’s sexual harassment policy, following a now-former subordinate’s complaint of unsolicited hugs, too-frequent visits to her classroom and other unwanted attention.

Addressing an unrelated budget meeting Thursday night, streamed via Zoom and YouTube before more than 550 viewers, Superintendent Vincent Butera said he had "reflected deeply" about "my actions and behavior" and felt "profound regret and sadness."

"Despite my intent, the independent counsel did find that my attention was perceived by the complainant as unwelcome and therefore a violation of district policy," Butera said, in remarks lasting 3 minutes and 57 seconds that came after he presented a slideshow about the upcoming school year’s proposed $102.3 million budget.

Following those remarks, the school board president, Pat Aitken, said the investigation began after the complaint in September, and that "appropriate steps were taken consistent with the recommendations of the independent counsel." She did not say what those recommendations were, or whether Butera had been disciplined.

Aitken said the investigation and its conclusions had been kept confidential until becoming public in a leak to The Manhasset Press this week.

Newsday has formally requested the investigator's report, which was not made public at the meeting. Reached by phone on Wednesday, trustee and school board member Carlo Prinzo referred a reporter’s inquiry to district lawyer Florence T. Frazer of Garden City, who declined to discuss the matter and refused to say which statute, if any, authorized the district to keep the findings confidential. Butera didn't return a message seeking comment.

In describing what led to the investigation, Butera at the meeting recounted five examples in his telling:

The accuser’s name has not been disclosed. Butera said the matter initially became public when her spouse posted about it on Twitter last year. He delivered his remarks from an office, but returned to the board’s meeting room to listen to the public comments, his hands folded in front of him.

Lauren Kearon, a Manhasset schoolteacher, said the revelations were difficult for her fellow teachers, and a bad example for students.

Stacey Kelly, another speaker, said: "Not firing Dr. Butera for this egregious offense of violating our school’s sexual harassment policy sends the absolute opposite message that we want to send to our youth. It tells the boys that there's no accountability, and it tells the girls that even if they make an allegation that is essentially proven, nothing will happen."

Kaitlyn Clarke, a student, told the board that her peers are disturbed by the allegations, and, "We would really like to move forward with his termination."

Aitken said the district had adjusted its sexual harassment policy, but did not say specifically how the policy had meaningfully changed or how the Butera investigation influenced those changes.