The headmaster of a Catholic grammar school in Uniondale who allegedly forced an 11-year-old Black student to kneel while he apologized to a teacher has resigned, school officials said.

John Holian, who is white and the longtime head of St. Martin de Porres Marianist School, has decided to step down amid an outcry over the incident, the Marianist Brothers said.

"St. Martin de Porres Marianist School has accepted the resignation of our former headmaster," the school said in a letter to parents.

"The leadership of St. Martin de Porres Marianist School continues to review the incident in question to ensure that it is never repeated again in any form. It is important to assure students, parents, and faculty that this incident does not reflect our long, established value of respect for the individual or the established protocols regarding student-related issues."

Holian will be replaced immediately by Shawn Lisa Torres, a licensed clinical social worker and a certified school administrator whose own children attend the school. 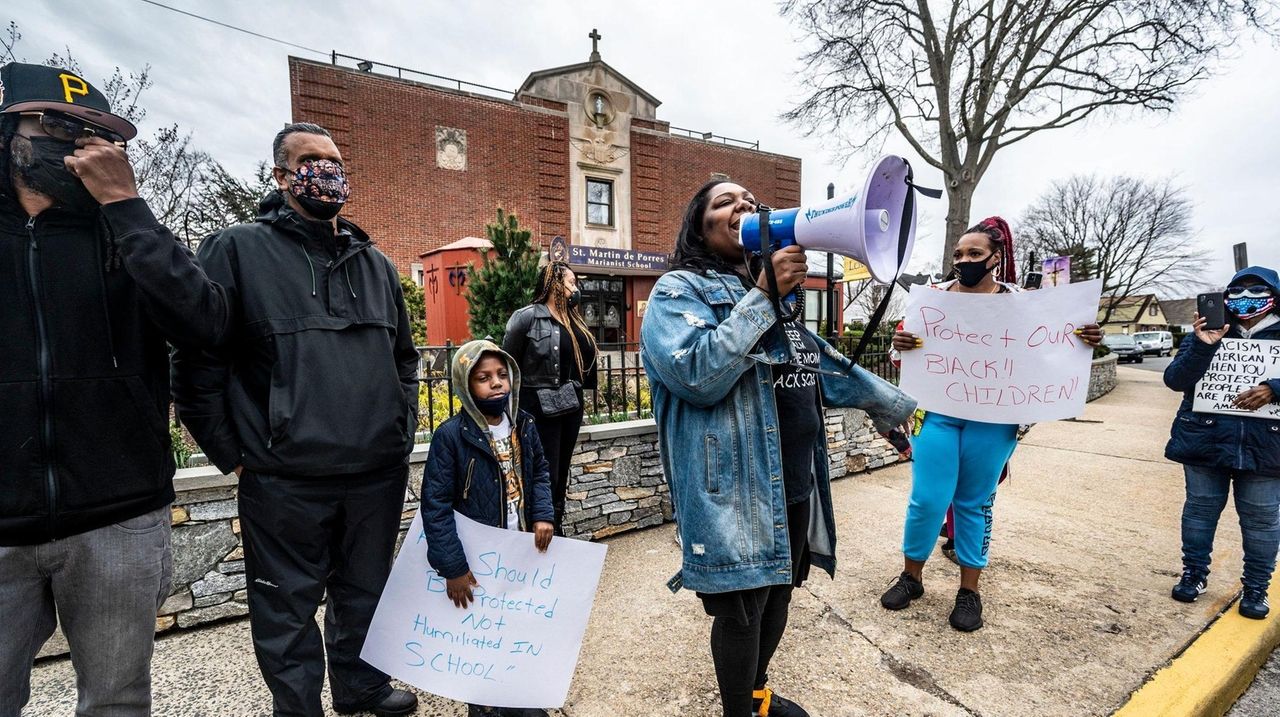 The sixth-grade boy was taken to Holian’s office after an incident in late February in which an English teacher tore up a worksheet he was working on, said Trisha Paul, the boy’s mother.

"I felt as though he instructed him to kneel because he was Black," Paul had said, describing her son as Haitian American.

On Wednesday, Paul said she was not satisfied with Holian's resignation: "I am surprised that he had the opportunity to resign and not be fired considering what he’s done." She added that she hopes the teacher involved "is also held accountable for her part in the situation as well."

The class that day was supposed to be reading a text together, but her son, Trayson, instead, started working on the paper since he had already done the reading, she said.

She initially did not believe her son was forced to kneel, but Holian confirmed it, she said.

Holian told her in a meeting this month that a Nigerian father had once brought his son to the school and instructed him to kneel while apologizing, since that is commonly how people in parts of Africa express their sincerity, Paul said. Holian told her he did not feel the apology would be sincere enough unless her son knelt, she said.

"I was confused because I saw no relevance. My son is not Nigerian," she had said.

Paul said Wednesday that the school is "moving in the right direction" by naming a new head but she added: "My son is still processing the situation and still dealing with the emotions, and it’s sad and it still hurts."

On Wednesday, a crowd of about two dozen people, including activists and parents whose children attend the school, gathered in front of it in protest of Holian.

Local residents Corey Pegues and his wife, Brendale Pegues, both 50, who are Black and said their daughter attends the school, expressed outrage. "From the moment we found out about the incident, we were left with a bad taste in our mouths and immediately came down to the school to complain," said Corey Pegues.

They said they previously removed one of their children from the school because of Holian's actions.

Others came to Holian’s defense, some of them praying while holding rosaries.

Eastport resident Maria Giaccio-Williams, whose 29-year-old son is a former student, was moved to tears. She clutched a small statue of the Virgin Mary and said: "I know him well and he’s not a racist, he’s a good man."

The Marianist Brothers took over the predominantly Black and Hispanic school in 2004 from the Diocese of Rockville Centre when it was on the verge of closing. Enrollment since then has soared.

Headmaster suspended after allegedly ordering student to kneel during apologyJohn Holian, the longtime head of St. Martin de Porres Marianist School, went on a leave of absence while the school investigates the matter, according to a letter sent to parents and provided to Newsday by the school.