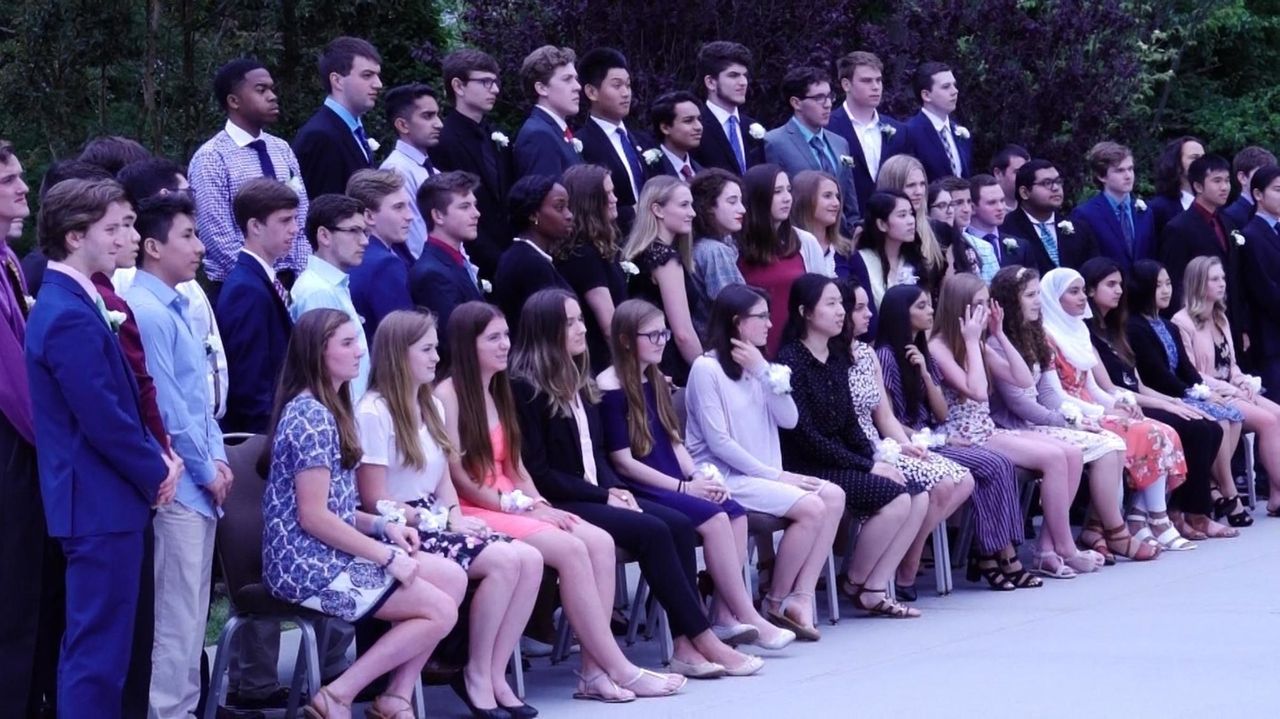 New York State Commissioner of Education MaryEllen Elia spoke to 400 Suffolk high-school valedictorians on Thursday, reminding them to thank those along the way who helped them achieve success. Credit: Newsday / John Paraskevas

New York State’s top education official urged Suffolk County’s top high school students on Thursday to find ways during their adult lives to support a public education system that is “not where it needs to be.”

State Education Commissioner MaryEllen Elia, in a keynote luncheon speech before more than 400 students, parents and school administrators in Hauppauge, said successful high school graduates needed to find some way to pay back a system that had nurtured them.

Such support, Elia told the teenagers, could come in the form of working as teachers themselves, or as school volunteers, or simply as active participants in school elections — a number that is now down to fewer than 10 percent of eligible voters in Nassau and Suffolk counties.

“Public education is something that needs to be supported — it really needs to have people who champion this,” said the commissioner, who once taught social studies. “All of you who are graduating are going to have a lot of opportunity in your future to either do that or not. And I would suggest that you think back on what public education has provided you, so you in turn do the things that support it.”

Elia spoke at the 24th Annual Valedictorians Luncheon at the Hyatt Regency Long Island hotel complex in Hauppauge. The event is sponsored each year by the Suffolk County School Superintendents Association.

Elia spoke at a time of turmoil for the statewide educational system, as well as for many individual school districts in Nassau and Suffolk.

In Albany, state lawmakers are eyeing repeal of a major section of state law that requires as much as 50 percent of teachers’ and principals’ annual job evaluations be based on results of standardized student test scores. Opposition to the law among parents and educators has resulted in a series of annual statewide test boycotts, with the Island as the epicenter.

One valedictorian, Molly McLaughlin, 18, who is enrolled at West Islip High School, told Newsday she agreed with the commissioner’s call to support public education.

“A lot of kids don’t value their educations as much as they should,” McLaughlin said.

“A lot of them are really in need,” said Sigua Pintado, who added that he noticed disparities himself when he moved from a middle school in one community to the high school in a more affluent neighboring area.