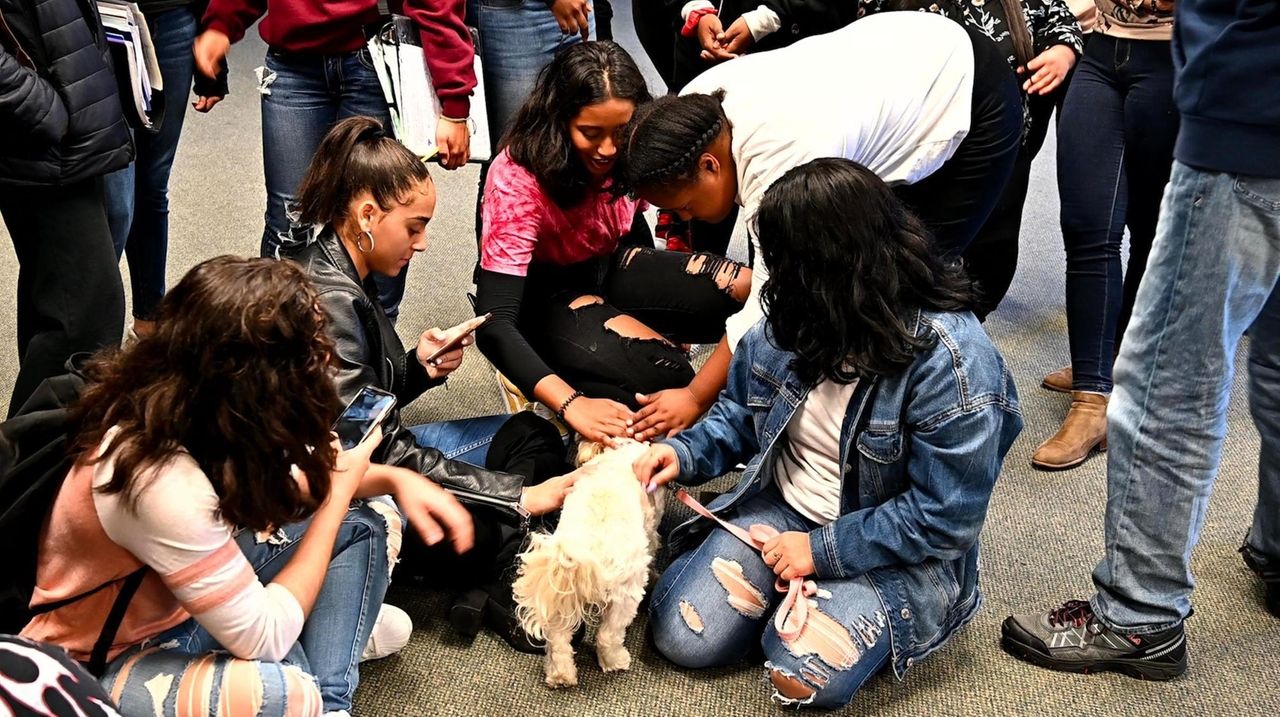 Long Island schools and educators are intensifying the focus on educating students about mental health, as well as offering programs and hiring and training staff to address mental wellness. The efforts — spurred in part by a state law that went into effect in July 2018 requiring schools to offer mental health instruction — comes during a time when young people face increased symptoms of anxiety and depression, health experts said.

“About one in five young people ages 13-18 will experience a severe mental health disorder at some point in their lives,” said Glenn Liebman, CEO of the Mental Health Association in New York State, the group that lobbied for the legislation and operates a resource center for educators. “We felt it was very important to go into schools and make sure that a component about mental health was taught in the schools.”

The legislation, signed by Gov. Andrew M. Cuomo in 2016, made New York the first state to require that mental health be taught at the elementary and secondary levels. The law did not mandate specific curriculum, but the state Education Department offered a framework on instruction that included topics such as self-care to promote mental health and wellness, and knowing what, when, where and how to ask for help.

Sponsored by then-Senate Education Committee Chairman Carl Marcellino (R-Oyster Bay), the legislation was introduced after advocates pushed for getting young people help sooner and reducing the stigma associated with mental health illnesses. The law requires that mental health education be included in the K-12 curriculum. There previously was no such requirement.

Districts did not receive funding from the state to add programs or hire staff, but the Mental Health Association's School Mental Health Resource & Training Center was given $1 million from the State Legislature last year to help educators prepare and plan for the initiative. This year, the executive budget allocated $500,000 for the nonprofit group. The state Education Department noted recently that "implementation has gone well."

"One of the positive aspects of the law has been that it has served as an impetus for schools to go beyond the legislation,” Liebman said.

Many districts had initiatives in place before the change in the law, and some — such as Rockville Centre and Freeport — have had to take steps to help students after tragedies in their community involving the deaths of young students.

Recent mass shootings have drawn greater attention to the issues of mental health, and while schools have stepped up security measures in recent years, they also are increasingly addressing the mental health needs of students. Across Long Island, districts are trying a variety of methods.

Merrick Superintendent Dominick Palma and Manhasset Superintendent Vincent Butera, co-chairs of the recently formed Nassau County Council of School Superintendents’ Committee on Mental Health and Substance Use, organized a team of educators, public mental health officials, mental health providers and advocates to develop a plan to address many aspects of the law, as well as substance abuse and social emotional learning.

"Mental health literacy has always been in the regulations, but aside from health class in middle school and high school, not a lot of discussion was given to it,” Palma said. Now, “People are waking up to the idea that we need to do things. These problems aren’t new, but there is an awareness that there is something we can do that has changed.”

Efe Omokeni, 17, a senior at Freeport High School who participated in the program with therapy dogs, said young people face a lot of pressure and agreed that schools should offer programs to help.

"I feel like adults don't really understand all the stress … because they would say we are too young and we don't know what stress is," she said. "But we have a lot of stress and pressure with college and trying to maintain our grades. A moment with the dogs is a moment for us to forget about what is going on."

The dogs were from Long Island Therapy Dogs based in Smithtown. They can help students relieve anxiety and stress, said Terry Gallogly, executive director of the nonprofit. She has seen an increasing demand for the dogs to visit schools at both the secondary and elementary levels.

"Usually, schools do multiple things for a stress buster, and they recognize now that even at the lower level kids are experiencing stress," she said. Students interact with the dogs in the classroom.

Rosa Medina, a senior at Freeport High, approached educators to invite the dogs to interact with students after the death of former student Khaseen Morris, the 16-year-old who was stabbed to death in September in an Oceanside strip mall parking lot. On a recent school day, the two fluffy dogs, Pumpkin, a Shichon, and Barbie, a floppy eared goldendoodle, wagged their tails and moved from lap to lap in a closed room where about 20 students eagerly petted them and offered treats. They met with different groups of students during the day who signed up for the program. District officials said it cost $180.

"I hope that it made their day," Medina, 17, said. "I hope it relieved some stress, and I think it did — just from the atmosphere in the room. Everybody's smiling and everybody's happy."

Rockville Centre school officials brought the therapy dogs into their high school last year after the suicides of two young people in the community. That initiative led to the high school getting its own therapy dog, a black lab named "Bob" who is owned by one of the district's administrators and will arrive after Thanksgiving.

School psychologist Josephine Bishop said Bob will be tasked with helping students who often are absent from school.

"We have several students who are school-reluctant and … they did not transition well from middle school or came across a stumbling block and are not interested," Bishop said. "Hopefully, we can entice a couple of these students to come in and sit with Bob and say that it is your job to take him for a walk."

The district applied to the Rockville Centre Education Foundation to fund a therapy dog program at the high school, and the nonprofit organization awarded them a $1,000 grant.

"There’s a lot going on for students. Last year, there were two student deaths by suicide, and with technology they are exposed to it at the speed of light — everything from tragic news to bullying," said Eric Mingorance, an executive board member with the foundation. "We hope to support initiatives that help them emotionally as well as scholastically."

Bishop said the district also hired a mental health counselor this year to work at the elementary level and that she recently wrote a grant proposal for a high school student relaxation room.

In Massapequa, the district has partnered with Yale University to train staff on social and emotional learning. Oceanside established a 100-member Youth Council at the high school that grew out of a new elective on demystifying mental health, and Long Beach partnered with South Oaks Hospital and launched a toll free helpline. North Bellmore reassessed its programs and wrote a curriculum to address gaps. The Middle Country district added a guidance counselor who rotates among the elementary schools.

In North Merrick, the district offers counseling to students and families before or after school. Educators there have created a Mental Health and Wellness Coalition comprised of professionals, district and school administrators, school staff and parents to form a mental health and wellness hub. The district has had a social worker and psychologist in each building, Superintendent Cynthia Seniuk said.

The coalition meets monthly and has produced a newsletter called "North Merrick Everyday Health" that reports on the social-emotional programs in each building, student feedback, program updates, and community outreach and involvement.

“What we are doing is … we are giving mental health its own platform,” Seniuk said. “And that is how important it is. They can’t be socially and emotionally and academically successful unless they have that foundation, and you have to make it an important piece of what goes on in school.”

Newsday asked Long Island school districts about programs and initiatives they have implemented to help students deal with mental health problems since the state mandate took effect in 2018. Here are some responses: