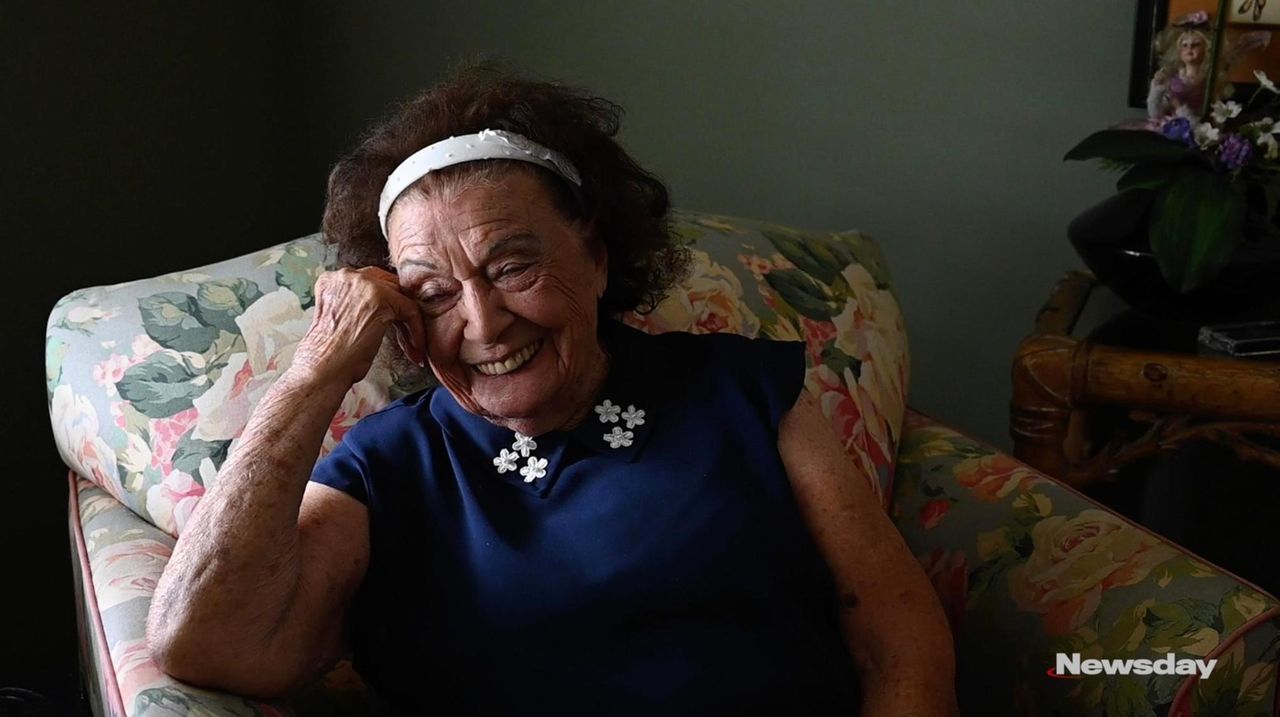 After working as a monitor in the Oceanside School District for 55 years, Yolanda Imbriano has retired. At the age of 100, her doctor was concerned about the risks Imbriano could face working with children during the COVID-19 pandemic. Credit: Newsday / Alejandra Villa Loarca

At age 99, Yolanda Imbriano of Oceanside would rise at 5 a.m. to work as a monitor on the school bus until 9:45, take a two-hour break and then get ready for the afternoon route.

She was planning to return to that routine this year just weeks after she turned 100 in August, but her doctor advised against it due to the COVID-19 pandemic. For the first time in more than five decades, Imbriano is not part of the back-to-school routine in Oceanside — and she misses it.

"They told me that it wouldn’t be wise to continue to work and then when I went to the doctor, he said, 'No way do you get on that bus. You are in good health. You are 100 years old,' " Imbriano said. "I was a little upset about it, but what are you going to do?"

Born in the Bronx, Imbriano moved to Oceanside with her husband, Anthony, in 1964, and the couple raised three children. About a year after she moved to Oceanside, she was getting a little bored at home, she said, and her friend suggested she apply for a job as a lunch monitor for Oceanside schools. She started working there in 1965 making $1.25 an hour, she said, in a career that spanned 55 years in the district.

"I enjoyed every bit — especially the little ones," said Imbriano, a grandmother of four and great-grandmother to six. "I would sing with them and tell them stories. It was such a pleasant trip. And I guess I did my job, and now time's up."

She credits her longevity to never smoking, olive oil and a glass of red wine at night.

"Yolanda is the most vibrant, energetic person and always happy to work. She lives life to the fullest, and that is truly living a good life. We will miss her and wish her many more happy years with her loved ones," said Rachael Blackman, transportation dispatcher for the Oceanside School District.

Her daughter, Susan Passarelli, of Oceanside, said Imbriano loved the job and would often buy holiday presents for the children on her routes.

"She has a purpose to go on. She was very regimented. She knew she had to get up," said Passarelli, adding that her mother took pride in her professionalism. "She matched her necklace to her bracelet and her pins to her jacket."

Passarelli also credits her mother's positive outlook to the support she had from her husband, who died at age 79 in 1999. Imbriano said she is trying to keep busy without her regular job. Her daughter said she's "a little nervous that she is not working. We had to make a choice. She's healthy, so I think working would have been the best thing for her."

Phyllis S. Harrington, superintendent of Oceanside schools, called Imbriano's time with the district "an incredible milestone. We wish Mrs. Imbriano the very best of good health and happiness in her retirement," she said.

Imbriano is still getting used to her new and quieter schedule. She is staying busy keeping in touch with family and friends.

"I can't explain it," Imbriano said. "It is such a funny feeling when you have done something for many years. I have to get adjusted now."

NYC primary errors revive concern over election system
Teens speak up about Riverhead's marijuana sales plans
Appellate judge stays release of Levy pact until at least Aug. 2
Jones Beach lifeguard reports being bitten by shark
Searchers: No weekend bull sightings, but he likely hasn't left the area
2:10
Mayor: All NYC employees, including NYPD, must be COVID vaccinated or test weekly
Didn’t find what you were looking for?