A Hofstra University graduate thanks her mom and dad on her graduation cap during the graduation ceremony at the David S. Mack Sports and Exhibition Center in Hempstead on Sunday, May 21, 2017. Credit: Howard Schnapp

New York residents entering the state’s public two- and four-year colleges are able to apply starting Wednesday for the new Excelsior Scholarship and, depending upon eligibility, could attend school tuition-free beginning as soon as the fall semester.

Billed as “a pathway to free college,” the scholarship program was a priority in Gov. Andrew M. Cuomo’s 2017 budget and begins with the first wave of full-time students from families with a household income not exceeding $100,000. The income cap rises to $125,000 by the 2019-20 academic year.

“New York is proud to lead the nation in college access and affordability, and with the launch of the Excelsior Scholarship application, we are opening the door to economic opportunity for tens of thousands of students across the state,” Gov. Andrew M. Cuomo said in a statement Tuesday.

What to know about NY’s free tuition plan

“Students are absolutely asking, as are our neighbors, about the Excelsior program,” said Kathy Coley, senior director of communications at Farmingdale State.

Of the 9,300 students enrolled at Farmingdale, less than 10 percent fall within the eligibility requirements. The entering freshman class for this fall will have about 350 students eligible for Excelsior, though about 100 of those already would attend a state college tuition-free through other tuition assistance programs, Coley said.

The application is available through the Higher Education Services Corp., or HESC, the state agency that coordinates student aid. More than 90,000 individuals have registered for email updates through the website at www.hesc.ny.gov since Excelsior was announced.

To be considered for the fall semester, students must fill out the application by July 21. Students are to be notified within 24 to 48 hours about their Excelsior awards. There will be another Excelsior application period for students entering college in the spring, state officials said.

Students also must fill out a Free Application for Federal Student Aid, commonly known as FAFSA. 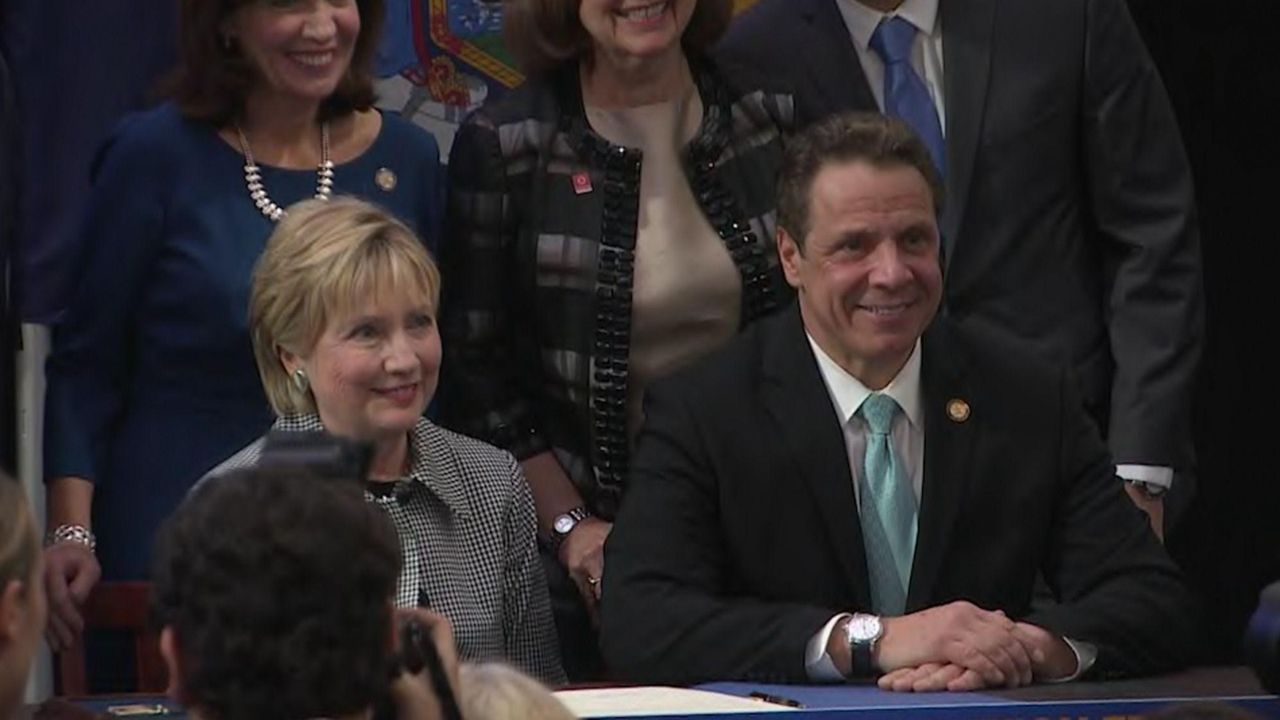 “It’s too soon to tell, but the early indication is that it will not impact enrollment this year — the reason being that it came out too late” said David Follick, dean of admissions at Nassau Community College, referring to the scholarship’s rollout relative to the 2017-18 application and admittance process. “Our freshman numbers are pacing as they have been. We are seeing an uptick in our transfer numbers. But we saw the uptick prior to Excelsior.”

NCC will enroll about 4,200 freshmen and more than 1,600 transfer students this fall.

At Stony Brook University, where 35,000 student applications were received for 3,100 spots in the incoming freshman class, officials said the Excelsior program had little effect on admissions.

The Excelsior Scholarship is designed as a “last-dollar” approach to paying tuition at the State University of New York’s 64 campuses and the 20 undergraduate colleges in the City University of New York system. Students must be residents of New York state for at least 12 consecutive months and first must exhaust all other forms of federal and state financial aid, such as the federal Pell Grant program and the state’s Tuition Assistance Program, or TAP.

SUNY’s tuition is $6,470 at its four-year colleges and $4,350 at its two-year community colleges. Those figures do not include additional fees, room and board, or the cost of books, supplies or transportation.

State officials in charge of the program predicted 22,000 to 25,000 students will benefit from it in the 2017-18 academic year, with enrollment expected to increase particularly at community colleges.

The program has been promoted at college affordability events, in the state’s high schools, in television advertisements, to various school boards and education groups and through direct mailings to high school seniors.

The state is spending $87 million on the Excelsior program this year, with the total cost at $163 million until 2019.