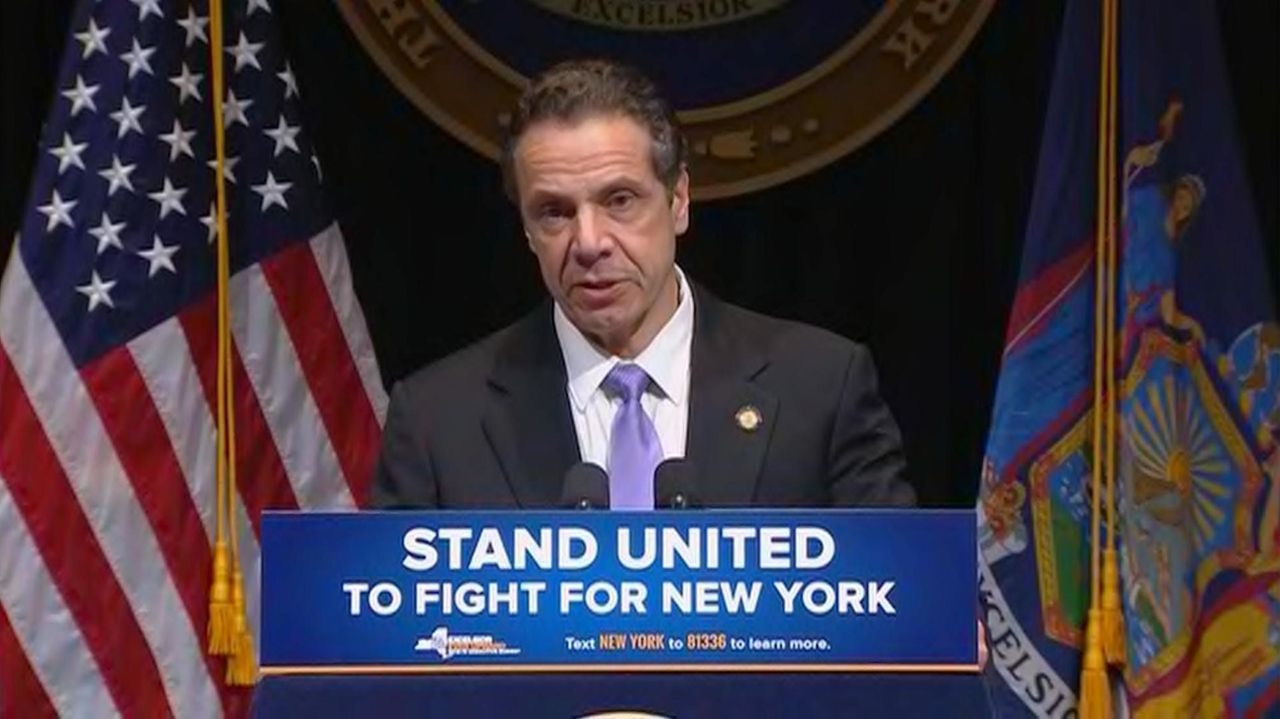 With New York facing a deficit, Gov. Andrew M. Cuomo scaled back an expected spending boost for elementary and secondary education, proposing on Tuesday, Jan. 16, 2018 a 3 percent hike. Cuomo, a Democrat now in his eighth year in office, outlined his ideas for a $168 billion budget for the 2018-19 fiscal year. Credit: News 12 Long Island

ALBANY — New York State’s baseline cap on growth in local school taxes for 2018-19 will be 2 percent, the state comptroller’s office said Tuesday — the highest in five years and up substantially from this year’s 1.26 percent.

On Long Island, school tax levies account for about two-thirds of property owners’ total bill. School districts use the baseline to calculate tax caps on individual systems, which vary depending upon exceptions allowed under the law such as voter-approved borrowing for school construction and renovation.

This year, recent changes in federal income-tax law governing deductions of state and local taxes have added a formidable quirk to the financial picture, both for school districts and taxpayers. Gov. Andrew M. Cuomo, in his broader budget message Tuesday, outlined a complex plan for restructuring the state’s own tax system to ease the impact of the federal changes.

Joseph Dragone, assistant superintendent for business in the Roslyn school district, said Long Island homeowners generally are very aware of the new provision that limits deductions of state and local taxes against federal income taxes to $10,000 a year.

“Any property tax increase this year will be a much harder sell than in the past, given the federal tax law’s treatment of property tax deductions,” Dragone said. “And of course, we’ve been trying to keep taxes down for years, but the pressure to do so is going to be even more intense.”

For many Long Islanders, that new $10,000 limit will not cover their property taxes. Before the end of the year, scores of homeowners stood in line at town tax receivers’ offices to ask questions and try to pay their 2018 taxes early — even though it wasn’t clear if the new law will allow them to deduct 2018 payments from their 2017 federal tax.

The state’s tax-cap law, first in effect in the 2012-13 school year, limits tax-levy increases to 2 percent or the inflation rate, whichever is lower.

The law was designed to rein in local property taxes, which rank among the nation’s highest. In addition to school districts, the law applies to counties, municipalities and other local governments. Comptroller Thomas DiNapoli’s office calculates a separate baseline for school districts.

Lars Clemensen, superintendent of Hampton Bays schools and president of the Suffolk County School Superintendents Association, pointed out that schools chiefs across the state have been pushing for a flat annual cap of 2 percent.

“Stability is what districts are craving,” he said. “So if the state were to move to a stable annual 2 percent, then there’s reliability and we plan within that.”

David Flatley, superintendent of Carle Place schools and president of the Nassau County Council of School Superintendents, said that caps, even at their upper limit of 2 percent, limit what districts can raise on their own and make districts much more dependent on state aid.

Districts across the Island were awaiting the release of the full breakdown outlining state assistance under Gov. Andrew M. Cuomo’s proposed budget. The computerized document, called the “school runs,” was issued Tuesday night.

Andrea Vecchio, founder of East Islip TaxPac, a local taxpayer advocacy group, noted that her group helped lobby for caps for many years. Since the tax-cap law took effect, she said, many districts have increasingly sought voters’ authorization of bond issues — spending that is exempt from the cap.

“Two percent is fine,” Vecchio said of the baseline cap. “What’s more concerning are these bond issues that are coming up every year, that are making a joke out of the tax cap.”

In the East Islip district, the school board was scheduled to act Wednesday on a resolution putting a bond issue up for community vote on May 15, along with its proposed 2018-19 budget.

The money would be used for $59.9 million in capital improvements districtwide — many for security and bringing facilities into compliance with the Americans with Disabilities Act — to be funded by the bond issue and a previously established capital reserve fund.

The statewide allowable tax-levy increase for school districts is calculated by the state comptroller’s office as a baseline cap figure.

Under state law, the baseline is 2 percent or tied to the inflation rate, whichever is lower. Each district has its own tax-cap limit that is based on the statewide figure but adjusted for exemptions allowed under the law.