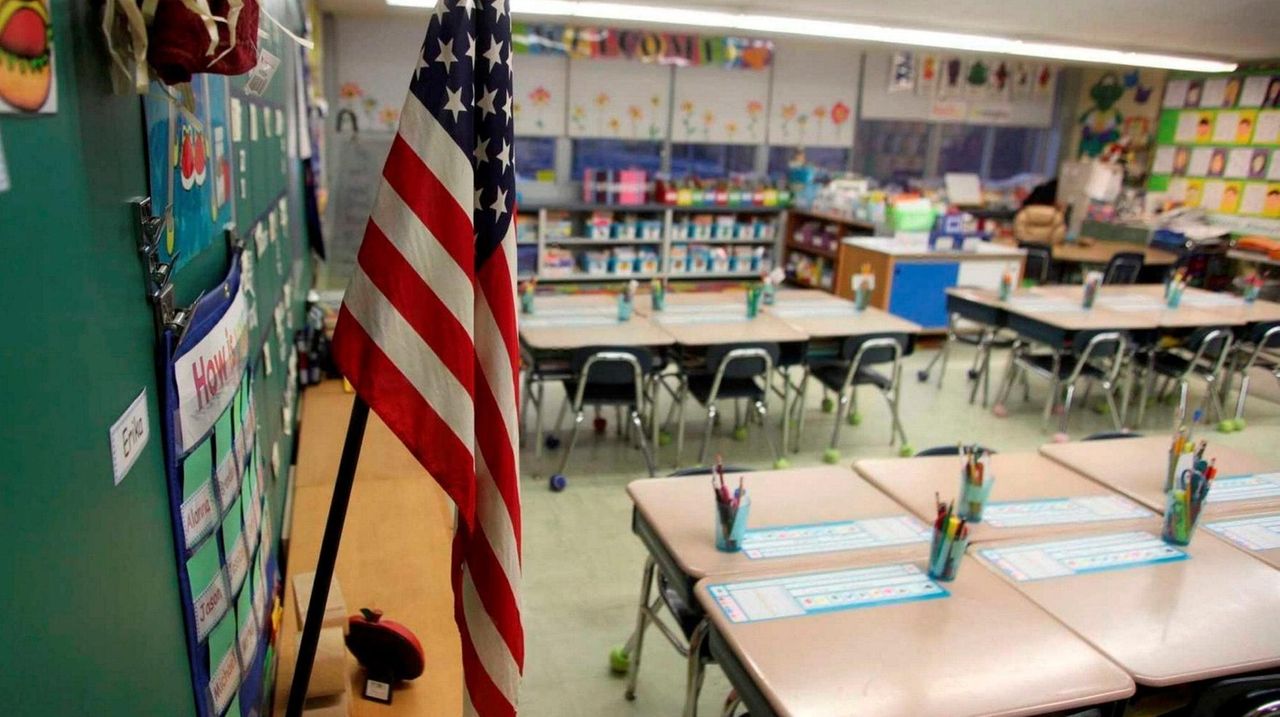 A majority of Long Island's school administrators, teachers and other educators earn six-figure pay packages, according to a new independent report that examines compensation for tens of thousands of public school employees regionally and across the state.

Educators say pay levels reflect the region's relatively high cost of living, along with the desire of local school districts to remain competitive in recruiting staff. Another factor, educators say, is that they must earn master's degrees to work long term in New York State — a requirement involving considerable personal expense.

A majority of Long Island’s teachers and other education professionals — nearly 32,000 in all — earn six-figure pay.

Many pay packages exceed $200,000, due to a combination of salaries and stipends for extra work, such as coaching and advising student clubs.

The latest report, from the nonprofit Empire Center for Public Policy, finds 31,887 public school professionals in Nassau and Suffolk counties with total annual compensation of $100,000 or more. Those employees represent 53% of the total 60,586 working on the Island.

The Nassau-Suffolk region, along with Westchester County, tends to dominate lists of highly compensated professionals in the annual reviews conducted by the Albany-based Empire Center. For example, 570 Long Island educators are included among the top-paid 1,000 professionals statewide listed in Empire's latest report.

All those top earners draw at least $200,000 a year, and some figures go far higher. That's because the packages reviewed include not only straight salaries, but also stipends for extra work such as coaching and advising student clubs, as well as retirement payouts.

The 10 highest-paid educators on the Island, including current or former district superintendents as well as teachers, had packages ranging from $405,000 to $766,000.

Kishore Kuncham, superintendent of Freeport schools, ranked 10th. Kuncham, in a phone interview, said his compensation included payouts for unused vacation days as well as salary, and reflected in part his 13 years as a schools chief — one of the longest tenures in the region.

"I'm extremely proud to continue to serve," said Kuncham, who heads one of the region's larger districts with nearly 7,000 students. As accomplishments, he listed improved graduation rates along with a zero tax-levy increase for six of the past seven years.

Peter Warren, director of research for the Empire Center, noted in an interview that the Island ranks high in compensation even in a state where average teacher remuneration is the highest in the country.

"Long Island is an outlier within an outlier," Warren said. "There's a major question as to whether school performance reflects expenditures. I don't think you can necessarily show a correlation that the higher the pay of the teacher, the better the performance of the students, particularly as you go up the pay scale."

Teacher representatives point out, on the other hand, that New York State and the Island stand out in certain areas of student performance — for instance, in scores on college-level Advanced Placement tests, as well as in national science competitions.

"New York's teachers are dedicated to ensuring that our children receive a high-quality public education," said Matthew Hamilton, press secretary for the New York State United Teachers union. "NYSUT is proud to support hundreds of thousands of educators who deserve fair pay and benefits that reflect their hard work and high levels of expertise and education."

The united teachers organization is a statewide umbrella group that includes all union locals on the Island.

For its annual review, the Empire Center analyzed payroll records for the 2020-21 school year kept by the New York State Teachers' Retirement System. The system, which ranks among the 10 largest public pension funds in the country, serves school administrators, teachers and other professionals such as librarians and guidance counselors. It extends statewide but excludes New York City, which has its own pension system.

Statewide, the percentage of educators pulling in six-figure pay has nearly doubled in the last 10 years, Empire reported. The conservative, nonpartisan think tank maintains a website, SeeThroughNY.net, that monitors government spending at local and state levels.

One taxpayer advocate, Laurann Pandelakis, of Manhasset, said she agreed with Empire analysts that rising pay scales, built automatically into union contracts, were no guarantee of higher student achievement.

"If you have a system where merit doesn't count, it brings down an entire level of performance," said Pandelakis, a former teacher and school administrator. She is a founder of Long Islanders for Educational Reform, a regional advocacy group.

Nearly 31,000 LI educators make six figures; advocates say they deserve itEducation advocates say pay scales that provide tens of thousands of public school professionals on Long Island with annual salaries of $100,000 or more are necessary to recruit and retain staff in one of the nation's most expensive regions to live.